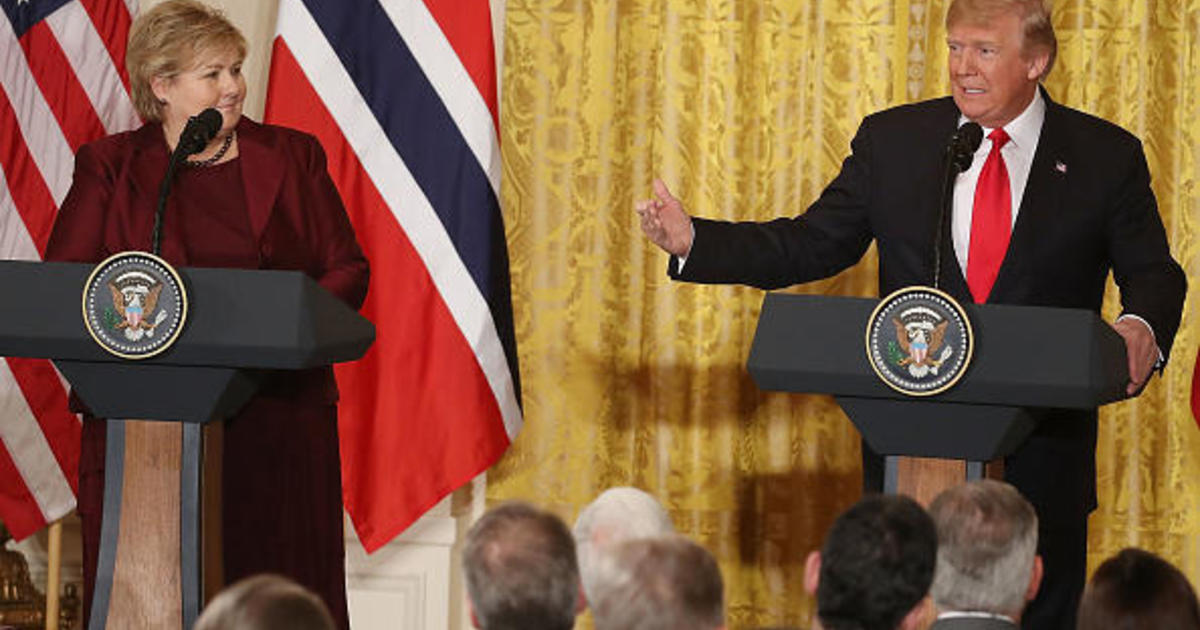 When Norwegian Prime Minister Erna Solberg met with President Donald Trump in early January, little did she know that he would soon be invoking her country as one he would welcome more immigrants from.

It may not have been his intention, but the president’s comments, which came shortly after he and Solberg convened, sparked a firestorm in the U.S. and globally, especially given the vulgarities he uttered in making clear his disdain for allowing more immigrants from Haiti, El Salvador and African nations.

Solberg, prime minister of the non-European Union member Norway since 2013, put a diplomatic spin on a controversial topic in an interview with CBS MoneyWatch, saying it’s “good for Norwegians to hear they are liked.”

Still, she threw some good-natured cold water on Mr. Trump’s perhaps fleeting desire for more Norwegians to come live in the U.S., saying that trend peaked in the late 1880s. “There are in fact more Americans coming to live in Norway than there are Norwegians going to the U.S., so maybe we are getting some back.”

Immigration from the Scandinavian country has slowed to a drip: Just 404 Norwegians became legal U.S. residents in 2016, according to the Department of Homeland Security. By comparison, Norway had about 10,000 immigrants from North America the same year, according to its statistics.

The issue is also one that Solberg has a background in, having served as Norway’s minister of immigration policies 15 years ago. In crafting a policy, government officials decided on a stated goal that “children of immigrants should have the same possibilities as the children of people born in Norway,” she said.

Norway’s efforts along those lines are proving successful. “The rates of participation and follow through in secondary schools now equal” between both groups, she said. “The possibilities for the second generation are good.”

Climate change is another topic on which Norway has diverging views from that of the Trump administration. Solberg said she made the argument to the president that there are job-creation and business opportunities in green energy.

“There is a lot of technology development now because some of us, like Norway, are doing strict policies on CO2 emissions,” she said. She noted that more than 40 percent of all new car sales in Norway are hybrids or electric vehicles.

Tesla (TSLA) is among the manufacturers, she said, “selling quite a lot of cars to Norway now.”

Alibaba has doubled in the last year, and it has more room to run, says trader

Thu Jan 25 , 2018
Alibaba hit a new record intraday high on Thursday, and TradingAnalysis.com founder Todd Gordon says the stock will see even more new highs when it reports earnings next Thursday. “The stock had been consolidating in September, October and right through the end of 2017,” he said Thursday on CNBC’s“Trading Nation.” […] 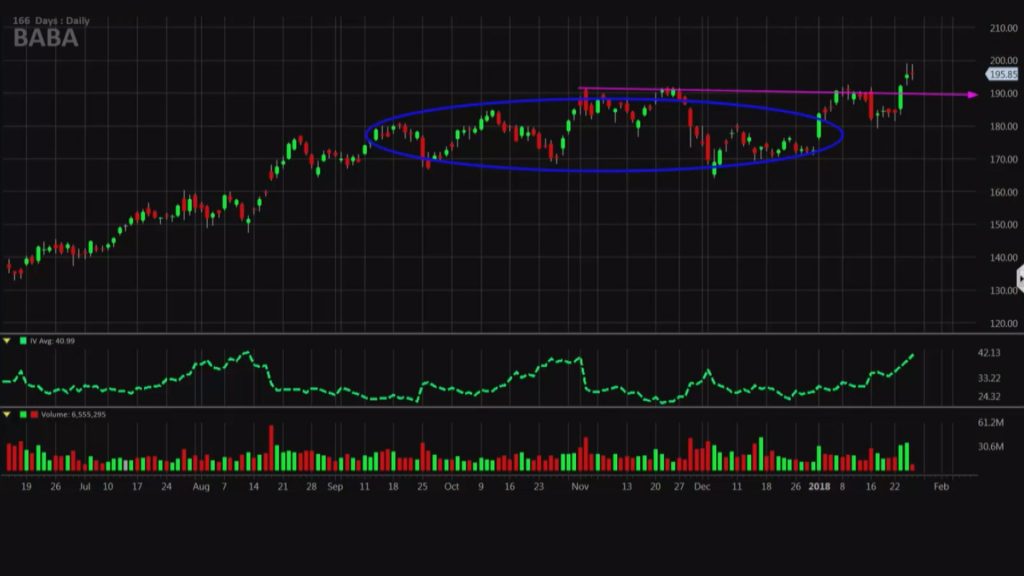