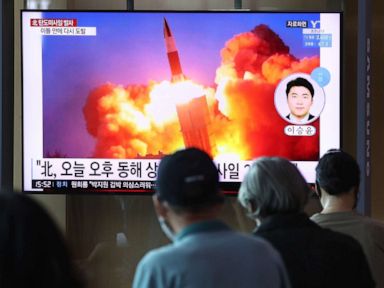 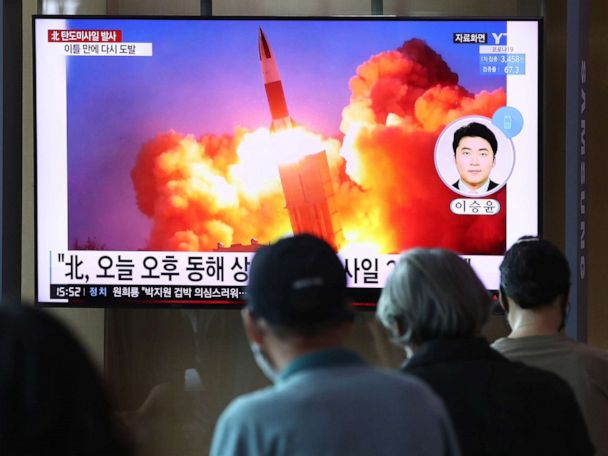 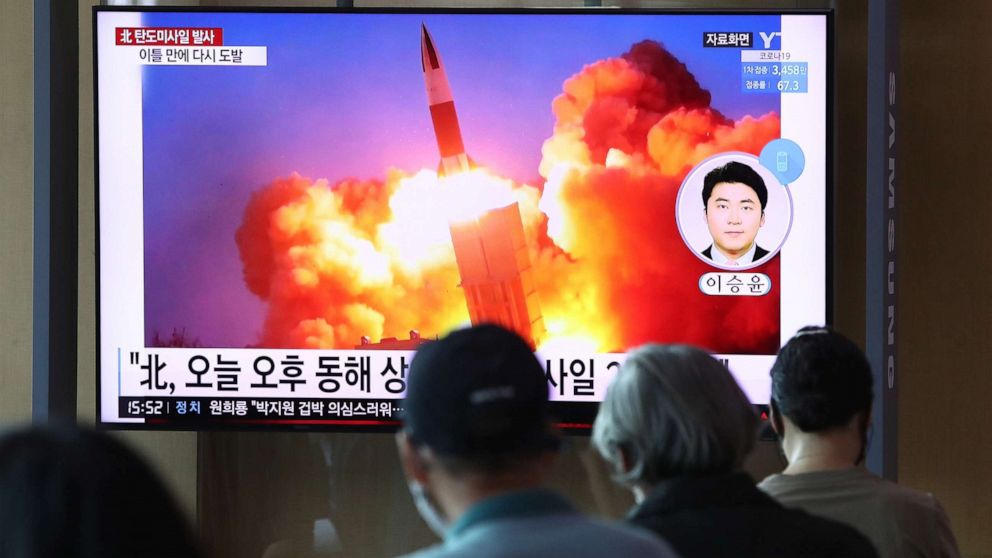 The missiles landed in the waters between the Korean Peninsula and Japan.

The missiles were launched from central North Korea and soared nearly 500 miles before landing in the waters between the Korean Peninsula and Japan. It’s the second time this week that the reclusive country has test-launched missiles.

“North Korea fired two unidentified ballistic missiles off its East Coast,” the Joint Chiefs of Staff of South Korea told ABC News in a statement Wednesday. “South Korea and the U.S. intelligence are analyzing for details.”

The United States Indo-Pacific Command described the North Korean missile launch as “destabilizing” but said there was no “immediate threat to U.S. personnel or territory, or to our allies.”

“We are aware of the missile launch and are consulting closely with our allies and partners,” the command said in a statement Wednesday. “While we have assessed that this event does not pose an immediate threat to U.S. personnel or territory, or to our allies, the missile launch highlights the destabilizing impact of the DPRK’s illicit weapons program. The U.S. commitment to the defense of the Republic of Korea and Japan remains ironclad.”

Meanwhile, Japanese Prime Minister Yoshihide Suga called the launch “simply outrageous,” condemning it as a “threat to the peace and security” of the region and a clear violation of U.N. Security Council resolutions that ban North Korea from engaging in any ballistic missile activities.

“We will work closely with the U.S., South Korea and other concerned nations to resolutely protect the lives of our citizens and their peaceful lives,” Suga told reporters Wednesday.

The missile launch came just two days after Pyongyang announced that it had fired a newly developed cruise missile twice over the weekend, marking the country’s first weapons test in six months. North Korean state media on Monday described the long-range missile as a “strategic weapon of great significance.”

Analysts in Seoul saw the consecutive ballistic tests as a provocation on the heels of a strongly-worded statement released last month by Kim Yo Jong, the powerful sister of North Korean leader Kim Jong Un. She criticized South Korea for taking part in an annual joint military drill with the United States and warned that “a dear price will be paid.”

Nevertheless, Koh Yu-hwan, president of the Korea Institute for National Unification, a government-funded think tank in Seoul, said the recent missile tests posed “no real threat to the U.S. mainland.”

“North Korea is walking a tightrope of crossing the promise Kim Jong Un made with former [U.S.] President [Donald] Trump at the Singapore summit to refrain from firing long-range missiles or conducting nuclear experiments,” Koh told ABC News on Wednesday.

Cha Du Hyeogn, a visiting research fellow at the Asan Institute for Policy Studies, an independent, non-profit think tank in Seoul, said the provocative launches were “not surprising.”

“We could see this as a low-intensity provocation in a short interval to call for the U.S. attention,” Cha told ABC News on Wednesday. “The communist state is trying to show the world that they are keen on developing a weapons system, but at the same time is being careful not to break the nuclear moratorium.”

North Korea has maintained a self-imposed moratorium on nuclear and long-range missile tests since 2017, but the country’s leader said in 2020 that he will no longer be bound by such restrictions.

Pyongyang’s latest missile launch — the fifth this year — coincided with Chinese Foreign Minister Wang Yi’s visit to Seoul, where he met with South Korean President Moon Jae-in and other senior officials to discuss the stalled nuclear talks with the North. When asked by reporters for comment on the ballistic test, Wang emphasized the importance of resuming dialogue and bringing peace to the Korean Peninsula.

Gov. Gavin Newsom will not be recalled in California election, ABC News projects

Wed Sep 15 , 2021
California has voted not to recall Gov. Gavin Newsom, according to a projection from ABC News based on exit polls and an analysis of votes. With 65% of the expected vote reported so far, 66% of electors in Tuesday’s special election are against recalling the Democratic governor. “I’m humbled and […]