Norm Macdonald, the comedian and former “Saturday Night Live” star, has died from cancer, his manager confirmed to CBS News on Tuesday. He was 61.

Macdonald began his career in television as a writer on “Rosanne” and the “Dennis Miller Show” in 1992. The following year, he became a cast member at “Saturday Night Live,” a role that would define his career. He is best known for his work as an anchor for the show’s Weekend Update sketch, a spot he held for four years before passing the torch to comedian Colin Quinn.

Macdonald would go on to appear in numerous films and TV shows, including “The Norm Show,” “Billy Madison” and a notable appearance in “The Comedy Central Roast of Bob Saget.”

In addition to his standup comedy and live action film and TV work, Macdonald was also a successful voice actor, giving voice to the dog Lucky in several “Dr. Doolittle” films and Death in multiple episodes of “Family Guy.” Some of his more recent roles included Yaphit, a gelatinous engineer on Fox’s “The Orville,” and as an alcoholic pigeon on the animated Comedy Central series “Mike Tyson Mysteries.”

“Norm defined an American humor that was smart and real. He was a true original,” Jeff Danis, the president of DPN Talent, said in a statement. “He will be greatly missed.”

Fans and friends of Macdonald took to social media to express their sadness over the loss of the comedian.

“I am absolutely devastated about Norm Macdonald,” Conan O’Brien said Tuesday. “Norm had the most unique comedic voice I have ever encountered and he was so relentlessly and uncompromisingly funny. I will never laugh that hard again. I’m so sad for all of us today.”

Seth Macfarlane, who created and starred in “Family Guy” and “The Orville,” called the late actor “hilarious” and “generous” in a touching Twitter post.

“To so many people in comedy, me included, there was nobody funnier than Norm MacDonald,” Macfarlane wrote. “You always hoped he would hang around after the work was done, just so you could hear his stories and get a laugh. So hilarious and so generous with his personality. I’m gonna miss him.”

Actor Seth Rogen revealed that he patterned many of his early appearances on Macdonald’s voice and mannerisms.

“I would stay up specifically to watch him on talk shows,’ Rogen said. “He was the funniest guest of all time. We lost a comedy giant today. One of the the all time greats.”

Tue Sep 14 , 2021
United States Capitol Police arrested a California man who had multiple knives in his truck near the Democratic National Committee headquarters. Source: Capitol Police Twitter. A judge Tuesday ordered a California man to be held without bond, a day after he was arrested near the Democratic National Committee Headquarters in […] 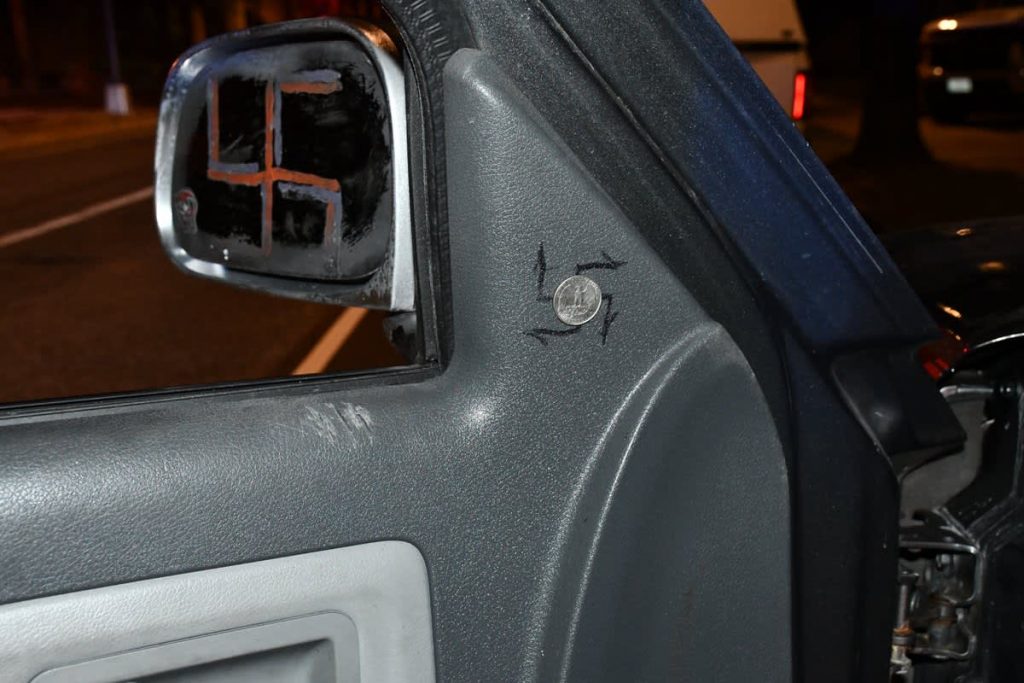