There were frantic moments as skiers at Squaw Valley, near Lake Tahoe, scrambled to find a man buried by an avalanche.

“My husband is missing please!” said one woman.

They found the man under several feet of snow — alive.

“He opened up his eyes and he’s looking right at me and he says where’s my wife?” Breault said.

The blizzard dumped up to 3 feet of snow and closed major highways. The driver of one tractor trailer lost control in a whiteout.

In southern California, the storm brought rain, and heightened concerns in Montecito, where thousands were ordered to evacuate by Santa Barbara County Sheriff Bill Brown.

“Unfortunately this has got to become part of our new normal,” Brown said.

Authorities had feared a repeat of January’s deadly mudslide, the result of hills stripped bare by last year’s massive wildfires.

The rain was heavy at times, but other than minor debris flows closing some roads, there was little damage.

Despite the flooding fears from earlier downpours, overall, the rain is good news for southern California. This area is still in the midst of a severe drought.

Sat Mar 3 , 2018
A tip of a snowboard peeking out from smothering avalanche snow helped rescuers at the Squaw Valley Ski Resort find and dig up one man. Following an avalanche on Friday, rescuers found the clue and carefully dug by hand and shovel — they managed to find the man alive and […] 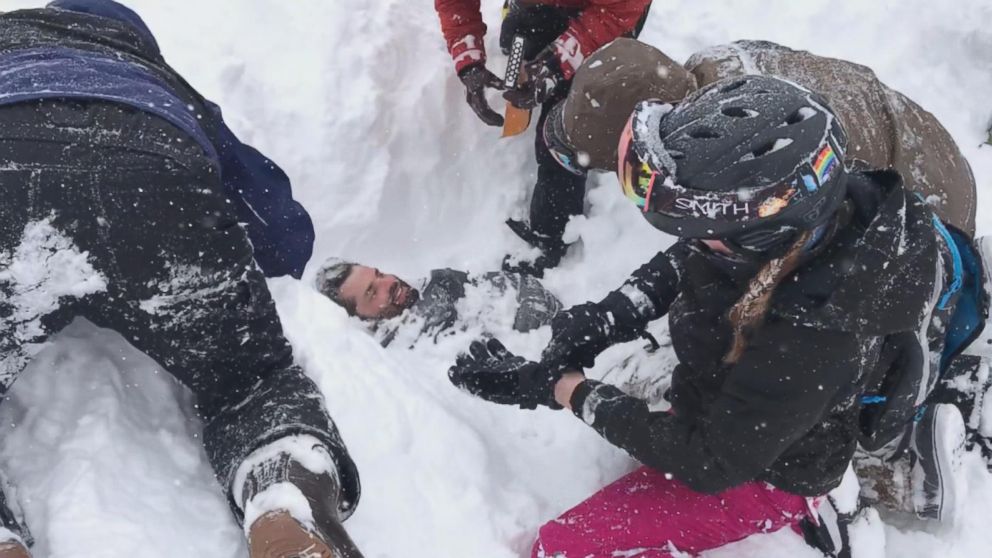