According to the firm’s chief market strategist, the gridlock influencing stocks is even more powerful than election uncertainty.

“The No. 1 catalyst in this market causing the most volatility is the path of fiscal policy and whether we can get that out of the Beltway,” Hogan told CNBC’s “Trading Nation” on Wednesday. “We need more fiscal policy stimulus. We’ve heard that from the Fed. We’ve certainly heard that from economists.”

Hogan contends a key part of the summer stock rally hinged on the notion a $1.5 trillion or more aid package was coming. A measure of that size would have helped everyone from consumers to airlines.

Now with higher odds that a comprehensive deal won’t come until after the election, Hogan believes Wall Street isn’t as concerned about who wins the White House anymore.

“I think the market participants certainly feel more comfortable with a [Joe] Biden presidency and even a blue wave,” he said. “The Democrats in the White House and the Democrat-controlled Congress probably brings more, not less, fiscal stimulus.”

The amount of the funds, according to Hogan, would offset Biden’s planned agenda to raise corporate taxes.

“Things are much more rationally valued.”

As Wall Street digests the stimulus and election headlines, Hogan sees that the overall market is much healthier now than it was in late August and early September. He uses a technical reading known as the RSI or relative strength index, to make his case.

Hogan noted that September’s drawdown and this month’s volatility has pushed the reading to around 50 from close to 90.

“We actually entered this month at a relative valuation basis technically much more neutral. That’s a much better place to be. That doesn’t mean we’ll see less volatility,” said Hogan, who manages $15 billion in assets. “But it certainly means that volatility happens at a place where things are much more rationally valued.”

He anticipates the S&P 500 will continue to trade mostly between 3,200 and 3,400 between now and the end of the year — which suggests Wednesday’s close of 3,419 will be fleeting.

However, Hogan also believes a return to record highs is attainable before 2021.

“With the certainty of the election behind us, we could break out from the top end of that and get to 3,600 by year-end,” Hogan said.

Wed Oct 7 , 2020
Big Tech stocks barely flinched one day after members of Congress recommended parts of their underlying companies be broken up, but investors should be ready to buy if the stocks dip in the future, CNBC’s Jim Cramer said Wednesday. “The time these Big Tech stocks get hit by some bad […] 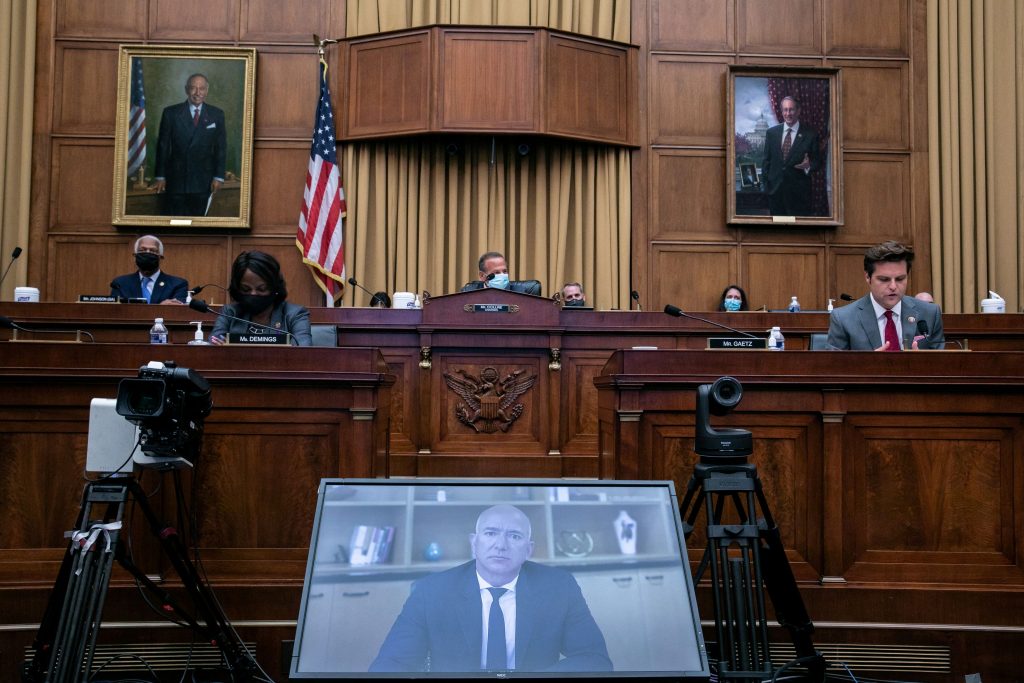