FILE PHOTO: A Nissan logo is pictured during the media day for the Shanghai auto show in Shanghai, China, April 16, 2019. REUTERS/Aly Song/File Photo

YOKOHAMA (Reuters) – Nissan Motor Co forecast a 28% drop in its annual operating profit, setting it up for the weakest earnings in 11 years and underscoring its struggle to turn the page after the ouster of former Chairman Carlos Ghosn.

The lackluster performance at Japan’s No.2 automaker, which has been hit hard by Ghosn’s arrest last year, adds to pressure on CEO Hiroto Saikawa as he tries to put aside the scandal and focus on overhauling corporate governance and giving Nissan a more equal footing with alliance partner Renault.

Nissan forecast operating profit of 230 billion yen ($2.10 billion) for the year to March 2020, versus 318 billion yen in the year just ended. The forecast compared to a 457.7 billion yen average of 23 analyst estimates compiled by Refinitiv.

Earlier in the day, Kyodo news reported that Tokyo prosecutors had filed a request to revise their indictment against Ghosn, providing more details on alleged cash transfers involving the former executive and a Saudi friend.

Ghosn, currently out on bail and awaiting trial in Japan, has been charged on several counts of financial misconduct and of allegedly enriching himself at Nissan’s expense.

He has denied all the charges against him and said he is the victim of a boardroom coup.

The scandal rocked the global auto industry and has raised concerns about Nissan’s ability to regain its footing following the departure of the charismatic leader and architect of its alliance with Renault.

The automaker also cut its mid-term revenue target to 14.5 trillion yen by 2022, from 16.5 trillion yen. It sees its annual operating margin at 6% by then, versus an earlier target for 8%.

Shares of Nissan are down around 2% this year, after losing a fifth of their value last year.

Tue May 14 , 2019
FILE PHOTO: Silhouettes of mobile users are seen next to a screen projection of Whatsapp logo in this picture illustration taken March 28, 2018. REUTERS/Dado Ruvic/Illustration May 14, 2019 By Steven Scheer JERUSALEM (Reuters) – Facebook’s WhatsApp urged users to upgrade to the latest version of its popular messaging app […] 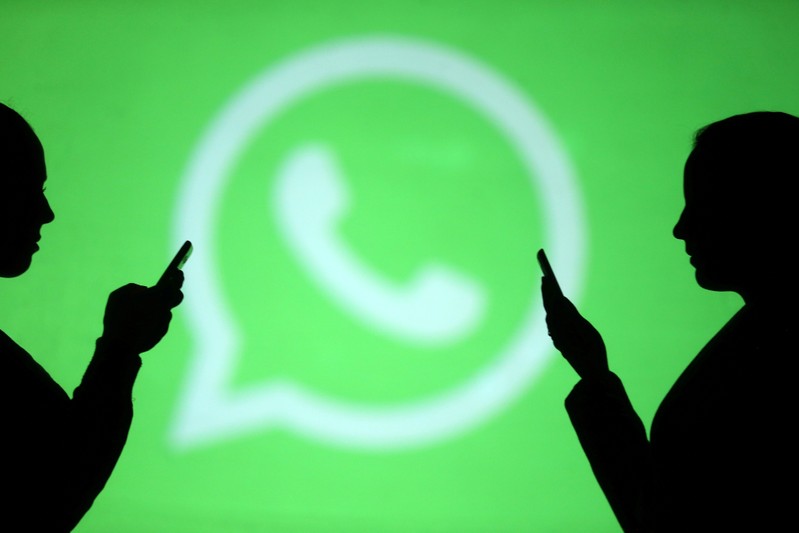