Nipsey Hussle, a seasoned West Coast MC turned entrepreneur, was shot and killed outside his clothing store in Los Angeles on Sunday. He was 33. Los Angeles Mayor Eric Garcetti confirmed the death late Sunday with a tweet, writing, “L.A. is hurt deeply each time a young life is lost to senseless gun violence.”

Police said two other unidentified people were shot outside the rapper’s Marathon Clothing store at 3:25 p.m. local time. Their wounds didn’t appear to be life-threatening.

Garcetti tweeted, “Our hearts are with the loved ones of Nipsey Hussle and everyone touched by this awful tragedy … My Crisis Response Team is assisting the families coping with shock and grief.”

The Los Angeles Police Department said in a Sunday press conference that a suspect is at large, described as a black male. They also said the area would be on lockdown as the investigation continues. There was no immediate word on a motive.

LAPD tweeted Sunday that its homicide division is conducting an investigation.

LAPD also said it wouldn’t confirm the identity of the victim who died, saying the coroner would make the positive identification after notifying the family.

The rapper, born Ermias Asghedom, was widely known for his grind as an independent artist. He began pushing out mixtapes in 2005, and infamously sold physical copies of his 2013 mixtape “Crenshaw” for $100 a piece. Legend has it that Jay Z was so inspired by the move that he purchased 100 copies of the tape.

Earlier this year, his long-awaited debut studio album, “Victory Lap,” earned a Grammy nod for best rap album. It recalled gritty tales of surviving street life, like fighting off would-be robbers and digging up $100,000 his brother stashed in his mother’s backyard. The album featured artists like Kendrick Lamar, CeeLo Green, Diddy and The Dream.

Outside the recording booth, Nipsey Hussle also found success as an entrepreneur, opening a STEM center and co-working space Vector 90 in his hometown of Crenshaw. He also opened his Marathon Clothing store in 2017.

He began dating actress Lauren London in 2013. Three years later, she gave birth to their son, Kross Asghedom. London has not tweeted about the shooting as of late Sunday.

Mon Apr 1 , 2019
Image 1 of 2 ▼ Japanese Prime Minister Shinzo Abe walks past the name of new era “Reiwa” on display at the Prime Minister’s office in Tokyo, Monday, April 1, 2019. Japan says next emperor Naruhito’s era name is Reiwa, effective May 1 when he takes the throne from his […] 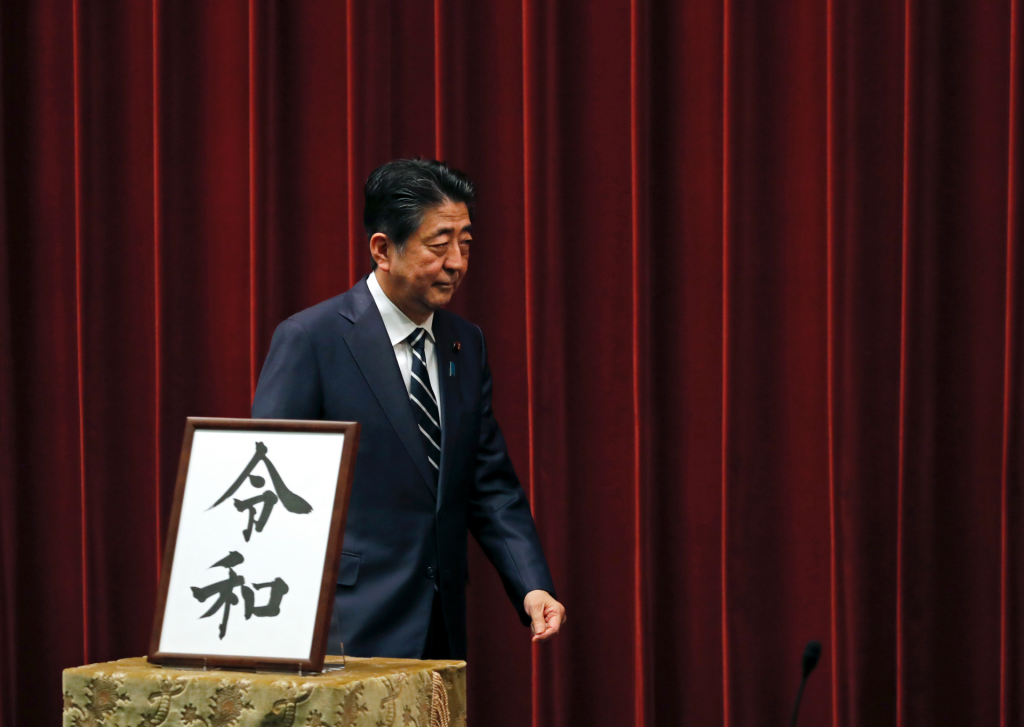