Tropical Storm Nicholas could “cause life-threatening flash floods across the deep South during the next couple of days,” the National Hurricane Center says. The storm, which reached hurricane strength late Monday, made landfall along the central Texas coast early Tuesday before weakening back into a tropical storm.

Nicholas was about 30 miles south-southwest of Houston at 4 a.m. CDT and about 35 miles north-northwest of Freeport, Texas, and was moving north-northeast at 9 miles an hour. It had with maximum sustained winds of 70 mph after they dropped below the 74 mph threshold for a hurricane.

The storm is expected to move slowly northeast, deeper into Texas later Tuesday and farther east by Wednesday, over Louisiana. Little movement is likely on Thursday. The hurricane center said Nicholas should weaken some more today and become a tropical depression by Wednesday.

But it’s still packing a drenching punch. It’s “expected to produce additional rainfall of 5 to 10 inches from the upper Texas coastal area into central to southern Louisiana, far southern Mississippi and far southern Alabama, with isolated storm totals of 20 inches across central to southern Louisiana,” the center says. “Life-threatening flash flooding impacts, especially in urbanized metropolitan areas, are possible across these regions.”

CBS Houston affiliate KHOU-TV reported that more than 8 inches of rain fell in some areas along the coast within hours of landfall. Inland, rainfall was much less — but gusty winds were knocking out power. Some 390,000 Houston area homes and businesses had no electricity.

The Gulf Coast is still recovering from the devastation of Hurricane Ida. In southeast Louisiana, officials said more than 130,000 buildings were still without power as of Sunday. Ahead of Nicholas, Governor John Bel Edwards declared a state of emergency and urged residents to prepare for possible flooding and heavy rain.

“One of the things we have to guard against is dismissing the threat of this storm because it is not projected currently to reach hurricane strength before it makes landfall,” Edwards said Monday. “I know bracing for another storm while we are still responding to and trying to recover from Hurricane Ida is not the position we wanted to be in, but it is the situation we are prepared for.”

Nicholas is the 14th named storm of the season, a number usually hit later in mid-November.

Tue Sep 14 , 2021
BEIJING — A Chinese woman was shoved by antagonistic bystanders as she headed to court Tuesday in one of the few remaining #MeToo cases from a tamped-down movement whose legacy remains uncertain. Zhou Xiaoxuan, a former intern at Chinese state broadcaster CCTV, became the face of the country’s #MeToo movement […] 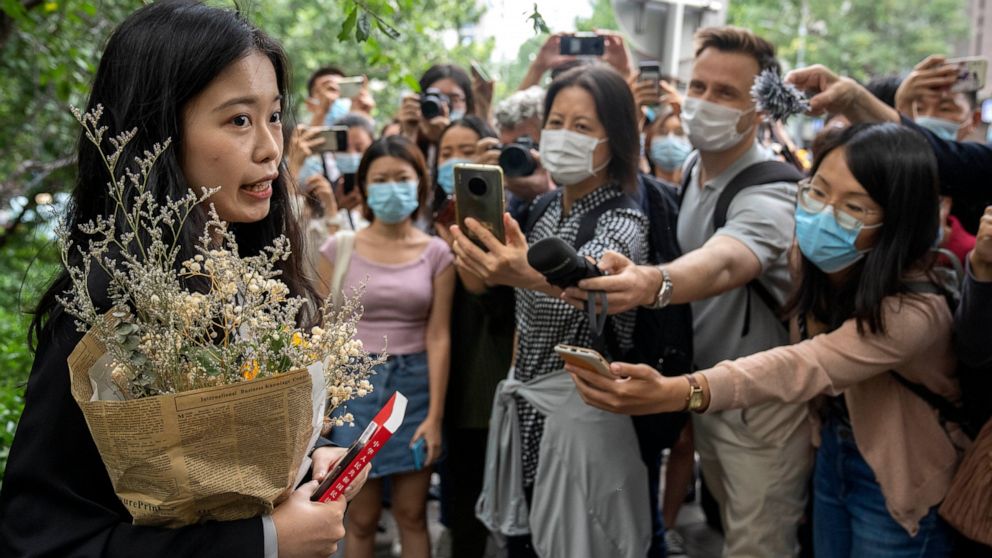