The Pittsburgh Steelers remained the NFL’s lone undefeated team by rebounding from a lackluster offensive first half on the road and outlasting the depleted Baltimore Ravens 28-24 in an AFC North battle Sunday.

Ben Roethlisberger found Chase Claypool on the right edge of the end zone from 8 yards out with 7:29 remaining for what proved to be the winning touchdown.

The bad news wasn’t limited to the score for the Ravens (5-2), whose All-Pro left tackle, Ronnie Stanley, was carted off the field in the first quarter with a broken left ankle. Right guard Tyre Phillips also left the game with an ankle injury. In addition, linebacker Matthew Judon was ejected for intentional contact with an official during a skirmish in the second quarter.

The Steelers improved to 7-0 as Roethlisberger finished 21-of-32 for 182 yards — 158 of them coming in the second half, after the Steelers were outgained in the first half 254-64 and trailed 17-7. Baltimore’s Lamar Jackson completed 13 of 28 passes for 208 yards and two touchdowns, with two interceptions. He also rushed for 65 yards.

Drew Lock passed for 248 yards and three touchdowns, the last one to K.J.Hamler as time expired, as host Denver rallied to beat Los Angeles.

DaeSean Hamilton had four catches for 82 yards and a touchdown, Albert Okwuegbunam had another TD reception, and Phillip Lindsay ran for 83 yards and a score for Denver (3-4). Lock was 26-for-41 passing as the Broncos came back from a 24-3 third-quarter deficit.

Justin Herbert finished 29-for-43 passing for 278 yards and three touchdowns for the Chargers (2-5), with Mike Williams catching five passes for 99 yards and a score and Keenan Allen nine receptions for 67 yards and a touchdown.

Lutz’s fourth field goal, a 35-yarder with 1:36 left, ended the game on the third overall possession of overtime.

Brees completed 31 of 41 for 280 yards and threw a 16-yard touchdown to Jared Cook and a 20-yarder to Taysom Hill as the Saints improved to 5-2. Nick Foles completed 28 of 41 for 272 yards and two touchdowns but also threw an interception as the Bears (5-3) lost their second consecutive game.

New England (2-5) was driving for at least the potential tying score, but quarterback Cam Newton fumbled on second-and-10 from the Buffalo 19. The Bills’ Dean Marlowe recovered the ball at the 13 with 31 seconds left.

Zack Moss rushed for two touchdowns for Buffalo (6-2), which leads the AFC East and expanded its advantage on third-place New England. The Bills snapped a seven-game losing streak to the Patriots, who have won the AFC East in each of the past 11 seasons. The Patriots’ skid is their longest since 2002. They are 2-5 for the first time since 2000, coach Bill Belichick’s first season in New England.

Derek Carr tossed the go-ahead touchdown pass in the fourth quarter and Josh Jacobs rushed for 128 yards to lead visiting Las Vegas to a defeat of host Cleveland during chilly and windy conditions.

Daniel Carlson connected on field goals of 29, 33 and 24 yards in a contest that featured sleet and snow flurries and was played with steady winds of 35 mph, with gusts reaching 50 mph. Carr completed 15 of 24 passes for 112 yards and rushed for 41 yards on six carries for Las Vegas (4-3). Jacobs had 31 carries in his first 100-yard game of the season.

Cody Parkey kicked field goals of 41 and 38 yards for Cleveland (5-3). Baker Mayfield completed 12 of 25 passes for 122 yards, while Kareem Hunt led the ground game with 66 yards on 14 carries. Jarvis Landry finished with four catches for 52 yards.

Philip Rivers threw two of his three first-half touchdown passes to Nyheim Hines as visiting Indianapolis rolled to a win over Detroit.

Rivers passed for 262 yards and Jordan Wilkins led Indianapolis’ rushing attack with 89 yards on 20 carries. The Colts (5-2) had 11 different receivers catch at least one pass.

Matthew Stafford passed for 336 yards and three touchdowns for Detroit (3-4), but he also had an interception returned for a touchdown and lost a fumble.

The Chiefs (7-1) led 21-9 at halftime, extending that when Mahomes completed passes on all six plays of an 83-yard scoring march in the third quarter. He connected with Demarcus Robinson for a 26-yard touchdown for the 28-9 lead. Playing his second game since he was released by the Jets and acquired by the Chiefs, two-time All-Pro running back Le’Veon Bell gained 7 yards on six rushing attempts and caught three passes for 31 yards.

The Jets (0-8) remained the only winless NFL team, and saw their string of quarters without a touchdown extended to six while they generated just 221 total yards.

Dalvin Cook ran for 163 yards and scored four touchdowns, including three on the ground, to lead Minnesota at NFC North-leading Green Bay, snapping the Packers’ eight-game winning streak in the division.

Back in the lineup for the first time since suffering a groin injury in a Week 5 loss at Seattle, Cook scored on runs of 21 yards and 1 yard twice, and took a screen pass 50 yards for a score as he gained 226 yards from scrimmage for the Vikings (2-5), who were solid on both sides of the ball following their bye week.

The Packers (5-2) lost for the second time in three games as Minnesota pulled out to a 28-14 third-quarter lead and held on. Aaron Rodgers was 27-for-41 passing for 291 yards and three touchdowns. He pulled the Packers to within six with 2:42 to go, but when they got the ball back in the final minute, DJ Wonnum preserved the Vikings’ victory by sacking Rodgers and forcing a fumble.

Rookie quarterback Joe Burrow threw for 249 yards and two touchdowns as Cincinnati pulled off one of the biggest upsets of Week 8, stopping visiting Tennessee.

Burrow completed 26 of 37 passes with no interceptions, leading Cincinnati (2-5-1) to its best performance of the year. The Bengals were outgained 441-367, but toppled the AFC South leaders by committing no turnovers and coming up with key defensive stops to frustrate Tennessee, which allowed at least 27 points for the fifth time in six games.

Derrick Henry rushed for 112 yards and a touchdown for the Titans (5-2), who lost their second straight game after a 5-0 start. Ryan Tannehill hit on 18 of 30 throws for 233 yards with two scores and an interception, while Corey Davis grabbed eight passes for 128 yards and a touchdown.

Wilson completed 27 of 37 passes for 261 yards as the Seahawks (6-1) bounced back from a 37-34 overtime loss last weekend at Arizona to maintain their spot atop the NFC West.

The 49ers (4-4), the defending NFC champions, suffered their first road loss of the season in four tries and remained in last place in the division.

Travis Fulgham and Jalen Reagor caught touchdown passes for the Eagles (3-4-1), who have won three of their past five games. Wentz completed 15 of 27 passes for 123 yards but committed four turnovers — two interceptions, two fumbles. He has thrown an NFL-worst 12 interceptions this season.

Rookie Ben DiNucci, a third-stringer pressed into action because of injuries, was 21-of-40 passing for 180 yards with a long gain of just 15 in his first NFL start for Dallas (2-6), which lost its third straight game. Greg Zuerlein kicked three field goals for the Cowboys.

Mon Nov 2 , 2020
Fox Business Flash top headlines are here. Check out what’s clicking on FoxBusiness.com. Starbucks said Monday it plans to open an outlet in Laos as it expands its network of more than 10,000 stores in Asian countries. Continue Reading Below The company said it plans to open the shop in […] 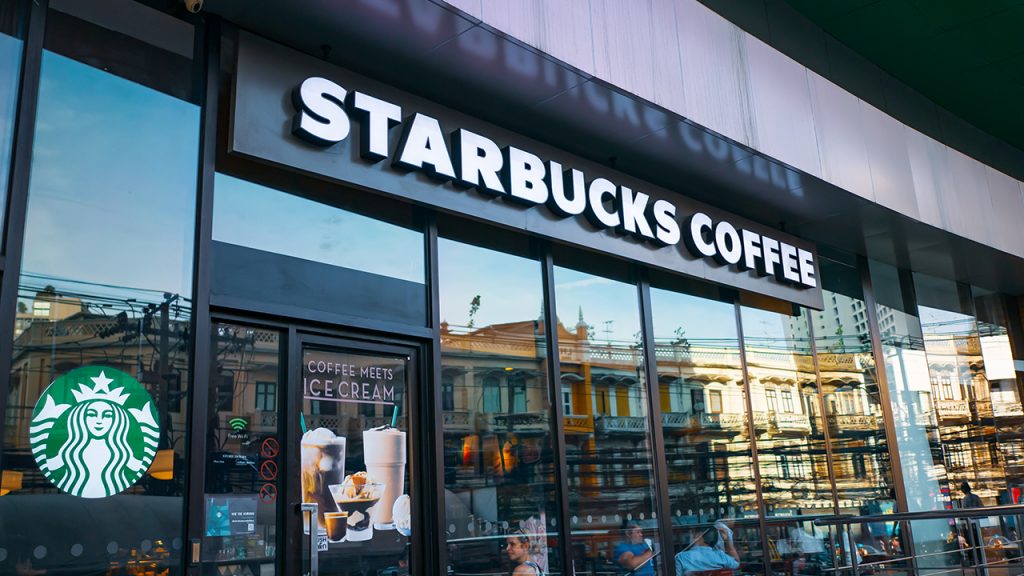