(Reuters) – Jon Gruden is unlikely to get another chance to coach an NFL team following the disclosure that he sent sexist, racist and homophobic emails, sports marketing experts said.

Gruden resigned as coach of the Las Vegas Raiders on Monday after the New York Times reported he used misogynistic and anti-gay language in numerous emails during a seven-year period dating back to 2010.

According to the Times, he used a racial trope to describe NFL Players Association Executive Director DeMaurice Smith, mocked the drafting of a gay player in 2014, the hiring of women referees and tolerance for player protests aimed at promoting racial justice.

“Given the NFL’s increased focus on combating racism, sexism and social injustice, I can’t see Gruden ever returning to a coaching position in the league,” said Bob Dorfman, a sports marketing analyst at Pinnacle Advertising.

“But assuming nothing worse in his past is uncovered, and he shows contrition, apologizes profusely, and does the necessary penance, in time he may be able to work his way back into the broadcasting booth, possibly with a network like Fox.”

Gruden, 58, resigned five games into the fourth season of a 10-year, $100 million contract, saying he did not want to be a distraction and adding that he never meant to hurt anyone.

Gruden returned to coaching in 2018 after a nine-year stint as an ESPN Monday Night Football analyst when he signed a deal to re-join the Raiders, who he initially coached from 1998-2001 before going to Tampa Bay, where he won a Super Bowl in 2002.

“I would say he is definitely done in the short term in both coaching and broadcast,” said Victor Matheson, a professor at College of the Holy Cross and an expert on sports economics.

“And it is not like Gruden had made himself indispensable over the past 20 years,” he said, noting that since winning the Super Bowl, he never won another playoff game.

“It’s one thing to overlook poor behavior when a person is a star. It is quite another when a person has been decidedly below average for two decades.

“There must be a pretty long list of coaches out there who can consistently not win playoff games and lose a few more games than they win who don’t carry the same racist and homophobic baggage that Gruden now does.”

S&P 500 jumps the most since March, powered by better-than-expected earnings 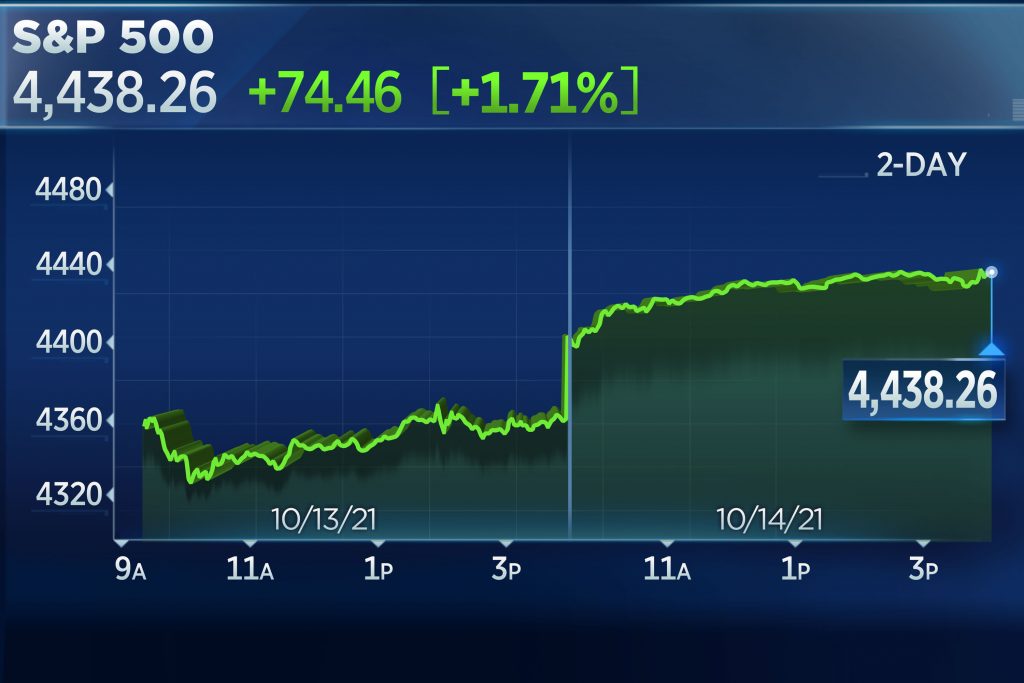