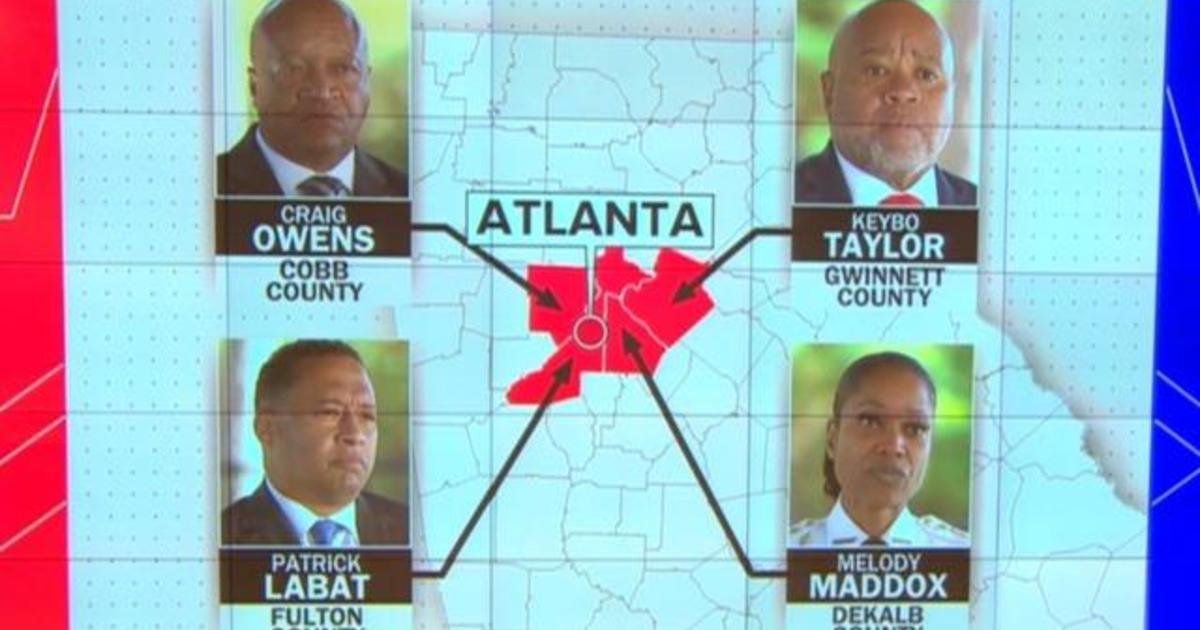 In November, voters in Georgia made state history when they elected four African American sheriffs to lead the most populous counties in Atlanta.

Maddox also made history as the first female to assume the position of sheriff in DeKalb County.

“For us to be sitting here, together as a group, it’s amazing. It’s amazing to us… never in my wildest dreams,” Maddox told CBS News’ Mark Strassmann.

Together, they have more than four decades worth of experience and are all lifelong Georgians with long memories.

“Being raised in Atlanta, you didn’t come to Cobb County if you were African-American. … You don’t look [like you should] be in this neighborhood. You don’t have the right skin color for this neighborhood, why are you here,” Owen said.

He said that he never forgot how he was racially profiled growing up. Those memories changed his outlook on how people should be treated.

“No, never forgot it. There was always something stuck in my mind; how to treat people the right way regardless of their skin color,” he said.

The sheriffs have been elected during a time when trusting the police is hard to imagine for many Georgians, especially those in communities of color.

That feeling of mistrust is a feeling ingrained in Taylor’s memory. He said that he grew up resenting police officers and the damage they caused when they were in the neighborhood.

A system of broken trust came to a head in June when Rayshard Brooks, a 27-year-old African American man, was fatally shot during a confrontation with two White police officers.

The killing sparked national outrage and led to the resignation of Atlanta’s police chief, Erika Shields, who left the department just a day after the deadly shooting. Garrett Rolfe, the officer who killed Brooks, was fired from the department and an investigation was launched.

His death would become a focal point behind why the four would seek to become sheriff.

The four all ran similar campaigns on a platform of truth, trust and transparency — three-things they felt were critically missing in African-American communities.

“It starts with leadership. … We stepped out on faith and ran for sheriff because we knew the trust was broken,” Maddox said.

The group acknowledged that in order to bring change they need to be the ones who lead it.

That’s the challenge ahead, establishing a new legacy of law enforcement in Georgia. It’s a goal that Owens is seeing already come to light after a woman approached him at a coffee shop.

“She said to me, ‘Are you Sheriff Craig Owens?’ She said, ‘Well I’m proud to let you know that you are my sheriff, I’ve never said it before to anyone,’ she said. ‘Now I can walk around and say that’s my sheriff,'” Owens said.

The four newly-elected sheriffs will take the oath of office and begin making history on January 1.