A New York man was arrested Friday morning for allegedly threatening to murder and assault two U.S. senators because of their support for the successful nomination of Brett Kavanaugh to the Supreme Court, federal authorties said.

The man, 74-year-old Ronald DeRisi of Smithtown, Long Island, phoned in his threats to the offices of the senators, according to a federal complaint lodged against him.

The complaint said DeRisi, starting on Sept. 27, left more than 10 “threatening voice-messages” at the offices of the two senators regarding Kavanaugh’s then-pending nomination. The threats apparently were made to discourage the senators from supporting Kavanaugh “and/or as retaliation for having voted to confirm Judge Kavanaugh” later.

The United States Attorney’s Office for the Eastern District of New York, which is prosecuting the man, did not identify the senators who were threatened.

In one message cited in the complaint, DeRisi on Sept. 27 left a voice message said he had a “present’ for the first senator, saying, “It’s a nine millimeter. Side of your … skull.

“Yeah, Kavanaugh — I don’t think so,” DeRisi said, according to the complaint.

In an Oct. 6 call to the second senator, which was the same day as Kavanaugh was confirmed, DeRisi said, “You better pray this guy don’t get in.”

“I’m gonna get you,” DeRisi said in a follow-up message to the same senator, the complaint charges.

The arrest comes two days after the husband of Sen. Susan Collins, R-Maine, said he received a threatening letter that referred to Collins’ support for Kanvanaugh, and which claimed to be tainted with the deadly toxin ricin.

Tests showed there was no danger from the letter, but Collins’ husband, Thomas Daffron, and the couple’s Labrador retriever, Pepper, were quarantined before the test results.

The person responsible for the letter to Daffron has not been apprehended.

The man charged with the phone call threats to the senators was due to appear before a federal judge in U.S. District Court in Central Islip, N.Y., on Friday afternoon.

Kavanaugh was narrowly confirmed to the Supreme Court in a 50-48 vote, almost exclusively along party lines, in the Senate on Oct. 6, and was sworn in as a justice hours later.

His nomination by President Donald Trump had suffered a nearly fatal blow in September, when a woman named Christine Blasey Ford accused him of trying to rape her in the early 1980s at a small get-together of several fellow high school students. Two other women soon after came forward to accuse him of sexual misconduct in high school and in college at Yale.

Before he was confirmed, and even before the sexual misconduct allegations emerged, Collins was seen as one of a handful of Republican senators who might vote against Kavanaugh.

But she later announced her intention to vote for him in a lengthy speech on the Senate floor. Collins said she believed Ford had been assaulted, but said she did not believe that Kavanaugh was the attacker.

Collins on Oct. 7 told the CBS News show “Face the Nation” that her vote for Kavanaugh was “a tough one.”

“I have to do what I think is right. Over the years, the people of Maine have trusted me to exercise my best judgment. That’s what I did in the case,” Collins said.

Fri Oct 19 , 2018
President Donald Trump‘s promise to protect pre-existing conditions coverage, perhaps the most popular Affordable Care Act provision, rings hollow. That’s because his administration is backing a lawsuit that would scrap it. As Republicans face midterm election pressure from an energized Democratic base over their efforts to repeal Obamacare, the president […] 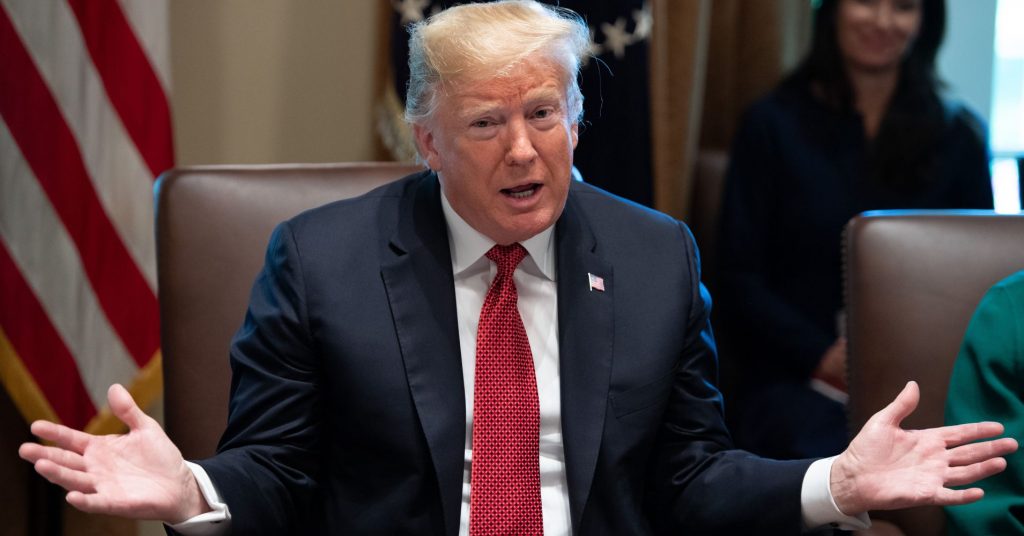