A new migrant caravan has formed in Honduras, setting off towards the U.S.-Mexico border. The group, already several hundreds in size, departed for the Guatemalan border before dawn on Tuesday.

The caravan is the second one to be assembled in Honduras this year. The formation of it prompted the president of Guatemala to issue an emergency order, citing public health hazards presented by the group. The order barred public gatherings in border municipalities.

Caravan of hundreds of migrants from Honduras start their journey to the United States pic.twitter.com/IAQWaBaxtz

The caravan is reportedly made up of mostly young men, along with some women carrying children. Some of those involved specifically acknowledged the illegality of their intention to enter the U.S.

“I know the governments of today, I know the borders are closed, but we are going there, regardless of consequences,” Cristian Armando Nunez, a caravan member said.

Central Americans have made up the bulk of illegal crossings into the U.S. this year, leading to an unprecedented spike in illegal immigration.

Tue Mar 30 , 2021
Rashard Higgins #82 of the Cleveland Browns goes to stiff arm Minkah Fitzpatrick #39 of the Pittsburgh Steelers during the second quarter at FirstEnergy Stadium on January 03, 2021 in Cleveland, Ohio. Nic Antaya | Getty Images The National Football League made it official on Tuesday, adding another game to […] 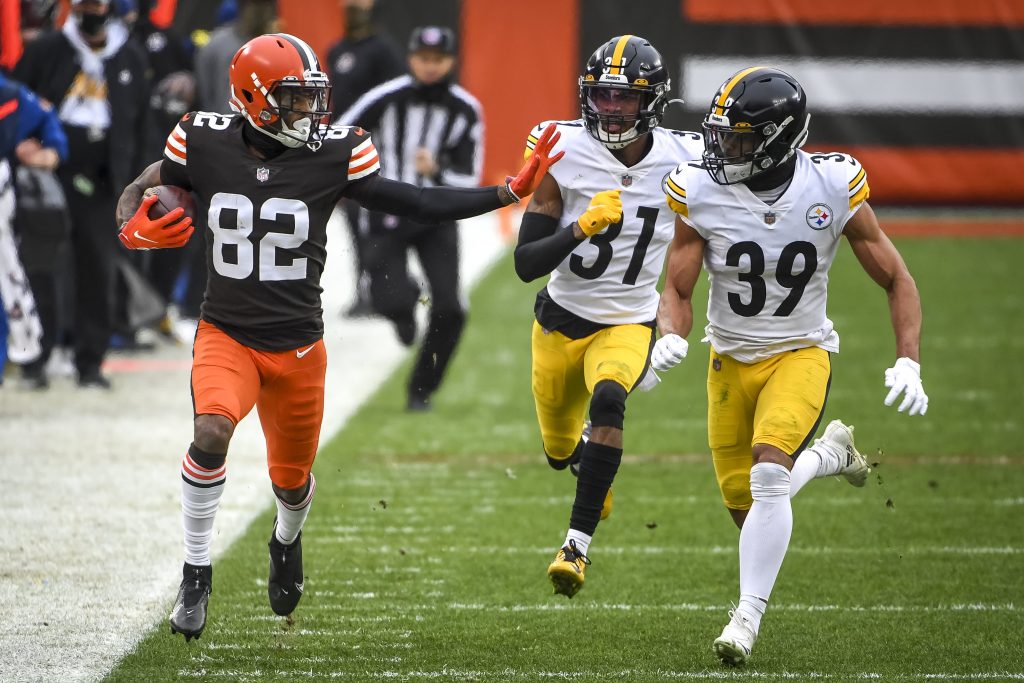