NEWARK, N.J. — A New Jersey sheriff who was recorded making disparaging remarks about African-Americans and the state’s first Sikh attorney general has resigned, the Bergen County Sheriff’s Office said Friday in a statement.

The announcement came after Saudino said in an earlier statement, released by a spokesman, that the remarks were “not representative of the person that I am and they are in no way consistent with the manner in which I have conducted my life personally and as a law enforcement professional with over 46 years of service to the residents of Bergen County.”

WNYC public radio obtained the tape from a person who was present during the meeting between Saudino and subordinates. It was recorded on the day of Gov. Phil Murphy’s inauguration in January.

On the recording, Saudino is heard saying Attorney General Gurbir Grewal was appointed because of “the turban.”

He also said Murphy’s policies would allow blacks to “come in, do whatever the (expletive) they want, smoke their marijuana, do this, do that. And don’t worry about it. We’ll tie the hands of cops.”

On the tape, Saudino also wonders aloud whether Lt. Gov. Sheila Oliver, who is not married, is gay.

In a statement Thursday, Murphy called the comments “appalling” and said if the voice on the recording is Saudino’s, then he should resign.

“Without question, the comments made on that recording are appalling, and anyone using racist, homophobic, and hateful language is unfit for public office,” Murphy said.

Grewal, who worked closely with Saudino when he served as Bergen County prosecutor before being appointed attorney general, echoed Murphy’s call for Saudino to resign.

“I have thick skin and I’ve been called far worse,” Grewal said in a statement. “But the comments about the African-American community are wrong, racist and hurtful. New Jersey and Bergen County deserve better.”

Chris Weston, president of the local police benevolent association, said, “Somebody who makes these types of comments should not be in charge of this great, diverse agency we have.” CBS New York reports Weston organized a rally earlier this year when a former officer filed a discrimination lawsuit against the Bergen County sheriff’s office, claiming he was fired for being gay.

In a statement prior to his resignation, Saudino said he had “reached out directly to several respected leaders in the communities I have offended and I have personally offered my apologies and I have asked for their forgiveness and for their communities’ forgiveness.”

Fri Sep 21 , 2018
Although Micron Technology‘s profitability will take a hit due to President Donald Trump’s latest round of tariffs on Chinese imports, CEO Sanjay Mehrotra told CNBC’s “Squawk Alley” that the company will be able to “easily mitigate” their future impact. Micron shares fell 5 percent before the market opened on Friday […] 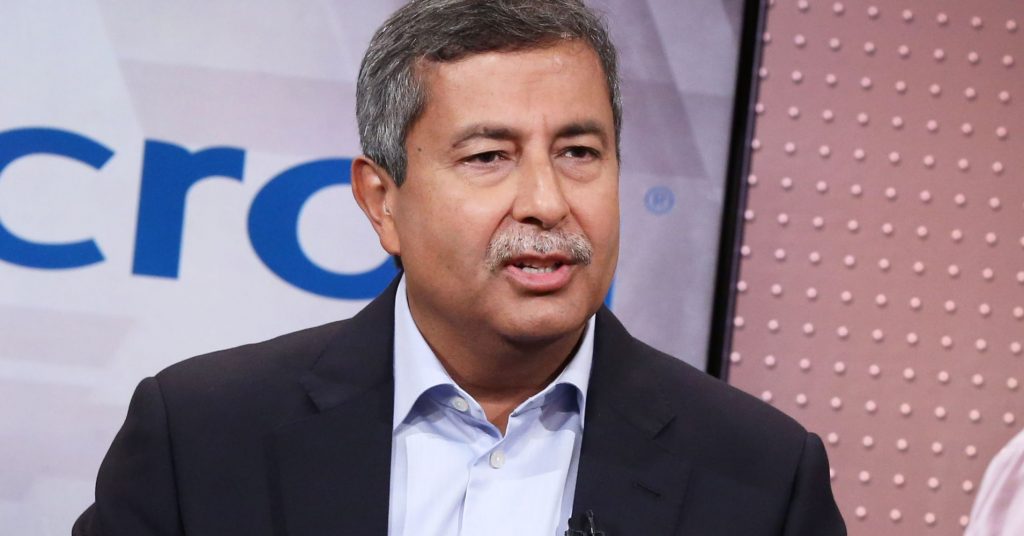