A group of states joined a U.S. Supreme Court battle that could determine whether jurisdictions can tax the income of remote workers who are no longer commuting to the office.

New Jersey, along with Connecticut, Hawaii and Iowa, submitted an amicus brief on Tuesday in a lawsuit that challenges the authority of states to tax non-residents’ income while they’ve been working from home.

At the center of the controversy is a court case between New Hampshire and Massachusetts. The Bay State has been taxing New Hampshire residents who have been working remotely since the pandemic, spurring the Granite State to file suit against Massachusetts in October.

The brief also pushes back on New York, which taxes Garden State residents who normally commute there — even though many are now working from home.

“In the course of this once-in-a-century pandemic, hundreds of thousands of New Jersey residents who typically commute to New York and pay New York taxes have been working from home for the last nine months,” said New Jersey Gov. Phil Murphy, a Democrat, in a statement.

“We are hopeful that the Supreme Court will hold that states do not have the constitutional authority to tax individuals who neither live nor work there,” he said, adding that such a ruling could save the state $1.2 billion.

Generally, a state can tax an individual in one of two circumstances: you’re a resident there or you earned income in that location, according to Jared Walczak, vice president of state projects at the Tax Foundation.

When an employee works in one state but resides in another, there’s the possibility of facing a tax liability in both locales.

States have mitigated this by providing tax credits to offset “double taxation” — which is what Connecticut does for its residents who commute to New York.

States have also established reciprocity agreements to prevent income from being taxed twice. New Jersey and Pennsylvania have such a pact in place.

Remote work in light of coronavirus has added further complexity. That’s because seven states tax workers based on the location of their office — even if those employees are working remotely.

We are hopeful that the Supreme Court will hold that states do not have the constitutional authority to tax individuals who neither live nor work there.

This is known as the “convenience rule.”

Massachusetts is a newcomer to the list, as it adopted a temporary measure to continue taxing the wages of workers residing in New Hampshire amid the pandemic.

“The problem we’re seeing is in situations where you’re working from home in New Jersey because the governor says to shelter in place and you’re not allowed to work in your New York office,” said Mark Klein, tax attorney and partner at Hodgson Russ.

“Think of how much money New Jersey loses so that all the people working from home can be taxed by New York,” he said. The Garden State provides a credit to offset the double-taxation its residents face.

The situation becomes even more complex for individuals who have worked remotely from states other than the one in which they reside.

They may be responsible for taxes and non-resident tax filing requirements in multiple states, which means they’re in for a surprise come tax time, Klein said.

Get ahead of the mess

Many individuals could still be telecommuting next year.

“Next year, if people are still working remotely, you might want to change your state withholding,” said Eileen Sherr, CPA and director for tax policy and advocacy at the AICPA. “You can still pay estimated taxes to your state so you don’t owe interest and penalties when you file.”

Here are a few suggestions from the American Institute of CPAs to try mitigating the tax bite:

Wed Dec 23 , 2020
People shop for holiday items at the Country Store on Main Street in Stockbridge, Massachusetts on December 13, 2020. Joseph Prezioso | AFP | Getty Images With just a few days before Christmas, shoppers are running out of options to receive their holiday gifts in time to place them under […] 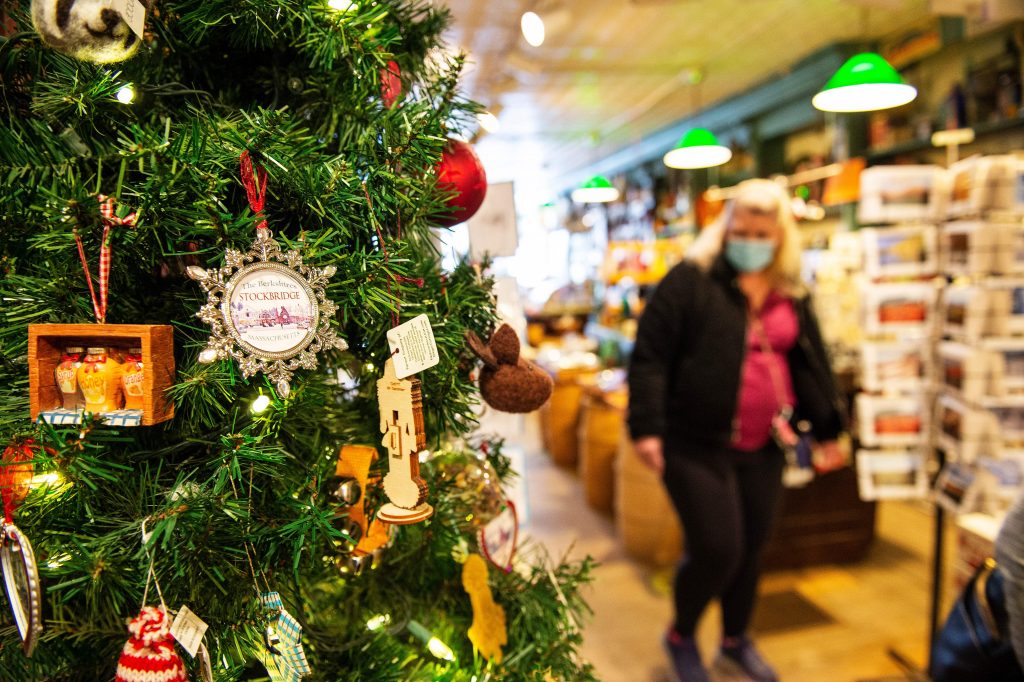