BERLIN (Reuters) – German Chancellor Angela Merkel’s protegee, Annegret Kramp-Karrenbauer, has seen her public support dip since she took over as defense minister on Wednesday, an opinion poll showed on Saturday.

In a poll pitting her against Robert Habeck, of the Greens, and Olaf Scholz of the Social Democrats (SPD) as the choice for the next chancellor, Kramp-Karrenbauer lost two percentage points to 17% compared to another poll at the start of the week, pollsters from Forsa said, according to a report by broadcaster n-tv.

Habeck led the poll with 31%, ahead of Scholz, whom 29% of Germans would like to see as the next chancellor, although there is no direct vote for the post in Germany.

Ursula von der Leyen’s promotion to European Commission president left the defense post vacant and Kramp-Karrenbauer was appointed with Merkel’s blessing in a move seen as likely to make or break her chances of succeeding her mentor as Germany’s leader by 2021.

Merkel, who turned 65 on Wednesday, aims to stage-manage her gradual exit from politics and hand over power to Kramp-Karrenbauer, who replaced her as chair of their Christian Democrats (CDU) in December.

However, the popularity of the Greens, who hit 27%-29% in opinion polls in June and became Germany’s strongest party, spawned headlines about popular co-leader Habeck becoming chancellor.

Their success has caused convulsions in Merkel’s fragile coalition of conservatives and center-left Social Democrats who have dominated German politics since World War Two.

Golf: Korean duo An and Park on the rise at British Open 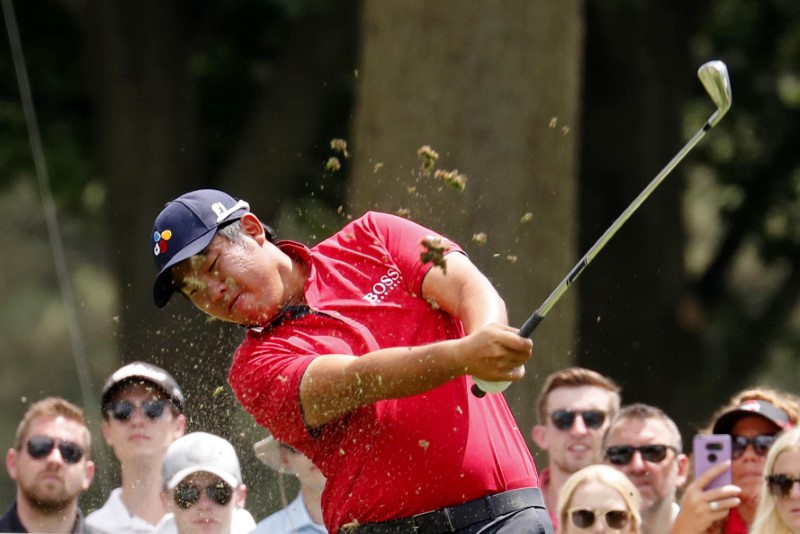