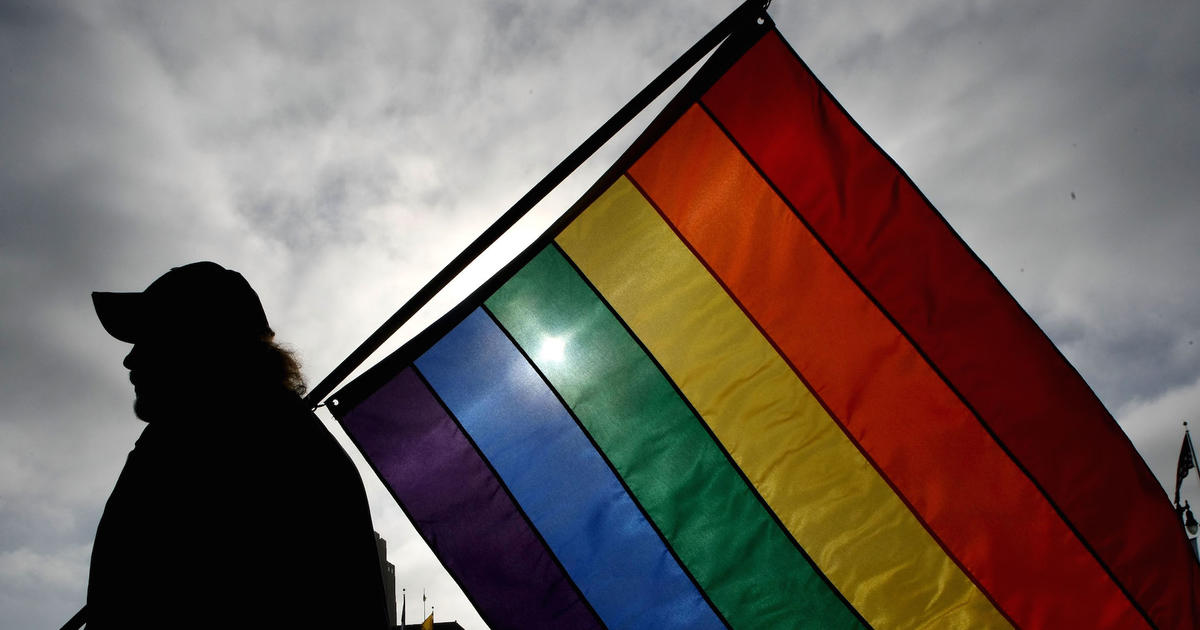 Nevada voters overturned a ban on same-sex marriage, making it the first state to recognize gay couples’ right to marry in its constitution. The right to same-sex marriage was one four new amendments to the state constitution, which also included a Voters’ Bill of Rights and a renewable energy mandate.

The voters decisively approved initiatives that appeared on state ballots as Question 2, Question 3, Question 4 and Question 6. The fate of Question 1 – a proposal to take away the Board of Regents’ constitutional responsibility to oversee higher education policy decisions – remained too early to call with a large number of ballots yet to be counted as of Wednesday afternoon.

By passing Question 2, Nevada voters removed an inactive same-sex marriage ban from the state constitution. Voters had effectively banned same-sex marriage in Nevada by passing a constitutional amendment in the 2000 and 2002 elections, CBS affiliate KTVN reported.  The measure’s passage ensures same-sex marriage will remain state law even if a future U.S. Supreme Court overturns its 2015 decision legalizing it throughout the country.

“This overwhelming majority should be a reminder that LGBTQ equality is not just the right thing to do, it is exactly what Nevadans want,” said Briana Escamilla, Human Rights Campaign’s Nevada director.

Question 2’s passage enshrines same-sex marriage as a right in the constitution and establishes that religious organizations and clergy members have the right to refuse to perform a marriage.

Although the U.S. Supreme Court has overturned state same-sex marriage bans, before Election Day the provisions remained in the constitutions of 30 states. By approving the initiative, voters made Nevada the nation’s first state to overturn a ban.

“I am just so elated that Nevada is the first state to take that stand and my community has taken that stand,” Lyric Burt told the Reno Gazette Journal. “Because we’ve voted red for so long in a lot of presidential elections, it got this reputation for being a really conservative state. But there are some things in our state that show that we are progressive.”

Nevada voters also decided to put into the state constitution a Voters’ Bill of Rights that state lawmakers passed in 2003, guaranteeing 11 voting rights and privileges.

By approving Question 4, voters did not change Nevada law, but the process of amending the constitution makes it less likely that the measure will be overturned. The state constitution will now guarantee voters can have their ballots recorded accurately and can cast votes without intimidation or coercion, among other rights.

At the polling places in Reno and Carson City, some voters expressed frustration because the ballot questions addressed issues that were already state law – although not in the constitution.

By approving Question 6, voters reaffirmed the Legislature’s push to require the use of renewable sources to generate electricity. Its passage adds a mandate to the state constitution that utilities must generate at least 50% of their power from renewable sources, including solar, wind and geothermal.

Gov. Steve Sisolak signed the same standards into law last year, so the outcome will not change regulations. However, it makes it more difficult for opponents to reverse the decision should they reclaim power in the state’s Democratic-controlled Legislature.

The mandate appeared before voters months after NV Energy, the state’s largest utility, requested residents reduce their use of power to avoid outages as fires and a heatwave spread through the U.S. West, prompting questions about the reliability of solar power. It would further align Nevada with neighboring California, which aims to generate 60% of its power from renewables by 2030.

Voters also reformed the state’s pardoning procedures by passing Question 3. The initiative amends the constitution to change how Nevada commutes sentences and pardons individuals convicted of most crimes. Under current law, the Nevada Board of Pardons convenes infrequently and not on a set schedule. Applications can take two to five years to be heard by the board. The amendment will require the board meet four times annually and remove the governor’s power to veto the majority’s decisions.

As of Wednesday, the outcome of Question 1 remained too early to call, with a large number of ballots yet to be counted as of Wednesday afternoon. The initiative proposes removing the unique status of the Nevada Board of Regents from the state constitution. If passed, the amendment would take away the board’s constitutional responsibility to oversee higher education policy decisions. It would vest that power with the Legislature, while allowing the regents to continue overseeing the day-to-day operations of public colleges and universities.

Many voters who cast or dropped off ballots at early voting sites found the ballot questions frustrating because they addressed issues they thought were already settled.

Ed Eranga, a part-time bartender from Sparks, said he was skeptical of attempts to change the constitution. He doesn’t have particularly strong feelings about any of the questions, but he is suspicious about the process of putting confusing questions in front of voters.

“The constitution has worked all these years, and they’re using it to try to change the laws,” Eranga said.

Trump predicts 'lot of litigation' in fight to keep his job

Fri Nov 6 , 2020
President Donald Trump is looking at a political map in which he might have to persuade the Supreme Court to set aside votes in two or more states to prevent Joe Biden from becoming president By MARK SHERMAN and JESSICA GRESKO Associated Press November 6, 2020, 5:28 AM • 4 […] 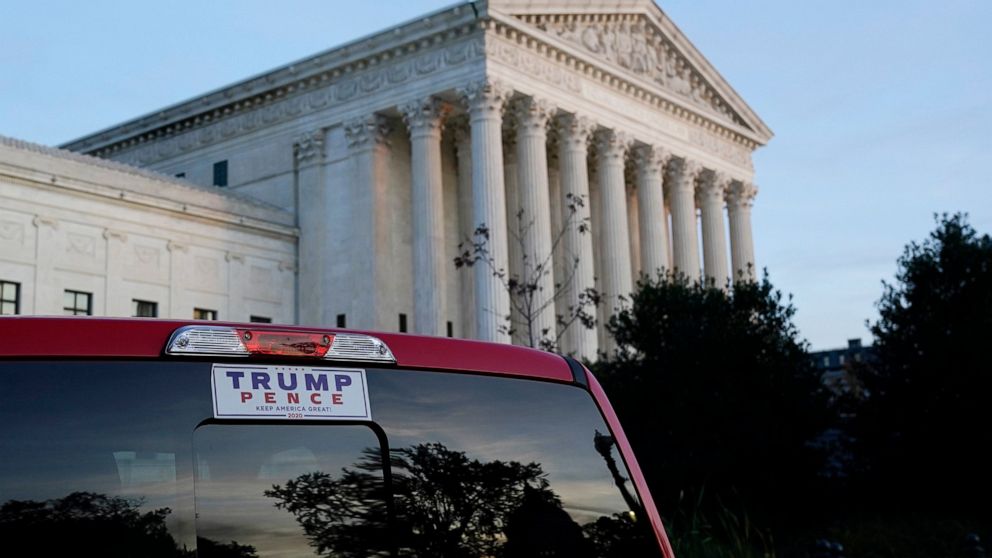