FILE PHOTO: A man wearing a protective mask walks past the headquarters of the Bank of Japan amid the coronavirus disease (COVID-19) outbreak in Tokyo, Japan, May 22, 2020.REUTERS/Kim Kyung-Hoon/File Photo

TOKYO (Reuters) -The Bank of Japan said on Friday it had offered payments to nearly 90% of the country’s regional lenders under a scheme designed to revitalise the industry by promoting mergers and cost cuts.

Under the programme, the BOJ began paying from mid-September 0.1% interest on deposits held at the central bank by regional lenders that reduce costs, boost profits or consolidate.

Of the roughly 100 regional banks in Japan, 86 of them qualified to receive the payments, as well as 142 smaller credit unions, the BOJ said in a statement.

In just two weeks since payments began, the BOJ spent a combined 4.9 billion yen ($43 million) to compensate the lenders.

The BOJ introduced the scheme to prod regional banks, already reeling from prolonged ultra-low interest rates and a dwindling population, into consolidating or streamlining operations to weather worsening business conditions.

Regional banks that consolidate or meet annual cost-cut thresholds are eligible for the scheme, which is a three-year programme running through March 2023.

Critics have said the programme goes beyond the realm of central banking by offering payouts to a specific industry with the aim of driving reform in the sector.

When the BOJ unveiled the plan, a senior central bank official estimated it would spend up to 50 billion yen per year on payments.

But the number of regional banks that met requirements exceeded the BOJ’s expectations, inflating the expected size of payments to the lenders.

In an unprecedented move, the BOJ abruptly made tweaks to the programme this month to reduce the amount of spending for the payouts in a sign of the tricky balance it faces in keeping ultra-easy monetary policy and mitigating the pain on lenders.

Fri Nov 26 , 2021
FILE PHOTO: Light is cast on a Japanese 10,000 yen note as it’s reflected in a plastic board in Tokyo, in this February 28, 2013 picture illustration. REUTERS/Shohei Miyano November 26, 2021 TOKYO (Reuters) – Japan’s cabinet approved its first extra budget for this fiscal year on Friday with spending […] 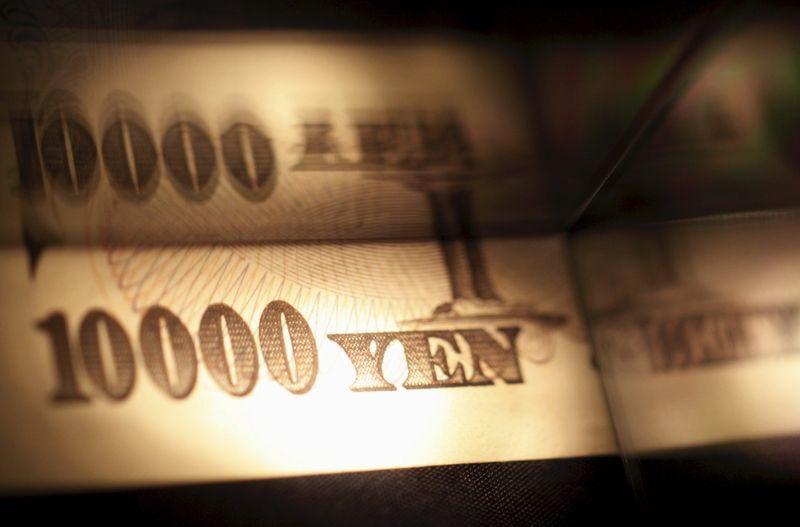