Nashville’s mayor said Friday that there is a “determination” to find who was behind a massive blast on Christmas morning that authorities called “an intentional act.” The explosion was set off by an RV that blared warnings about a bomb before it detonated.

Nashville Metro police chief John Drake said authorities had found tissue they believe could be connected to human remains near the site of the explosion.  They have not indicated whether the remains are from someone connected to the explosion or from an innocent victim.

At least three people were wounded. CBS affiliate WTVF reports the blast was felt across much of Davidson County around 6:30 a.m.

“This morning’s attack on our community was intended to create chaos and fear in this season of peace and hope,” Mayor John Cooper said.

Drake said officers responded to a call of shots fired downtown and once they arrived in the area, they heard an RV giving out a message saying it would detonate in a certain timeframe.

Drake said they are investigating if there is any link to Christmas or to nearby Lyft headquarters or AT&T data center.

“We do believe that the explosion was an intentional act,” Aaron added.

Three people were taken to the hospital for treatment, but officials said the injuries were not believed to be critical. Police said one officer was knocked off his feet by the blast.

Nashville Police Chief John Drake said officers had received a call of “shots fired” in the area of Second Avenue near Commerce Street at about 5:30 a.m.

Friday afternoon, the police department tweeted a photo of the RV taken from a security camera before the blast, and asked anyone with information about it to contact authorities.

“We know of no other imminent danger to the area at this point,” Aaron said.

The FBI and ATF are now taking the lead on the investigation. FBI Assistant Special Agent in Charge Matt Foster said at a midday briefing, “We’re putting everything we have into finding who was responsible for what’s happened here today. As part of doing that, there are investigative leads to be pursued. There’s also technical work that needs to happen.”

He urged anyone with information to go to www.fbi.gov/nashville or call 1-800-CALL-FBI to provide tips.

“Please tell us what you know. We need your leads, we need your help,” he said.

The blast caused damage to nearby buildings and shattered windows in the area as a plume of black smoke rose over Second Avenue.

The explosion took place outside 166 Second Avenue, the AT&T building, but police said investigators do not yet know if that site was intentionally chosen.

WTVF reports the explosion caused AT&T outages throughout the area and affected the 911 lines for local law enforcement. In a statement, AT&T said: “Service for some customers in Nashville and the surrounding areas may be affected by damage to our facilities from the explosion this morning. We are in contact with law enforcement and working as quickly and safely as possible to restore service.”

Additionally, the FAA temporarily halted flights out of Nashville due to the telecommunications issues.

Her voice grew emotional as she continued, “I’m so glad we left. I’m so glad we have our kids. And above anything else, I am so glad for those officers that walked into a building that they knew was a dangerous spot to be and, you know, woke us up and got us out. I’m so grateful.”

Nashville Mayor John Cooper said he toured the destruction zone and that “we are very lucky” there weren’t more injuries.

“It’s not a very populated area but the people in the buildings adjacent mostly are fine and have been evacuated,” Cooper said.

CBS News chief Justice and Homeland Security correspondent Jeff Pegues reports federal resources are flowing to the scene. Sources tell him the ATF has certified fire investigators and certified explosives specialists at the scene, and that ATF personnel are also working offsite to create a timeline of the incident.

A Department of Justice spokesperson said Acting Attorney General Jeff Rosen has “directed that all DOJ resources be made available to assist in the investigation.”

A White House spokesperson said President Trump has been briefed on the explosion and will continue to receive regular updates. “The President is grateful for the incredible first responders and praying for those who were injured,” deputy press secretary Judd Deere said in a statement.

President-elect Biden has also been briefed on the situation, his office said.

CBS News digital producer Roman Feeser said he heard and felt the explosion at his home in East Nashville, three and half miles from the blast site. 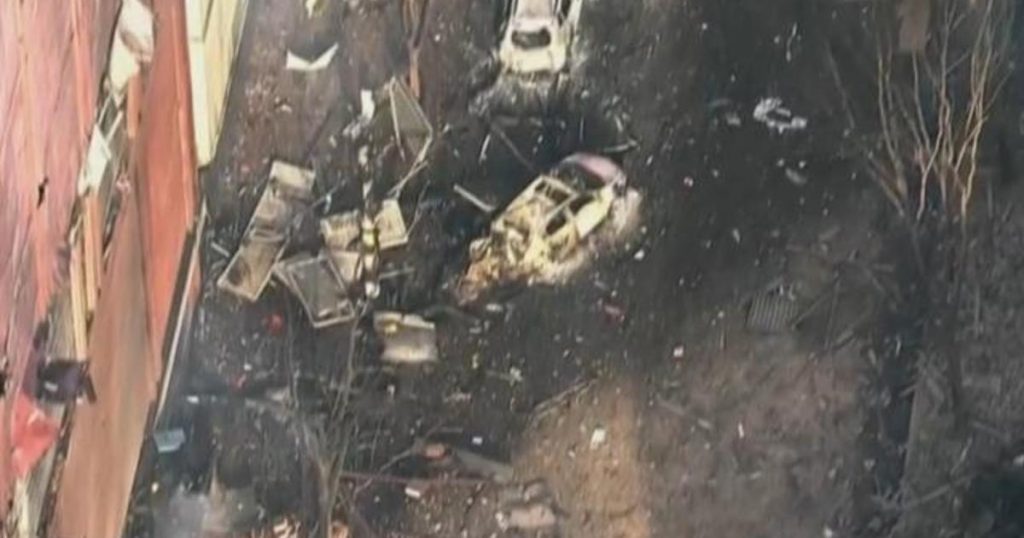