The Bilibili booth is pictured during the 2019 Yangtze River Delta International Cultural Industries Expo at National Exhibition and Convention Center on November 21, 2019 in Shanghai, China.

GUANGZHOU, China — Chinese video platform Bilibili is gearing up for a secondary listing in Hong Kong which could raise up to $1.5 billion, CNBC has confirmed.

Bilibili is currently listed on the Nasdaq in the U.S. The Hong Kong secondary listing is likely to happen next year, a person familiar with the matter told CNBC.

The video platform, which is popular with Chinese millennials, could raise between $1 billion and $1.5 billion, the person said.

Rising geopolitical tensions between the U.S. and China have threatened to spill over to Chinese firms listed on Wall Street. Lawmakers in Washington are pushing for greater scrutiny of Chinese companies through proposed legislation that threatens to delist some firms in the U.S.

The video platform is aimed at China’s younger generations and the company makes money in a number of ways. Mobile games is its largest revenue driver. It also hosts live broadcasts during which users can buy virtual items. Bilibili also makes money from advertising.

Bilibili has been focusing on growing its user base this year by boosting its content offerings. In August, the company signed a deal with Riot Games, the owner of League of Legends, to broadcast their global events in China.

Fri Oct 9 , 2020
SINGAPORE — China’s recovery isn’t as rosy as people think — even though the world’s second largest economy has bounced back after a coronavirus-induced slowdown, according to the CEO of research firm China Beige Book, Leland Miller. China has indeed seen recovery but there is no improvement on a year-on-year basis, Miller pointed out, […] 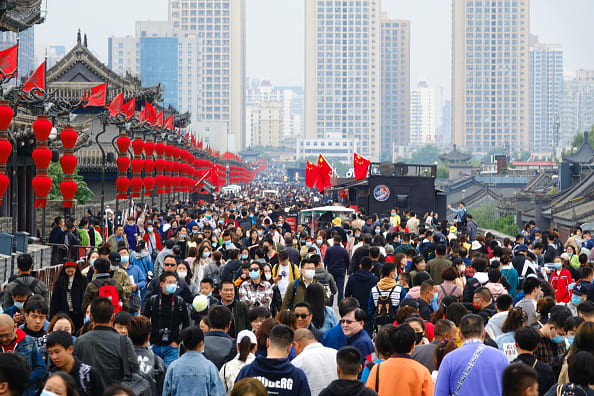