Stock futures saw modest gains on Wednesday as investors wrestled with a White House race that is still too close to call.

Dow Jones Industrial Average futures, along with S&P 500 futures struggled to push higher. The tech-heavy NASDAQ, which had been under pressure last week, surged, rising over 2.5% by 6:30 a.m. ET.

The gains follow the best Election Day performance for stocks since 2008.

West Texas Intermediate crude oil was also firmer, rising more than 2% to the $38 per barrel level.

As for the election tally, the odds of a contested election growing more likely,

At least 270 electoral votes are needed to be declared the winner.

A number of economic reports will be released Wednesday, including updates on employment figures, mortgage applications, and the service sector.

At 7 a.m., mortgage applications for the week ending Oct. 31 will be released, followed by the ADP employment change for October at 8:15 a.m. Economists are expecting a reading of 600,000 jobs being added, down from a prior reading of 749,000.

ISM’s Non-Manufacturing index will be released at 10 a.m., with economists looking for a reading of 57.3, down slightly from the prior reading of 57.8.

The Energy Information Administration will release its weekly crude oil inventory data at 10:30 a.m. West Texas Intermediate crude oil was rising ahead of the data, climbing 2.7% to $38.67 a barrel.

After a brief respite for the presidential election, earnings season is set to resume, with investors hearing from a number of tech companies.

Prior to the market open, hotel operator Hilton Worldwide, Eversource Energy and biotech Genmab are among those that will release their quarterly results.

After the close of trading, investors will get their latest looks at earnings from semiconductor companies Qualcomm and Qorvo, dating app owner Match Group and insurance companies MetLife and Allstate.

As the election hangs in the balance, the world is grappling with the worst pandemic in more than a century.

On Monday, the U.S. reported more than 84,000 COVID-19 cases, according to data compiled by Johns Hopkins University. More than 9.3 million Americans have now contracted the virus, resulting in over 232,000 deaths.

2020 Election Live Updates: Pivotal states too close to call as race hangs in the balance

Wed Nov 4 , 2020
The race for the White House narrowed early Wednesday morning, hinging on a handful of crucial battleground states that remained too close to call. President Trump exceeded expectations and captured several large swing states that Joe Biden had hoped would solidify his path to victory, but millions of early votes […] 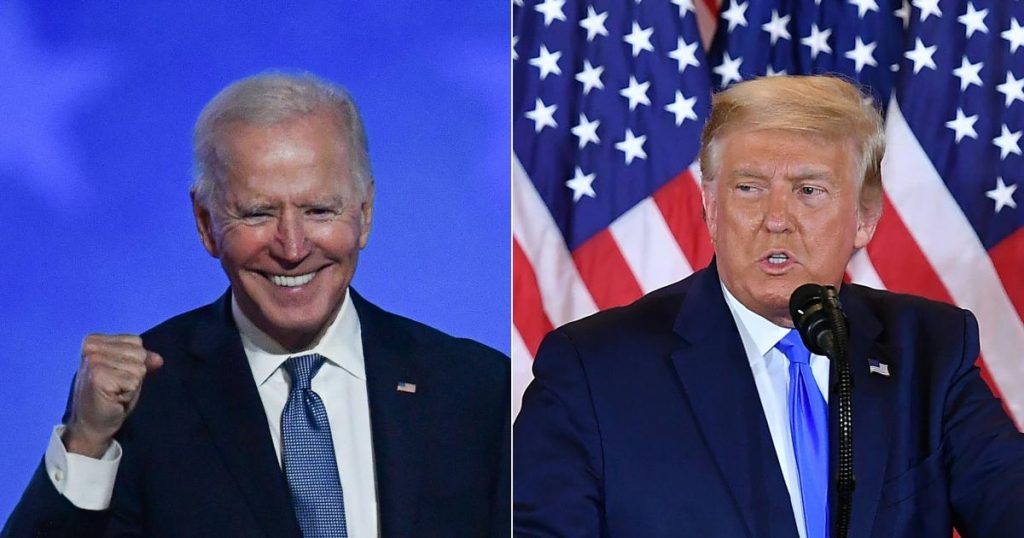