Without doubt, Clint Bowyer will look at Sunday’s Overton’s 400 at Chicagoland Speedway as a race that got away.

Bowyer had driven from his fifth-place starting position to the front of the field before the first round of green-flag pit stops. But when he brought his No. 14 Stewart-Haas Racing Ford to pit road on Lap 39 of 267 and gave up the lead, Bowyer was too fast on exit.

That meant a pass-through penalty, and on his next trip down pit road, Bowyer sped again. The second infraction requires a stop-and-go, but Bowyer failed to stop on his third pass down pit road. So Bowyer returned to pit road for a fourth time, stopped in his pit stall and continued.

By then he was more than two laps down to the leader, but Bowyer fought back. Crew chief Mike Bugarewicz kept him on the track during a pit stop cycle in Stage 2 and was rewarded with a caution for debris in Turn 2.

That got Bowyer back on the lead circuit as the highest scored lapped car, and from there the two-time 2018 Monster Energy NASCAR Cup Series winner salvaged a fifth-place result.

Bowyer, however, was far from satisfied.

“Yeah, we were too fast (on pit road),” Bowyer said to reporters after the race. “The guys work very hard on making sure that they are pushing the envelope, which you have to do in this world and against this competition. You have to push everything. Certainly, pit road is a big part of that. You’re splitting hairs out there on the race track down to the tenths of a second, and you can gain seconds on pit road.

“Obviously, our pit road speed was just a little too fast. We practiced it yesterday, and the guys even made some adjustments, but that tight section down there was just too fast. The first time you second-guess yourself. You come down the second time, and you’re cautious and speed again, so now you know you’ve got a problem. Then it was just confusion on my part. I wasn’t listening (to the stop-and-go instructions) and made a mistake and cost us a third time down.

“We got good at pitting today, unfortunately. The capability is there to run with these three guys (Kevin Harvick, Kyle Busch and Martin Truex Jr.). Our race team is young and making some mistakes, but we have time to gain on those and build on those. You hate to give away those stage points. I think we could have won both those stages and maybe be in contention for a win… We have a lot of good mojo on this 14 car, we just have to put it all together to get another win.”

For the first half of Sunday’s Overton’s 400 at Chicagoland Speedway, Aric Almirola looked every bit like a potential race winner.

The driver of the No. 10 Stewart-Haas Racing Ford Fusion took the lead near the end of the first 80-lap stage and held on for the stage win, the first of his career. On Laps 87 and 88, Almirola swapped the lead with Stewart-Haas Racing teammate Kevin Harvick, and he held it through a cycle of green-flag pit stops late in the stage.

But a pit stop under caution on Lap 129 proved Almirola’s undoing. After passing Ryan Blaney for the top spot on Lap 135, Almirola returned to pit road on Lap 142 when the vibration from a loose wheel got progressively worse.

The unplanned pit stop dropped Almirola to 26th, one lap down, and though he regained the lead lap as the beneficiary under caution at the end of Stage 2, a second loose wheel on Lap 220 doomed Almirola to a 25th-place finish.

“Our car was super-fast, especially out in clean air,” Almirola said. “It was incredibly fast. We just have to execute. We have to put a whole race together. That’s the difference between being good and being great. We are capable of winning. We showed it today. We have speed. We’re bringing incredible race cars to the race track and we just have to put a whole day together.

“We have to be flawless on pit road, and I have to do my part, too. Today we just had two loose wheels on two separate instances, and you can’t have that, especially in races like this that go green forever. I’m really frustrated, but the good news is that our cars are fast. We can build on that. We’re going to win a race. I guarantee you we are going to win a race. We have to be perfect to do it, though.”

Though Erik Jones was hardly a constant presence at the front of the field in Sunday’s Overton’s 400 at Chicagoland Speedway, he was there when it counted.

With teammate Kyle Busch and Kyle Larson trading blows in a dramatic final lap, Jones rolled across the finish line in a relatively quiet sixth place and solidified his 14th-place position in the Monster Energy NASCAR Cup Series standings.

The top-10 result was Jones’ seventh in 17 races this season and his second straight, following a seventh-place run at Sonoma.

“Yeah, I think overall the last two weeks have been really good to us,” Jones said. “Sonoma was a big challenge, and I thought today was going to be a big challenge, with the overall grip level being as low as it was, the track being as hot and slick as it was.

“We did a good job making good adjustments. Overall, we did what needed to do to get a good run and it turned out into a solid top-10… I felt good. But definitely slick and definitely not my kind of race, but we got a good race out of it.”

Trump auto tariffs get pushback from Korea to Kansas 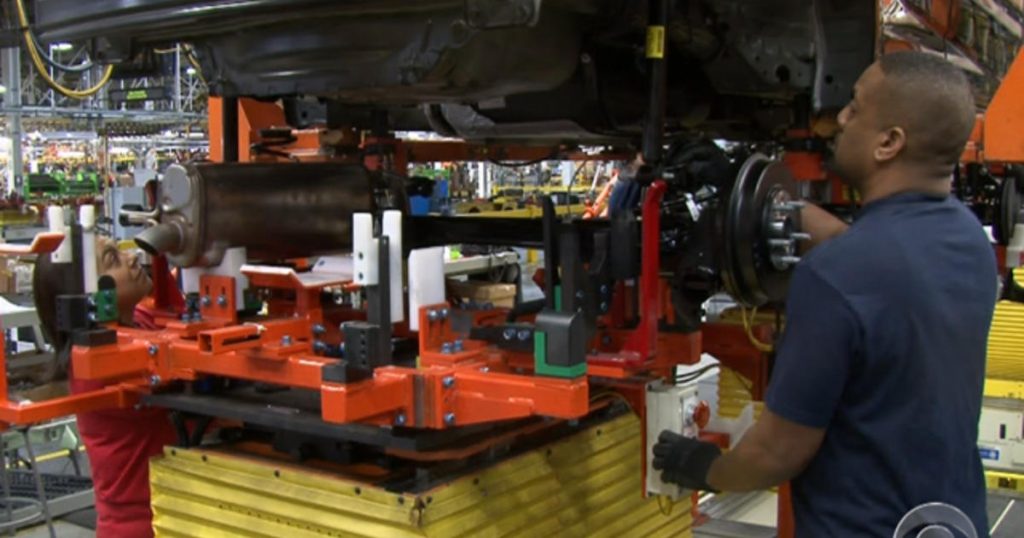