In a major shakeup at NASA Headquarters, agency Administrator Jim Bridenstine said Wednesday that Bill Gerstenmaier, the widely respected director of human spaceflight, has been replaced in the midst of an ambitious push to meet the Trump administration’s directive to send astronauts back to the moon within five years.

“As you know, NASA has been given a bold challenge to put the first woman and the next man on the moon by 2024, with a focus on the ultimate goal of sending humans to Mars,” Bridenstine wrote. “In an effort to meet this challenge, I have decided to make leadership changes to the Human Exploration and Operations (HEO) Mission Directorate.”

“NASA has always been fortunate to have great talent that has served our country well,” Bridenstine wrote. “As we work to fill these key positions within HEO, we will stay mission focused knowing that exploration will go forward.”

Earlier this year, Vice President Mike Pence announced NASA was being directed to accelerate plans to return astronauts to the moon, moving the agency’s target date from 2028 to 2024. The revised moon program is known as Artemis.

To meet the administration’s goal, NASA is relying on the huge Boeing-built SLS rocket that will be even more powerful than the legendary Saturn 5 boosters that propelled the Apollo astronauts to the moon. Artemis astronauts will fly to the moon aboard roomier Orion capsules, built by Lockheed Martin.

Current plans call for crews to dock with a mini space station — Gateway — in lunar orbit before descending to the surface in a commercially developed lander. The Trump administration has requested $1.6 billion in supplemental funding for NASA’s 2020 budget to help kick start Artemis development.

The program is expected to cost billions more in the next few years as NASA rushes to meet the 2024 target date.

NASA managers originally hoped to launch the SLS booster on its maiden test flight in 2017, but the huge rocket has encountered multiple delays that have driven up costs. The space agency now hopes to launch the SLS and an unpiloted Orion capsule on a test flight around the moon in late 2020 or, more likely, in 2021.

The second flight of an SLS will carry four astronauts on a lunar orbit mission in the 2022-23 timeframe and the third will ferry a crew to Gateway for the first lunar landing.

But the so-called “green run” test would add five months or so to the rocket’s development schedule, prompting some managers to suggest sending the rocket directly to Florida for a much shorter, less thorough hot firing atop launch pad 39B. NASA has not yet announced a decision on the green run test.

Bridenstine thanked Gerstenmaier, who began directing NASA’s human spaceflight program in 2005, for his service, saying “he has provided the strategic vision for some of NASA’s most important efforts, including the International Space Station, Commercial Crew Program, the lunar Gateway, Space Launch System rocket and Orion spacecraft.”

“We, as a nation, are thankful for his service in advancing America’s priorities and expanding the limits of science, technology and exploration,” Bridenstine wrote.

Labor Secretary Alex Acosta: My relationship with Trump is "outstanding" 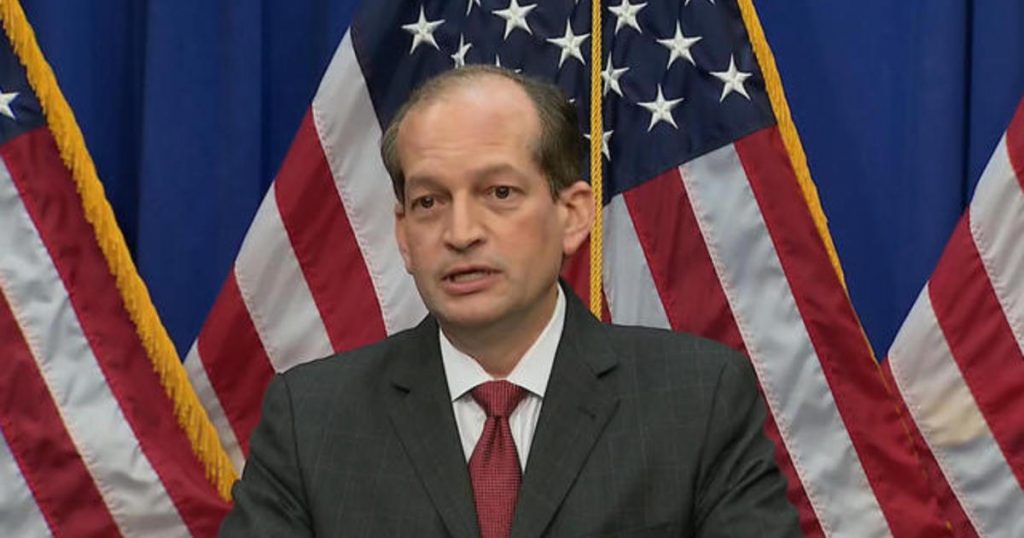