PARIS (Reuters) – Rafael Nadal continued his march towards a record-extending 12th French Open title by steamrolling a sorry Kei Nishikori 6-1 6-1 6-3 to book his place in the semi-finals on Tuesday.

The second seed, who now has a 91-2 win-loss record at the claycourt Grand Slam, was barely bothered by the seventh-seeded Nishikori as he set up a mouth-watering last-four meeting with 20-time Grand Slam champion Roger Federer.

“Being honest, personally for me the main thing is being in the semi-final,” said Nadal, who would not be drawn into talking about Friday’s 39th meeting between the two great rivals.

“Of course after having Roger in front in the semi-finals is an extra thing. We shared the most important moments of our careers together on court facing each other. So it is another episode of this, and happy for that and excited, no? It will be a special moment, and let’s try to be ready for it.”

Playing on the back of two consecutive five-set matches, Nishikori never managed to mount any form of a challenge and was easily wiped off court by Nadal.

There was a sense of inevitability when Nadal and Nishikori stepped onto Philippe Chatrier Court.

Not only did Nadal have the numbers in his favor, but Nishikori’s game had failed to catch fire since the beginning of the tournament.

Considering Nishikori had a 0-4 win-loss record against Nadal on clay, his chances of narrowing that run on Tuesday were slim – and so it proved to be.

Despite his usual early nerves, the Spaniard raced through the opening set, Nishikori’s face already telling a tale of defeat.

Nishikori broke back for 1-1 but that effort proved to be his undoing as Nadal won the remaining five games to lead two sets to love.

After a quick check on his right arm by the physiotherapist, Nishikori was declared fit to continue and Nadal showed no mercy.

The match was interrupted at 4-2 because of a fast approaching thunderstorm, but the hour-long delay failed to hand Nishikori a lifeline.

Upon resumption, Nadal swiftly ended Nishikori’s nightmare, wrapping it up on the first match point to reach the last four in Paris for the 12th time.

He is bidding to become the first player to win the same Grand Slam 12 times.

Tue Jun 4 , 2019
FILE PHOTO: The logo of French car manufacturer Renault is seen at a dealership of the company in Illkirch-Graffenstaden near Strasbourg, France, January 10, 2019. REUTERS/Vincent Kessler June 4, 2019 PARIS (Reuters) – Renault’s board triggered on Tuesday a process to recover 11 million euros ($12.4 million) in Carlos Ghosn’s […] 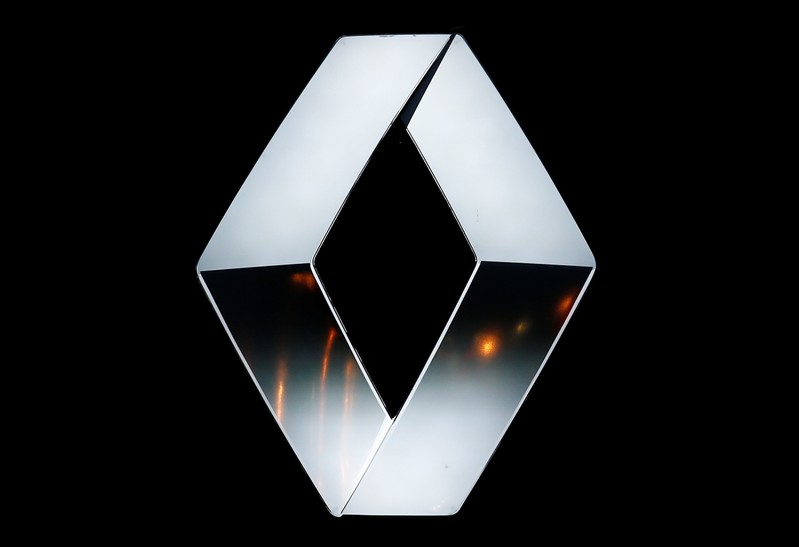