Armed Policemen gather next to an FBI armoured vehicle next to the Cielo Vista Mall as an active shooter situation is going inside the Mall in El Paso on August 03, 2019.

A shooting at a shopping complex in El Paso, Texas has left multiple people dead, according to law enforcement. At least 18 people have been taken to local hospitals.

The shooting happened at a Walmart near the Cielo Vista Mall, according to NBC News affiliate KTSM.

At least one suspect was taken into custody. Earlier, there were reports that three people were in custody.

El Paso police said at 1:30 p.m. ET that they were responding to a shooting at Hawkins and Gateway East. Multiple other law enforcement agencies were assisting, including the ATF and FBI.

Law enforcement said the scene was still active and they have reports of multiple shooters.

Multiple ambulances were at the scene.

Texas Gov. Greg Abbott said the state’s Department of Public Safety was assisting local law enforcement and federal authorities to bring “this tragedy to the swiftest and safest possible conclusion.”

O’Rourke asked everyone to “please follow all directions of emergency personnel as we continue to get more updates.”

President Donald Trump has been briefed on the shooting in El Paso and has spoken with Attorney General William Barr and Gov. Abbott, according to the White House.

Sat Aug 3 , 2019
Rep. Elijah Cummings indirectly addressed President Trump’s derogatory comments about himself and his hometown of Baltimore in a press conference Saturday, praising his city and urging Americans to visit. Decked out in clothes made by Under Armour, which is headquartered in Baltimore, Cummings said, “I promise you, you will be […] 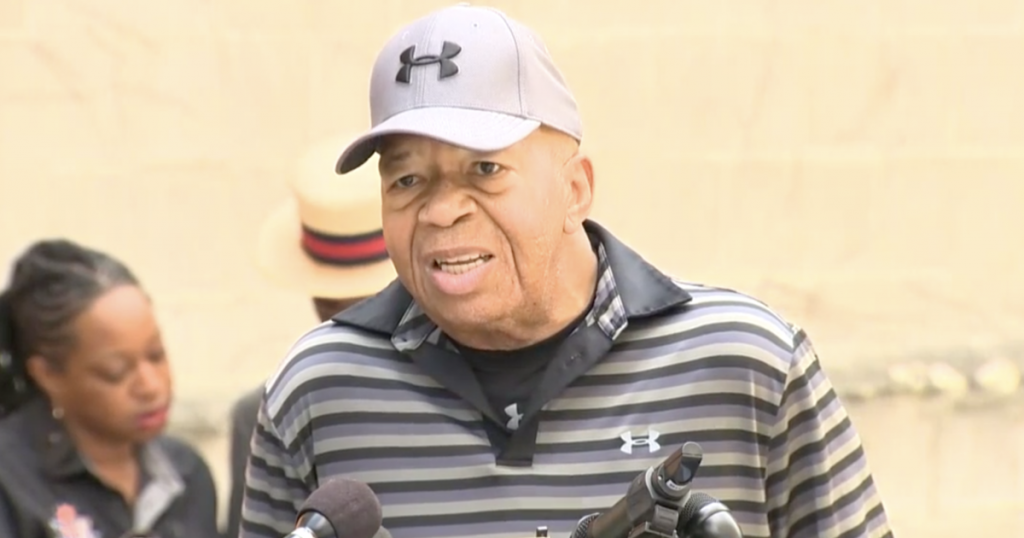