It’s Friday, September 13, and these are the stories moving the markets and shaking up the world.

Stocks are making a run at record highs. All three of the major averages are set to open within striking distance of record highs Friday morning after more positive developments on the trade front. Futures got a boost early Friday after China said U.S. soybeans and pork would be exempt from tariffs. That followed comments from President Trump, who on Thursday evening said he would consider an interim trade deal. Democrats clash in third debate. Ten Democratic presidential hopefuls took the stage in Houston, Texas, Thursday evening, sparring over issues ranging from trade to China to gun control. One of the night’s most memorable moments came when entrepreneur Andrew Yang showcased his universal basic income plan by offering 10 families a total of $120,000. Earlier Thursday, Trump said he is working on a “substantial” middle-income tax cut that will be unveiled next year. WeWork lays out plans for its IPO. The workspace provider is preparing for a debut on the Nasdaq the week of Sept. 23, The Wall Street Journal reports. Ahead of its initial public offering, the company is looking into ways to curb the power of founder Adam Neumann, who has 20 times the voting rights of ordinary shareholders. The Wework location on 40th street near 6th Avenue in Manhattan, New York.

Carl Icahn is reportedly moving his fund to Miami. The billionaire activist investor wrote a letter to staff in May telling them his plans for next year relocating Icahn Enterprises from New York City and White Plains to Miami, the New York Post says. Any employee who relocates will earn at least the same as they did in 2018. A “Game of Thrones” prequel may be coming soon. HBO is reportedly close to ordering a pilot for a prequel based on the rise and fall of the House Targaryen, Deadline reports. The proposed series would take place 300 years before “Game of Thrones.” Emilia Clarke as Daenerys Targaryen in a scene from “Game of Thrones.”( Keith Bernstein/AP/HBO, File)

China to lift punitive tariffs on US soybeans, pork

Fri Sep 13 , 2019
China will lift punitive tariffs imposed on U.S. soybeans and pork in a trade war with Washington, a state news agency said Friday, adding to conciliatory gestures by the two sides ahead of negotiations. China will suspend tariff hikes on soybeans, pork and some other farm goods, the Xinhua News […] 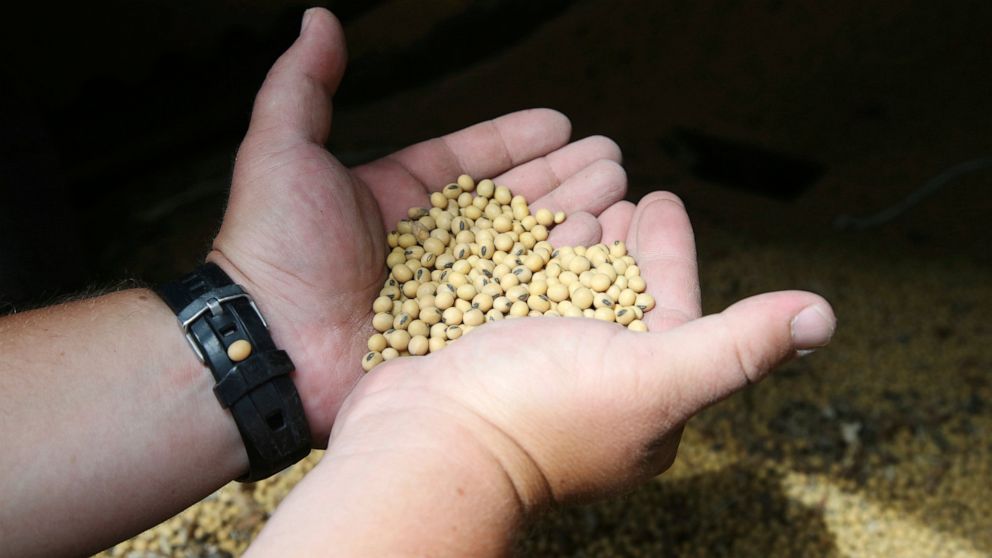