(Reuters) – Charles Leclerc has yet to score a point in his home Monaco Grand Prix but, with two retirements followed by no race in 2020 due to the pandemic, the Ferrari driver is due a change of fortune this weekend.

The 23-year-old, who grew up watching the cars race around the harbourside track and took the school bus along roads familiar to every Formula One fan, was excited at the prospect on Wednesday.

“I love it, but I’ve had a bit of a tough time at this track in the last three years, apart from last year where we didn’t race,” the Monegasque told reporters.

“But I love this track, I love city tracks in general. And here, I think it’s a special feeling for all drivers to be racing here.”

In 2018, his debut season with Alfa Romeo, Leclerc retired after a collision and then in 2019, his first year at Ferrari, he went out with a damaged floor.

He also retired twice at home in his title-winning 2017 Formula Two season.

“Unfortunately I’ve been quite unlucky here in the past, and I hope this luck will turn a little bit around for this year.”

Leclerc, a winner in Belgium and Italy from pole position in 2019, has yet to qualify in the top 10 in Monaco, the circuit he knows best of all.

“This two times I haven’t made it to Q3 (the final phase) but I’ll do everything this year to reach it,” he said.

Ferrari finished a dismal sixth overall in the championship last year, their worst showing in 40 years, so missing the Monaco showcase may have been a blessing in disguise for Leclerc.

They are looking much more competitive this year, with the Monegasque finishing all four races so far in the top six and with two fourth places.

“We shouldn’t dream too much of fighting with Mercedes and Red Bull, because realistically we are not at that level yet,” he said, keeping a lid on any rising expectations.

Soccer-Everton beat Wolves to stay in hunt for Europe 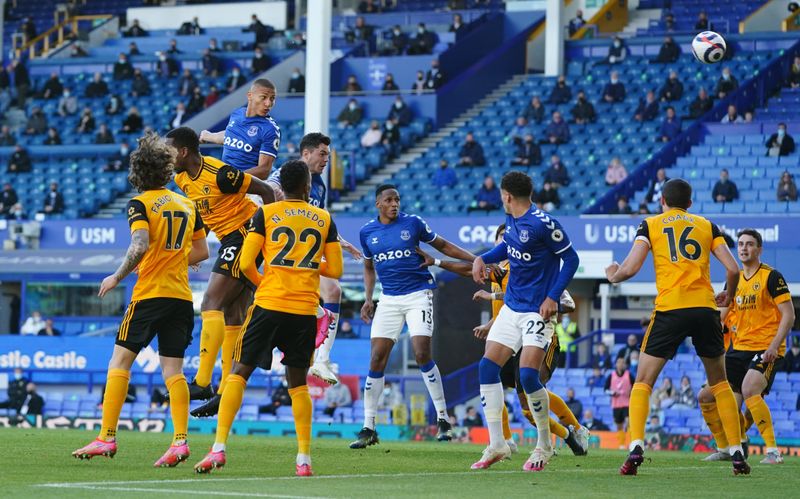