Voters wait in line on the sidewalk for several hours to cast their ballots during early voting in the Brooklyn borough of New York City, New York, October 27, 2020.

Voters have cast more than 94 million ballots in the U.S. ahead of Election Day, according to the U.S. Elections Project.

That figure represents more than 68% of the total votes counted in 2016, according to the site, which is compiled by University of Florida political science professor Michael McDonald. It includes more than 34 million in-person votes as well as nearly 60 million returned mail-in ballots, according to the project, though some states don’t break out mail-in votes separately from in-person.

Of the states that have party registration — which account for nearly half of the early voters so far — more than 45% of those who have turned out or mailed in their ballots are registered Democrats. Just over 30% are registered Republicans, according to the website, while more than 23% are not affiliated with a party.

Texas and Hawaii have both already exceeded their total voter turnout in 2016, at about 110% of those voting levels. Texas has become a surprising target of Democrats this year, a full cycle before many had projected changing demographics to swing the state in their favor.

Several other states are nearing 100% of their 2016 turnout already, according to the U.S. Elections Project. Florida Georgia, Montana, Nevada, New Mexico, North Carolina and Washington, have all exceeded 90% of total turnout in 2016.

Mon Nov 2 , 2020
London — In the lead-up to Election Day, international observers have been on the ground in the U.S. monitoring electoral procedures to report on how — and whether — the democratic process works. They’re watching how absentee ballots are handled, access to polling places for early voting, and compliance with changing […] 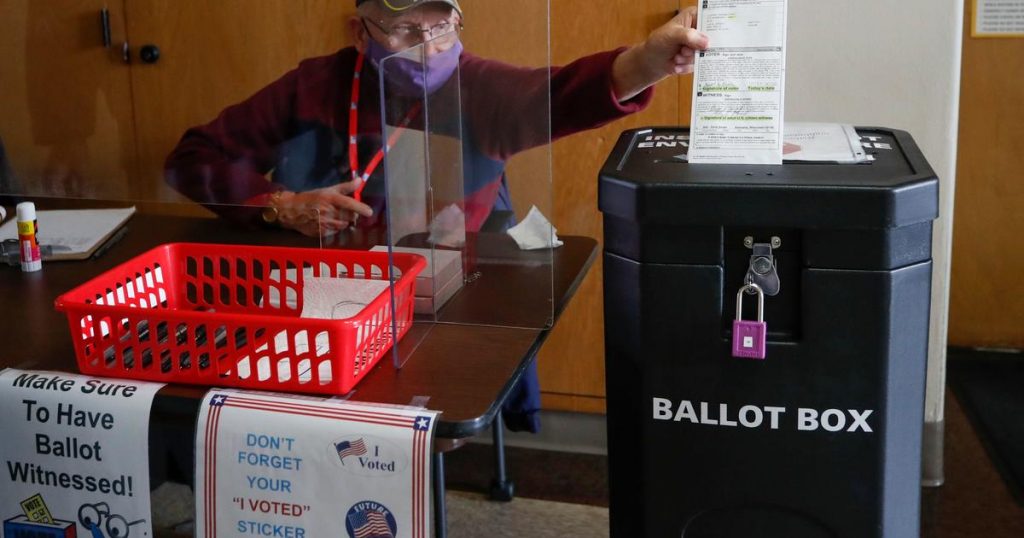