By Cynthia Kim and Heekyong Yang

SEOUL (Reuters) – President Moon Jae-in wants South Koreans to work less and earn more – and to achieve that his government has hiked the minimum wage and slashed the maximum length of the working week. But Heo Jeong, who serves barley tea samples at a Lotte Mart store in Seoul, says she lost a third of her income as a result.

Heo’s store shortened its opening times and cut staff hours. The 48-year-old now makes 1.2 million won ($1,077) a month working 32 hours instead of 40, a third less than before because she now isn’t getting much night work at premium rates or as many chances to earn bonuses.

She is not alone. Many businesses are closing early rather than hiring additional staff after the legal cap on working hours was cut to 52 per week from 68, effective July 1.

It is one of a number of signs that Moon’s reforms are starting to backfire and his pledge to be the “Jobs President” who tackles inequality head on may be at risk, economists warn.

Another problem is that a January hike in the minimum hourly wage – the biggest in 17 years at a whopping 16 percent – may have had the opposite effect on incomes for the lower paid, and also become a deterrent to investment and recruitment.

Household income for the lowest 20 percent fell 8 percent in the first quarter from a year earlier, marking the sharpest fall since 2003 when Statistics Korea began compiling data, and almost a quarter of those aged 15-29 remain unemployed.

“I want to work more hours, and take night shifts as much as possible,” said Heo. “I don’t necessarily see anyone actually making more money around me. I myself have cut down on groceries.”

A Lotte spokesman confirmed that most Lotte stores cut store hours, and some of its sub-contract workers worked fewer hours as a result.

On Saturday, the government-mandated Minimum Wage Commission heightened concerns over the issue by announcing that next year the minimum wage will increase another 10.9 percent to 8,350 won ($7.40) an hour.

That prompted a small business group, the Korea Federation of Micro Enterprise, to threaten to refuse to implement the reform. “Small-business owners are at a crossroads where they cannot help but choose either business shutdowns or staff cuts,” it said in a statement.

Certainly, South Korean companies have slowed down hiring. The monthly average number of jobs added so far this year, 142,000, is the slowest pace seen since the 2008-09 global financial crisis.

On Monday, Moon acknowledged possible negative consequences for small business owners and low-income earners from a higher minimum wage, but said his policies will continue to focus on boosting incomes.

“Steep increases in the minimum wage aim to ensure a dignified life for low-income workers, while raising household income to boost domestic demand, which in turn will lead to job creation,” Moon told his cabinet members at a policy meeting in Seoul, adding that efforts will be made to provide subsidies for the low-income earners who suffer as a result of the policies.

A Blue House official at the Presidential Committee on Jobs, a body Moon launched last year to fulfill his election promise of creating jobs, declined to elaborate further.

Moon remains popular, with 69 percent backing in polling in July, though that is down from a peak of 83 percent in May after his summit with North Korean leader Kim Jong Un and his rating has fallen for a fourth week in a row, according to Gallup Korea. It is unclear how much the economy is playing into those numbers.

Shipbuilder Hyundai Heavy Industries <009540.KS> and retailers Lotte Shopping <023530.KS> and Shinsegae Inc. <004170.KS> are among companies who have begun to power off computers at 5:30 p.m. for office workers to prevent overtime, according to spokespeople for the companies.

A number of Korean retailers have pulled forward closing times to 11 p.m. from 12 p.m. because of the higher wage costs.

“We’re trying to make working hours flexible for our workers and have shortened business hours at most of our stores,” an official at Lotte Shopping told Reuters, asking not to be named as he was not authorized to talk to the media. All three firms declined comment on hiring plans.

Lee Jae-kwang, who owns a Paris Baguette bakery in the posh Gangnam district of Seoul, says he is sending his workers home earlier in the evening and closes the store himself an hour earlier at 10 p.m.

“Adding jobs is the last thing on my mind. The steep increase in wages is a real financial strain for us,” said Lee.

To be sure, Moon is trying to fix some major structural economic problems. The youth unemployment rate reached 9.8 percent in 2017, almost three times the rate for all workers, yet South Koreans put in the third longest hours among the 36 members of the Organization for Economic Cooperation and Development, behind only Mexico and Costa Rica. Also South Korea’s labor productivity growth was only 19th among OECD countries in 2017.

And for many white collar workers, the new policies are a relief.

“I didn’t even think about leaving earlier than my boss last year. Now I can go watch movies every day and take my accounting classes at night, because they literally shut down my computer,” said Shin Duk-young, a 29 year-old office worker at a retailer in Seoul. He asked that the company not be named. Also, while the poor got hammered in the first quarter, average household income grew 3.7 percent from a year earlier, the fastest expansion in four years. Income for the top 20 percent surged 9.3 percent, making income inequality the worst on record, according to Statistics Korea.

This has yet to boost domestic demand, though. Consumer sentiment is at its lowest since May 2017, when Moon won the general election.

Labor unions say the policies can only achieve their goal if small companies get subsidies and low-income earners get tax credits. They criticize the government for delaying related reforms of tax policies.

If Moon is to fulfill his campaign promise on the minimum wage, he will have to keep lifting it to 10,000 won per hour by 2020.

Lee Sang-jae, chief economist at Eugene Investment and Securities, said Moon’s policies are “steps in the right direction” to tackle low incomes. But in a June report on South Korea, the OECD warned that scale would be unprecedented amongst its members and recommended Moon to assess this year’s economic impact before raising wages any further.

Many economists doubt any such assessment would go well.

The labor market shake-up comes as China, the gravitational center for Asian economies, shows signs of a slowdown and South Korean exporters risk being caught in the crossfire of a trade war between Washington and Beijing.

“Wage floor hikes and other pro-labor policies could help reduce inequality long down the road, but it has come at a very bad timing,” said Park Chong-hoon, an economist at Standard Chartered in Seoul.

Tue Jul 17 , 2018
HOUSTON — A manhunt is underway for a “person of strong interest” in a violent crime spree that has left at least three people dead in four days, reports CBS Houston affiliate KHOU-TV. The killing spree started Friday with the slaying of a widow who liked to read the Bible […] 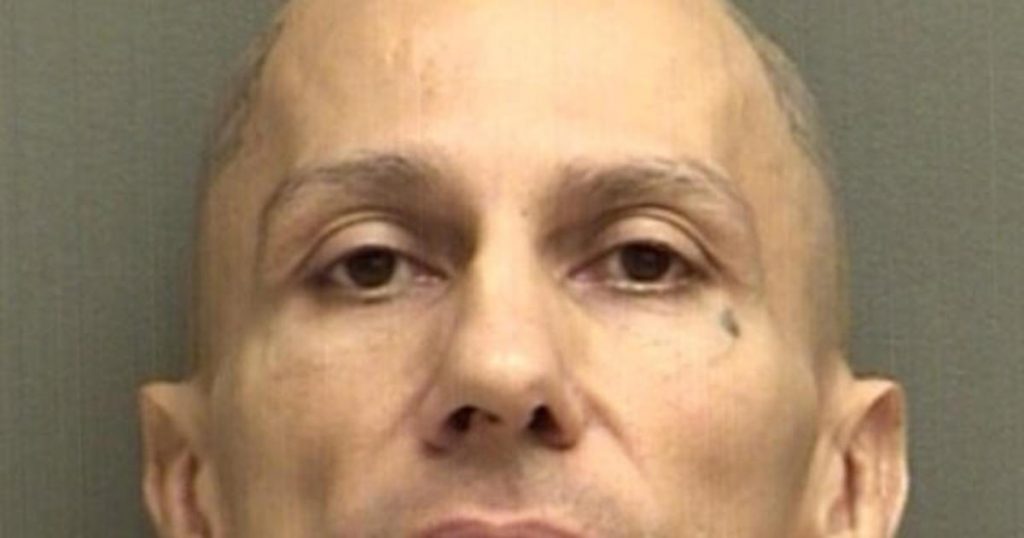