In this Wednesday, Sept. 12, 2018, photo, Paul Buzzell explains the process of making levels, at the Johnson Level and Tool plant, in Mequon, Wis. But about half the levels the company sells are imported from China and tariff increases on those products could cost the business an estimated $3.7 million annually, Buzzell said. (AP Photo/Ivan Moreno)

The trade war between the United States and China has made for a nerve-wracking summer of uncertainty in Wisconsin, where manufacturing has long been in decline yet remains a vital part of the state’s economy.

At Johnson Level and Tool in suburban Milwaukee, the Trump administration’s thrust-and-parry trade moves with China and other countries have left the company bracing for up to $3.7 million in extra costs annually because of higher tariffs on imports, including some of its levels that are made in China.

The company has a range of options to try to blunt its higher costs — from raising prices on the levels it sells to big box stores to potentially moving some of its manufacturing now done in China to another country to avoid tariffs.

But as companies across America struggle to adapt to the higher prices from import taxes, the options that officials at Johnson Level and Tool face underscore there are no easy answers — and no surefire way to avoid paying more for indispensable imports. As Trump’s tariffs on countless U.S. imports take root, some of the largest U.S. corporations have warned that higher prices are coming.

For many such companies, a key internal question is whether to absorb the higher costs themselves, at least temporarily, to avoid losing customers — or raise prices immediately. Johnson Level has chosen to raise its prices for the stores that buy its products by 8 percent to 10 percent to match its higher costs imposed by the tariffs.

Levels are a basic tool essential for things like getting doorways square and hanging pictures straight. Though Johnson manufactures some of its levels in Mequon, it imports others that are cheaper to make in China because their tooling machines cost just one-tenth what they do in the U.S., said Paul Buzzell, the company’s chief financial officer. About half of the levels the company sells are imported from China.

The uncertainty over how long the tariffs will remain in place has made it harder to find a solution, Buzzell said. He said he always assumed that if the U.S. increased tariffs, it would give businesses a year or two to prepare by making adjustments with their suppliers.

That was the assumption, he said, when the company “started investing in our suppliers and relationships in China.”

“We have this uncertainty, and almost overnight our business really has changed and so the competitive landscape is different,” Buzzell said.

The first tariffs on Chinese steel and aluminum in June didn’t affect Johnson Level; the company doesn’t import those raw materials. But in July, a second round of tariffs on $50 billion worth of Chinese imports covering hundreds of items, including all the levels and laser levels the company imports, meaning they were now paying 25 percent more for those.

Despite its decline over the years, manufacturing still plays a central role in Wisconsin’s economy, making the survival of companies like Johnson Level essential to the state.

About 16 percent of Wisconsin’s workforce is in manufacturing — second only to Indiana, according to the National Association of Manufacturers . And global trade — whether involving manufacturing, farming or other industries — supports about 800,000 jobs in the state, according to the advocacy group U.S. Chamber of Commerce . That’s roughly a quarter of the state’s total workforce.

In business since 1947, Johnson Level and Tool sells levels and measuring tools to stores nationwide, including Home Depot, Menards, Lowe’s and Ace Hardware.

Buzzell said some of his customers, whom he declined to name, have already balked at suggested price increases. One business customer that he said accounted for about $2 million in Johnson’s annual sales found another supplier shortly after Johnson raised its prices, Buzzell said.

Margaret Smith, a spokeswoman for Home Depot, said the company works “with suppliers to mitigate impact on customers.” She said she couldn’t elaborate.

Buzzell said the company, which employs about 100 people, has no plans to reduce staff. He wouldn’t disclose Johnson Level’s annual revenue, saying only that it’s under $50 million. Buzzell said one option likeliest to succeed — but also the costliest — would be for the company to find another country not subject to tariffs that can manufacture what it needs. Johnson Level has discussed that possibility, including making in the U.S. what it now imports from China, but it would entail a complex and time-consuming process.

“This is a classic example of uncertainty,” Buzzell said. “We’re questioning, should we treat these tariffs as a long-term thing that’s never going away.”

On the other hand, he said, the company must make pivotal decisions even knowing that the Trump administration could rescind its tariff increases at any time.

“You don’t really know what to do,” Buzzell said.

The uncertainty over how long the tariffs will stay is making decisions difficult for other companies that import products from China as well.

“The big question is, nobody knows how long they’ll be in place, so it’s hard making changes,” Austin Ramirez, the CEO of Husco International, said in an interview.

The Wisconsin-based Husco makes hydraulic and electro-mechanical components for cars and uses machines and metal from China.

“This is costing us a fortune,” Ramirez told U.S. Sen. Ron Johnson at a meeting with business leaders in July. Ramirez said the company was incurring about a million dollars a month more in expenses because of the Trump tariffs. Husco International makes roughly a half-billion in total revenue, Ramirez said.

Husco International does about half its business overseas, with plants in Asia and Europe. The company also has about 100 manufacturing jobs in the U.S. for exports to other countries, but retaliatory tariffs on U.S. exports means those jobs could move elsewhere, Ramirez said.

“Those jobs are at risk because I can move them to overseas plants that aren’t subject to these tariffs,” Ramirez told Johnson.

At Regal Ware, a company that makes pots, frying pans and cast aluminum cookware, $2 million in profits could vanish if tariffs remain in place this year, said Doug Reigl, a vice president at the Wisconsin-based company.

Reigl said the company will consider moving production overseas “or look for ways to take costs out of operations here in the U.S.” if the tariffs stay.

While layoffs may not be imminent at manufacturing companies, hiring could face a slowdown, said Dr. Joseph Daniels, chairman of the economics department at Marquette University.

“I would say what’s at risk is actually job creation,” Daniels said.

“It’s not going to shut us down,” he said of the tariffs. “But what it does, it theoretically takes away money to invest in long-term projects.”

Thu Oct 11 , 2018
First lady Melania Trump, whose “Be Best” campaign focuses on the well-being and bullying prevention efforts of young children across the country, says she considers herself to be one of the “most bullied” people in the world. In excerpts of a wide-ranging interview set to air on ABC News on […] 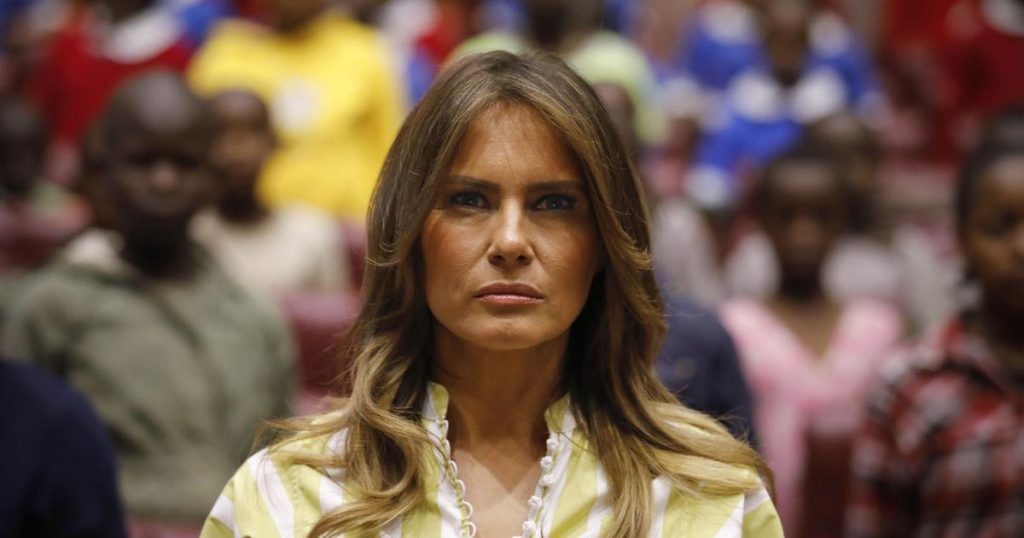