Evan Longoria belted a homer to lead off the 11th inning, and the visiting San Francisco Giants overcame an eight-run deficit to post a 12-11 victory over the Cincinnati Reds on Friday.

After striking out a pair of batters in a scoreless 10th inning, Jared Hughes (2-1) saw his 0-1 slider to Longoria deposited just inside the left field foul pole to begin the 11th.

The blast capped San Francisco’s comeback from an 8-0 deficit, highlighted by Stephen Vogt’s game-tying homer off closer Raisel Iglesias with two outs in the ninth inning.

Joe Panik launched a two-run homer, and Steven Duggar and Brandon Belt each had a two-run single for the Giants, who overcame a pair of three-run homers by Derek Dietrich to snap a seven-game losing streak in Cincinnati.

Max Muncy drove home Austin Barnes with a single off the glove of San Diego first baseman Eric Hosmer in the ninth inning to give visiting Los Angeles a win.

The Dodgers rallied from a 3-0 deficit that the Padres built when Manny Machado and Ian Kinsler homered off Clayton Kershaw.

Scott Alexander (2-1) retired the only hitter he faced to get the win. Kenley Jansen picked up his 11th save with three strikeouts in the bottom of the ninth. Kirby Yates (0-1), who was the National League Reliever of the Month for April after recording 14 saves in as many chances, took the loss.

Texas’ Ariel Jurado (0-1) took over in the 12th and gave up a leadoff single to Brandon Drury. Teoscar Hernandez then singled to center and Danny Jansen laid down a two-strike bunt back to Jurado, who threw the ball away trying to retire Drury at third, scoring the only run.

Kyle Hendricks threw a shutout on 81 pitches to lift Chicago past the visiting Cardinals, allowing four hits and striking out three without walking a batter in the opener of the three-game series.

It was his third major league shutout and first since a 5-0 win against the Miami Marlins on Aug. 1, 2016.

Anthony Rizzo hit a three-run homer among his three hits for Chicago, which has won five in a row, the past two by shutout. St. Louis starter Jack Flaherty (3-2) pitched 5 2/3 innings, allowing three runs and four hits with nine strikeouts and a season-high four walks.

In a tension-filled game, Atlanta pitcher Kevin Gausman was ejected in the second inning, but the Braves rallied to defeat host Miami led by Brian McCann, who homered and had three RBIs. Freddie Freeman also homered, and Josh Donaldson — in his first game back from a calf injury — went 3-for-5 with a double and three RBIs.

Gausman was apparently seeking retribution against Marlins pitcher Jose Urena (1-5), who hit Braves star Ronald Acuna in the elbow last year. This was the first time since then that the Braves had faced Urena, and Gausman threw a 97 mph fastball behind his knees with his first pitch, earning an immediate ejection.

Touki Toussaint (2-0), who entered the game in the second inning after Gausman was ejected and inherited a two-on jam, earned the win in his first game since being recalled from Triple-A Gwinnett. He allowed one run in four innings, striking out six.

Josh Phegley had a career-high eight RBIs as visiting Oakland broke out of a six-game losing streak in a big way, shellacking Pittsburgh.

Phegley hit a solo homer, two bases-clearing doubles and an RBI single. It was the most RBIs against Pittsburgh since St. Louis’ Kenny Reitz had eight on June 28, 1977.

Ryan Braun hit a tiebreaking two-run homer in the fifth inning for host Milwaukee, which went on to beat New York in the opener of a three-game series.

Braun finished 3-for-4 for the Brewers, who snapped a two-game losing streak. The Mets have alternated losses with wins over the past seven games.

The teams traded runs in the first inning, but the Brewers stranded five runners over the next four innings before finally cashing in against Steven Matz (3-2) in the fifth, when Yasmani Grandal drew a leadoff walk and Braun followed with a homer. That helped make a winner out of Brandon Woodruff (4-1), who allowed the one run on six hits and two walks while striking out seven over five innings.

The Rockies nearly rallied from four down in the ninth. Blackmon hit a two-run homer to make it 10-8, and then Colorado loaded the bases with no outs off Greg Holland. David Dahl drove in one run with a fielder’s choice, but Holland struck out Ian Desmond and Chris Iannetta to earn his eighth save.

Glasnow, the American League Pitcher of the Month for April, improved to 6-0 while allowing three hits and striking out eight without a walk. The 25-year-old lowered his AL-leading ERA to 1.47 as the Rays topped the Orioles. Glasnow matched his longest outing of the season.

All five Baltimore hits were singles, and the Orioles didn’t get a runner to second base. Tommy Pham had three hits and drove in two runs for the Rays, and Brandon Lowe, Avisail Garcia and Willy Adames each had two hits. The Rays totaled 12 hits and six walks.

Sanchez opened the fifth by hitting a 2-1 fastball from Kyle Gibson (2-1) into the left field seats to give the Yankees a 5-1 lead. Sanchez then homered with two outs in the seventh on a 2-2 fastball from Mike Morin, giving the Yankees catcher 10 home runs this season.

Sanchez’s homers occurred on a night when Paxton became the latest Yankees player to be injured. He exited after the third inning, and the Yankees said he was headed for an MRI exam on Saturday.

Chris Sale struck out 10 batters in six shutout innings to earn his first victory of the season, and Rafael Devers backed him with a three-run home run as visiting Boston topped Chicago.

Facing the club with which he spent the first seven seasons of his career, Sale (1-5) emerged victorious in his seventh start of the season. The left-hander scattered three hits and one walk while throwing 70 of his 104 pitches for strikes to help Boston to its fourth win in five games.

Devers delivered the only offense Boston needed, smacking his first home run of the season with two on and two outs in the first inning. Red Sox rookie Michael Chavis hit a two-run homer in the sixth.

Rhys Hoskins hit a go-ahead, three-run homer in the sixth inning, and Jerad Eickhoff and four relievers shut down a decimated Washington lineup as host Philadelphia won. The Nationals are now 1-9 in the first game of a series this year.

Hector Neris pitched the ninth for his fifth save while the Phillies won for the fifth time in six games. Neris fanned Michael A. Taylor for the last out with a runner on.

The winning rally started as Jean Segura reached on an infield single with one out in the sixth, and Bryce Harper followed with a walk against his former team. Hoskins then hit a 1-1 pitch from Dan Jennings (0-1) well over the fence in left.

Pinch hitter Tyler Naquin grounded a run-scoring single into right field with two outs in the bottom of the ninth inning to give Cleveland the victory against visiting Seattle, which took its fifth straight defeat.

Francisco Lindor led off the bottom of the ninth by walking on four pitches from Mariners right-hander Anthony Swarzak (2-1). Leonys Martin hit a slow roller to second baseman Dee Gordon that turned into a fielder’s choice, with Lindor out at second.

Jose Ramirez was caught looking at a called third strike before Carlos Santana walked, moving Martin to second. After a conference on the mound, Naquin swung at the first pitch he saw from Swarzak and grounded it out of the reach of Gordon, allowing Martin to score easily. Brad Hand (1-1) pitched a scoreless inning of relief for the victory.

Miguel Cabrera had three hits and an RBI, Matthew Boyd (3-2) struck out nine over seven innings, and host Detroit held off Kansas City.

Ronny Rodriguez had two hits, a run and two RBIs for the Tigers, while Nicholas Castellanos scored twice. Shane Greene recorded his 13th save in as many opportunities despite allowing a Jorge Soler homer.

Sat May 4 , 2019
Tyson Foods is massively expanding a previous recall for its brand of frozen, ready-to-eat chicken strips due to consumers finding pieces of metal in them. The company issued a recall for 69,093 pounds of chicken strips on March 21, but it is now expanding that to 11,829,517 million pounds, according […] 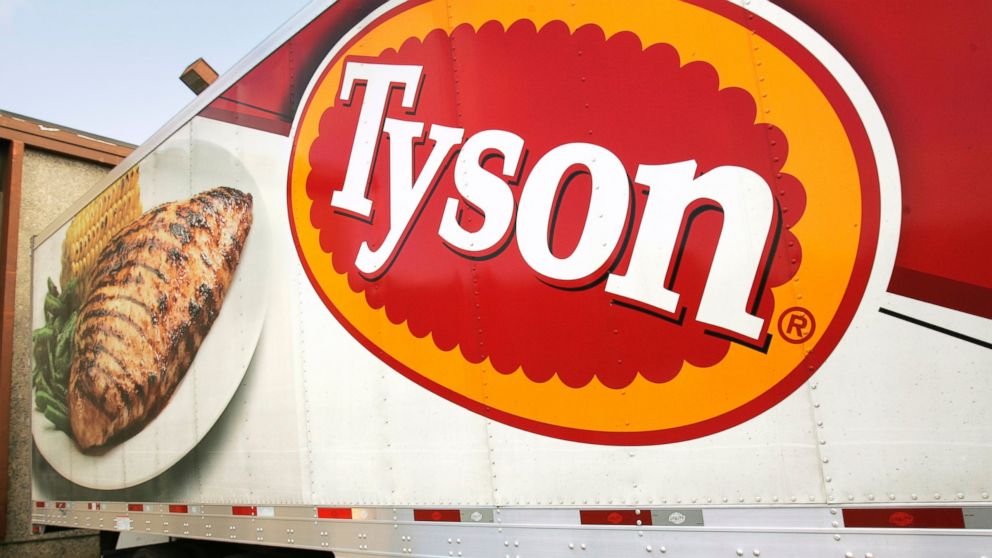