The Miami Marlins activated veteran infielder Martin Prado from the 10-day injured list Thursday and replaced him on the IL with utility man JT Riddle.

Prado, 35, had been out of action since the middle of June due to a right hamstring strain. He is batting .237 with one home run and 12 RBIs in 52 games after grounding out as a pinch hitter Thursday against the San Diego Padres.

Prado is a career .288 hitter with 99 home runs and 606 RBIs over 14 seasons with the Atlanta Braves, Arizona Diamondbacks, New York Yankees and Marlins. He was an All-Star with the Braves in 2010 and has played both first and third base this season.

Riddle, 27, is batting .189 with six home runs and 12 RBIs over 51 games with the Marlins this season. He saw most of his action in center field but did play 12 games at shortstop. Riddle is out because of a forearm strain.

–The Los Angeles Dodgers recalled left-hander Caleb Ferguson prior to their game against the Philadelphia Phillies, while right-hander Casey Sadler was optioned to Triple-A Oklahoma City.

It is the third stint with the Dodgers this season for Ferguson, 23. He faced two batters Thursday, hitting one with a pitch and walking one, and he was charged with two runs, raising his ERA to 6.26.

Sadler, 29, was acquired by the Dodgers in a trade with the Tampa Bay Rays on July 3 and added to the major league roster Monday. He made two appearances against the Phillies this week, allowing one run in 2 2/3 innings.

Salas, 34, was added to the one remaining vacancy on the Phillies’ 40-man roster while also joining the major league roster. He pitched two-thirds of an inning Thursday and allowed one run.

Irvin, 25, made six appearances (three starts) with the Phillies earlier this season. The rookie is 2-1 this season with a 7.82 ERA.

–The Toronto Blue Jays designated Nick Kingham for assignment to open a roster spot for Thomas Pannone, who started the team’s game against the Boston Red Sox.

It’s the second time Kingham, 27, has been designated for assignment this season. He was 2-1 with a 3.50 ERA in 10 games for Toronto after being acquired for cash considerations from Pittsburgh in June. The right-hander was 1-1 with a 9.87 ERA for the Pirates in 14 games earlier this season.

Pannone, a 25-year-old left-hander, took the loss at Boston after allowing four runs on five hits in 4 1/3 innings. He is 2-4 with a 6.39 ERA in 25 appearances (three starts) for the Blue Jays this season.

–The Cincinnati Reds are thin at catcher after placing Curt Casali on the 10-day injured list and Kyle Farmer on the seven-day concussion list.

Starting catcher Tucker Barnhart last played on June 22 and is on the IL due to a right oblique injury. Cincinnati signed journeyman Ryan Lavarnway on Thursday a day after promoting Juan Graterol from Triple-A Louisville. Graterol started Wednesday against the Cubs and was in the lineup Thursday against St. Louis.

Trump to nominate Eugene Scalia as new secretary of labor

Fri Jul 19 , 2019
President Trump announced that Eugene Scalia, son of the late Supreme Court Justice Antonin Scalia, is his pick to become the next secretary of labor. The president made the announcement via Twitter on Thursday night, praising Scalia’s work as a lawyer and in the field of labor. ….working with labor […] 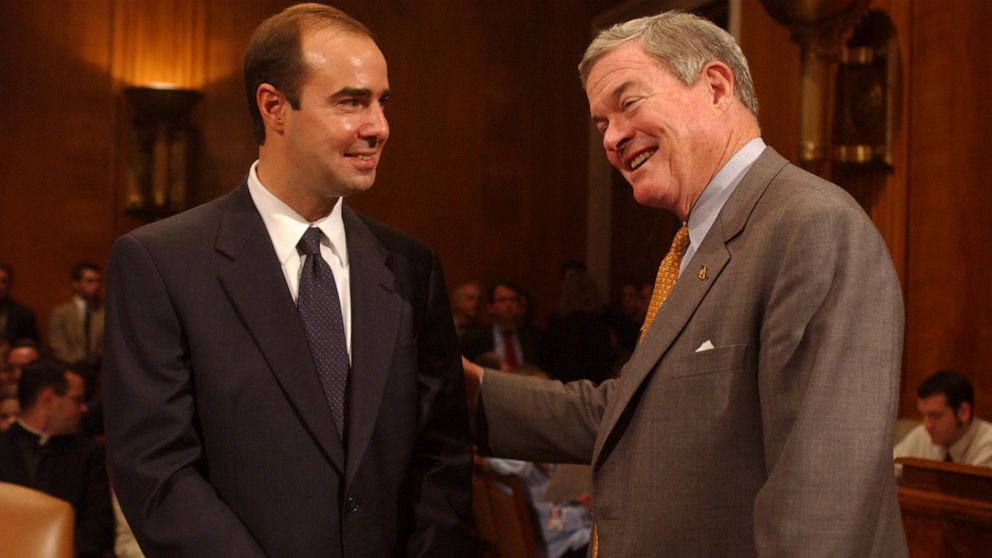