Cleveland Indians right-hander Carlos Carrasco is out indefinitely after being placed on the 10-day injured list Wednesday due to a blood condition.

Carrasco, 32, recently was diagnosed with the condition after feeling lethargic for several weeks, according to the Indians. He “is stepping away from baseball activities to explore the optimal treatment and recovery options,” the team announced.

Carrasco, who is 4-6 with a 4.98 ERA in 12 starts this season, had been scheduled to start Wednesday against the Minnesota Twins.

–New York Mets second baseman Robinson Cano, sidelined since May 22 due to a strained left quadriceps, was activated from the 10-day injured list.

Cano was batting just .241 with three homers and 13 RBIs in 45 games before getting hurt. The eight-time All-Star was acquired from the Seattle Mariners in the offseason.

–The San Francisco Giants placed catcher Buster Posey on the 10-day injured list due to a hamstring injury. The move was made retroactive to Sunday.

Posey is batting .257 with three homers and 18 RBIs in 46 games this season. The six-time All-Star underwent hip surgery last August and recovered in time to do the bulk of the catching this season.

San Francisco activated right-hander Trevor Gott in a corresponding move. Gott was out since May 25 due to a right forearm strain.

–The San Diego Padres placed left-hander Matt Strahm on the 10-day injured list due to a left rib strain.

Strahm, 27, was enjoying a consistent season until being rocked for seven runs and seven hits over 4 1/3 innings against the Miami Marlins on Sunday. The setback dropped Strahm’s record to 2-5 in 11 starts and saw his ERA rise nearly a full run to 4.07.

–The Los Angeles Dodgers placed rookie infielder Matt Beaty on the injured list, retroactive to Monday, due to a left hip flexor strain.

Outfielder Kyle Garlick was recalled to take Beaty’s spot on the active roster, marking his third stint with the major league team this season.

–The Detroit Tigers became the first team to officially announce the signing of a first-round draft pick, as outfielder Riley Greene joined the organization.

Greene, 18, the No. 5 overall selection out of Hagerty High in Oviedo, Fla., will forgo a commitment to attend the University of Florida. He was selected in the opening round on Monday.

ESPN’s Keith Law ranked Greene as the No. 6 overall prospect in the draft, while Baseball America ranked him No. 5 overall. He batted .422 as a high school senior. The slot value for the No. 5 overall selection is $6.18 million, but the Tigers did not announce bonus terms for Greene.

–The Toronto Blue Jays selected a familiar name — Halladay — during the 32nd round of the 2019 MLB Draft. Right-hander Braden Halladay, the son of Hall of Famer Roy Halladay, was tabbed by the Blue Jays, the team his late father starred for from 1998-2009.

Braden Halladay pitched for Calvary Christian High of Clearwater, Fla. He intends to play college baseball for Penn State rather than sign with Toronto, but in a tweet, he thanked the Blue Jays for selecting him.

Jupiter's largest moons will be visible this month

Thu Jun 6 , 2019
Jupiter now has 79 official moons NASA has a message for space lovers this month: Look up. The largest planet in the solar system, Jupiter, will be clearly visible June 10 — and to see its biggest moons you’ll only need to grab a pair of binoculars. NASA said the […] 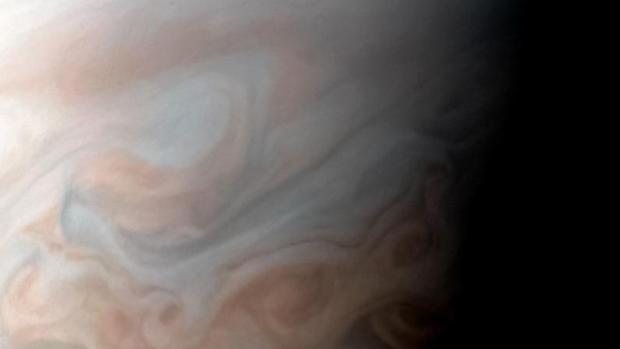