LIBERTY, Mo. — Missouri State Highway Patrol troopers shot and wounded a man who wanted to “do some harm” when he came to a troop headquarters in suburban Kansas City armed with a rifle, authorities said.

The man was shot Monday night at Troop A headquarters in Lee’s Summit, patrol spokesman Bill Lowe said. The man’s motives were under investigation, but it was apparent he “was there to do some harm, no doubt about it,” Lowe said Tuesday.

The suspect was in stable condition Tuesday at a hospital. No troopers were injured.

The patrol had not had much, if any, interaction with the man before Monday’s confrontation, Lowe said.

A trooper who was outside saw the man get out of his vehicle armed with an assault-type weapon, Lowe said. The trooper “gave several commands to the suspect” and radioed personnel inside the building.

Two other troopers came outside and fired at the man, Lowe said.

Lowe said the shooting “could have been a lot worse” if troopers had not responded so quickly.

“It was fortuitous that the trooper was outside and that the other troopers were inside,” Lowe said. “We had civilian dispatchers and others inside the building that were protected. I’m just thankful they were there.” 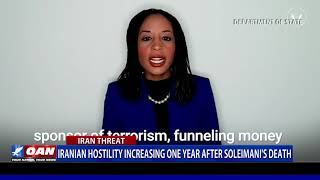