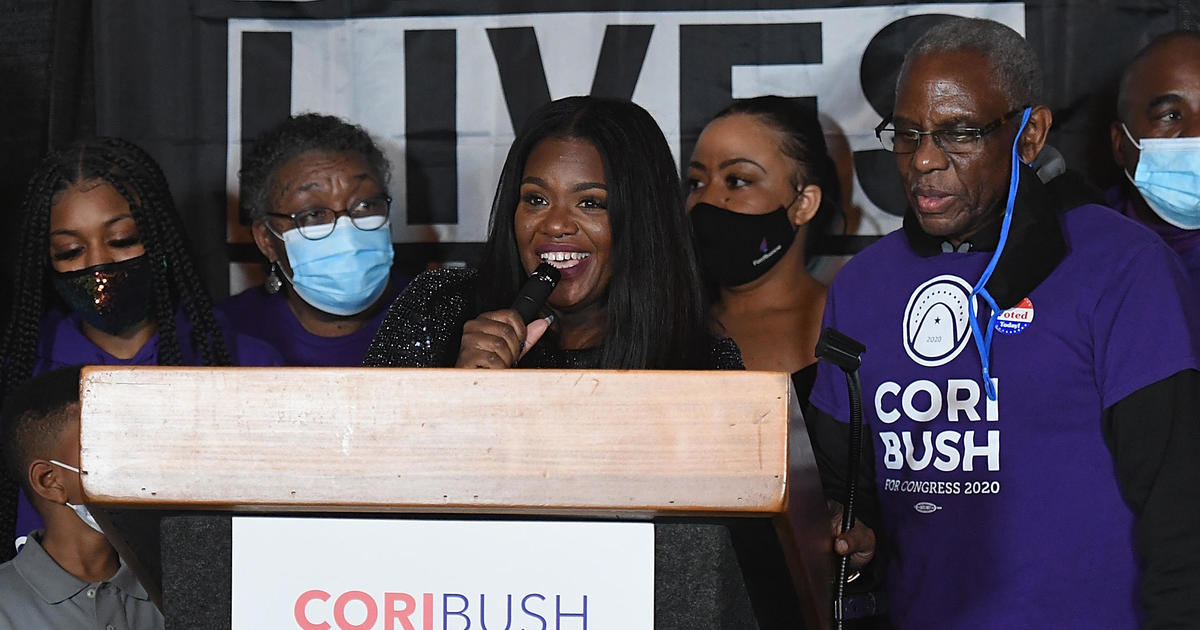 Cori Bush, a progressive Democrat and activist, has become Missouri’s first Black congresswoman, according to CBS News projections. With 88% of votes reported, Bush is leading Republican Anthony Rogers 78.9% to 19% to represent the state’s first congressional district, which includes St. Louis and Ferguson.

Bush, 44, claimed victory on Tuesday, promising to bring change to the district. “As the first Black woman and also the first nurse and single mother to have the honor to represent Missouri in the United States Congress, let me say this: To the Black women, the Black girls, the nurses, the essential workers, the single mothers, this is our moment,” she told supporters in St. Louis.

Bush first made waves by leading protests in Ferguson after the death of Michael Brown, who was killed by officer Darren Wilson in 2014. This summer, she defeated incumbent Representative William Lacy Clay Jr. in the Democratic primary, ending the Lacy Clay family’s 50-year streak of representing Missouri.

Bush ran a progressive campaign focused on the neglected and “underrepresented” in her community. She was vocal about her previous struggles with poverty and homelessness, an openness that only helped her race. This year, Bush was among a record cohort of women of color running for Congress, according to the Center for American Women and Politics.

“We the people have committed to a vision of America that works for all of us, an America that treats every single person with respect, that recognizes health care as a human right, that believes every person deserves food to eat, a home to live in, and a dignified life,” Bush said Tuesday night. ‘Our America will be led not by the small-mindedness of a powerful few, but the imagination of a mass movement that includes all of us.”

Wed Nov 4 , 2020
U.S. stocks climbed on Wednesday, led by tech shares, even as the results of the presidential contest so far failed to yield a clear winner. The Dow Jones Industrial Average jumped 700 points, or 2.6%. The S&P 500 traded 3.1% higher. The tech-heavy Nasdaq Composite popped 4.1% as investors crowded […] 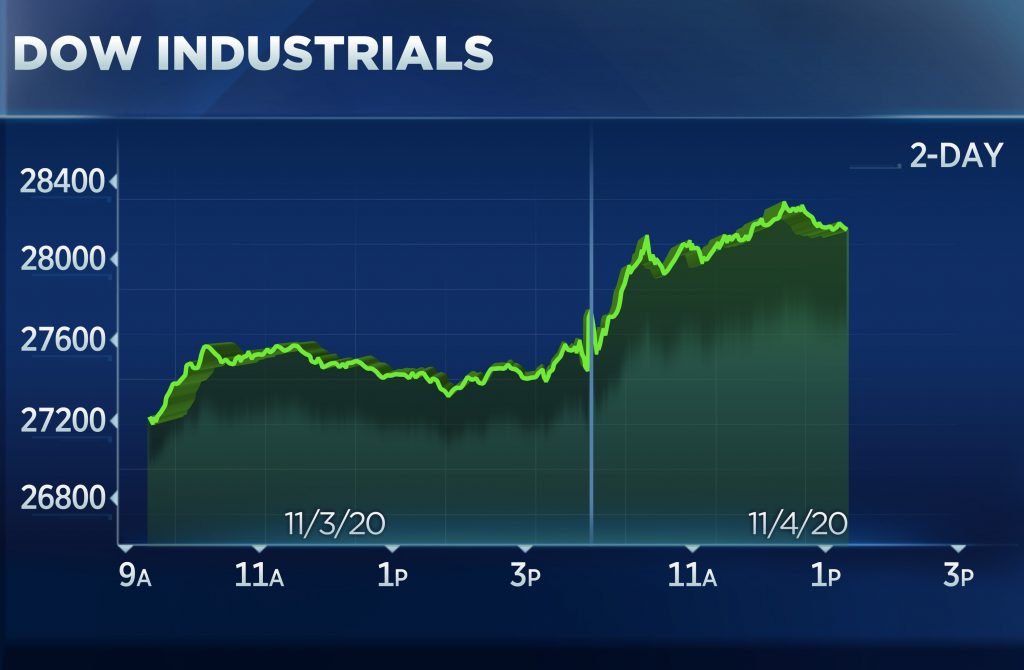