By Steve Holland and Richard Cowan

PALM BEACH, Fla/WASHINGTON (Reuters) – Millions of Americans saw their jobless benefits expire on Saturday after U.S. President Donald Trump refused to sign into law a $2.3 trillion pandemic aid and spending package, protesting that it did not do enough to help everyday people.

Trump stunned Republicans and Democrats alike when he said this week he was unhappy with the massive bill, which provides $892 billion in badly needed coronavirus relief, including extending special unemployment benefits expiring on Dec. 26, and $1.4 trillion for normal government spending.

Without Trump’s signature, about 14 million people could lose those extra benefits, according to Labor Department data. A partial government shutdown will begin on Tuesday unless Congress can agree a stop-gap government funding bill before then.

After months of wrangling, Republicans and Democrats agreed to the package last weekend, with the support of the White House. Trump, who hands over power to Democratic President-elect Joe Biden on Jan. 20, did not object to terms of the deal before Congress voted it through on Monday night.

But since then he has complained that the bill gives too much money to special interests, cultural projects and foreign aid, while its one-time $600 stimulus checks to millions of struggling Americans were too small. He has demanded that be raised to $2,000.

“Why would politicians not want to give people $2,000, rather than only $600?…Give our people the money!” the billionaire president tweeted on Christmas Day, much of which he spent golfing at his Mar-a-Lago resort in Palm Beach, Florida.

Many economists agree the bill’s aid is too low but say the immediate support is still welcome and necessary.

A source familiar with the situation said Trump’s objection to the bill caught many White House officials by surprise. While the outgoing president’s strategy for the bill remains unclear, he has not vetoed it and could still sign it in coming days.

On Saturday, he was scheduled to remain in Mar-a-Lago, where the bill has been sent and awaits his decision. Biden, whose Nov. 3 electoral victory Trump refuses to acknowledge, is spending the holiday in his home state of Delaware and had no public events scheduled for Saturday.

(Reporting by Steve Holland in Mar-a-Lago and Richard Cowan in Washington; Additional reporting by Simon Lewis in Delaware; Writing by Michelle Price; Editing by William Mallard)

Sat Dec 26 , 2020
SEOUL, South Korea — South Korea had seemed to be winning the fight against the coronavirus: Quickly ramping up its testing, contact-tracing and quarantine efforts paid off when it weathered an early outbreak without the economic pain of a lockdown. But a deadly resurgence has reached new heights during Christmas […] 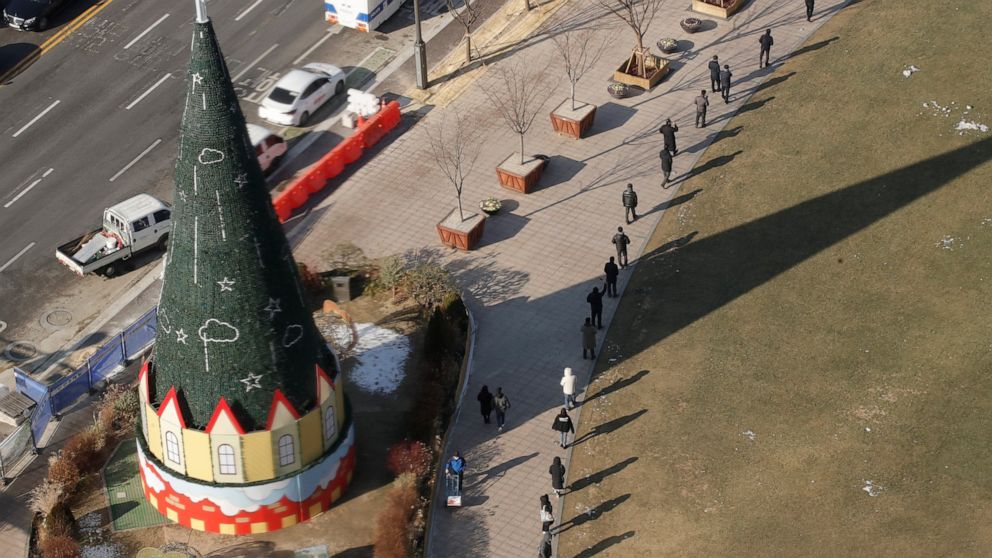