SAN FRANCISCO (Reuters) – Microsoft Corp and Sony Corp on Thursday said they struck a strategic partnership in which Sony would use Microsoft’s cloud for streaming games and media and the two would work together to develop image sensors.

The deal is in its early stages, with many specifics yet to be determined. But the owners of two major consumer interactive entertainment franchises – Microsoft’s Xbox platform and Sony’s PlayStation – would collaborate to stream games and content to consumers and offer game makers new development tools.

“For many years, Microsoft has been a key business partner for us, though of course the two companies have also been competing in some areas,” Sony Chief Executive Kenichiro Yoshida said in a statement. “I believe that our joint development of future cloud solutions will contribute greatly to the advancement of interactive content.”

Sony’s deal with Microsoft comes at a time when the Japanese firm’s gaming business is losing some steam as its PlayStation 4 (PS4) console nears the end of its life.

Analysts widely expect Sony to launch a next-generation console in 2020 to replace the five-year old PS4, but for this year at least Sony has flagged a drop in profit.

Amazon has also jumped into the gaming market, offering game makers new technology tools, and with its nearly $1 billion acquisition of Twitch, a major destination for gamers to watch other players competing in the e-sports market.

Japan’s Sony is also a major supplier of camera chips for smartphones and other devices.

Sony and Microsoft said they will potentially develop new image sensor chips that use Microsoft’s artificial intelligence (AI) technology for business customers. The two companies did not specify how the chips would be used.

Intelligent cameras are currently being used in applications such as spotting defective items coming off manufacturing lines with greater accuracy than human inspectors.

Sony and Microsoft said they would explore how to use Microsoft’s AI tools in Sony’s consumer products “to provide highly intuitive and user-friendly AI experiences.”

Microsoft’s technology for tasks like recognizing images and understanding human speech is widely believed to be competitive with better-known rivals such Alphabet Inc’s Google, but its focus on business customers has left it fewer outlets for technology that consumers touch. Sony, by contrast, makes a wide range of televisions, phones and other consumer devices.

“Sony has always been a leader in both entertainment and technology, and the collaboration we announced today builds on this history of innovation,” Microsoft Chief Executive Satya Nadella said in a statement.

Fri May 17 , 2019
Image 1 of 2 ▼ People walk past an electronic stock board showing Japan’s Nikkei 225 index at a securities firm in Tokyo Friday, May 17, 2019. Asian stocks were mixed on Friday amid worries that U.S. economic sanctions on Huawei would put a drag on trade negotiations with China. […] 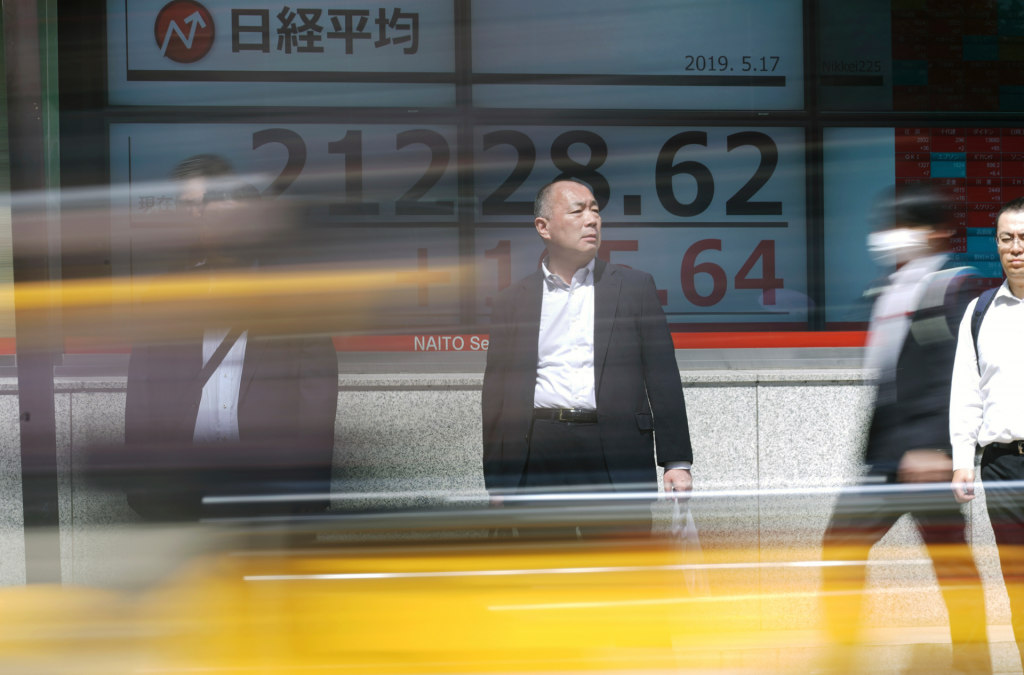