Microsoft shares moved 3% lower on Tuesday after the company reported fiscal third-quarter earnings that came in stronger than analysts had expected, although its operating margin narrowed somewhat as cloud became a larger part of the software maker’s business.

The software and hardware maker posted 19% annualized revenue growth for the quarter, which ended March 31, according to a statement. That’s the biggest quarterly increase the company has posted since 2018, thanks in part to gains in PC sales resulting from coronavirus-driven shortages last year.

The company said its Azure public cloud that competes with market leader Amazon Web Services grew 50%, faster than the 46% growth that analysts had expected, according to a CNBC review of 14 equity research notes. In the prior quarter Azure revenue grew 50%. Microsoft does not disclose Azure revenue in dollars.

The Productivity and Business Processes segment, containing Office, Dynamics and LinkedIn, contributed $13.55 billion in revenue, up 15% and more than the $13.49 billion FactSet consensus.

The company’s More Personal Computing unit, which includes Windows, gaming, devices and search, came up with $13.04 billion in revenue. That was up almost 19% and higher than the $12.55 billion consensus. Technology research company Gartner estimated earlier this month that PC manufacturers shipped nearly 70 million units in the quarter, 32% more than in the year-ago quarter, the fastest growth since Gartner started tracking PC market in 2000. That benefits Microsoft’s sales of Windows licenses to PC makers, which were up 10%.

The outcome was greater than Microsoft itself had forecasted. In January Amy Hood, Microsoft’s finance chief, had called for Windows license revenue from device makers to be up in the low single digits.

At the same time, the gross margin for Microsoft’s broad Commercial Cloud category of products — including Azure, commercial subscriptions to the Office 365 productivity bundle, cloud-based Dynamics 365 enterprise applications and commercial parts of LinkedIn — narrowed to 70% from 71%. The number is important to investors who want to see that Microsoft can continue to make Azure more profitable.

Microsoft said in the quarter it had won a U.S. Army contract worth up to $21.9 billion over a decade for augmented reality headsets based on its latest HoloLens device. The company also issued patches to address vulnerabilities in its Exchange Server on-premises email and calendar software that Chinese hackers exploited. It also closed the $7.5 billion acquisition of video game maker ZeniMax Media.

With respect to guidance, analysts polled by Refinitiv expect $42.98 billion in revenue for the fiscal fourth quarter, which would imply annualized revenue growth of 13%.

Notwithstanding the after hours move, Microsoft shares are up 18% year to date, compared with a gain of around 12% for the S&P 500 over the same time period.

Executives will discuss the results with analysts and issue guidance on a conference call starting at 5:30 p.m. ET.

WATCH: Is Microsoft too hard to beat?

3M and GE warn of supply chain constraints. What that means for Boeing ahead of earnings

Tue Apr 27 , 2021
A duo of industrial earnings has shed a light on supply chain constraints companies are facing. General Electric CEO Larry Culp told CNBC on Tuesday that the company had seen supply chain issues and would raise prices to offset cost pressures in materials such as electronics, resins and steel. 3M […] 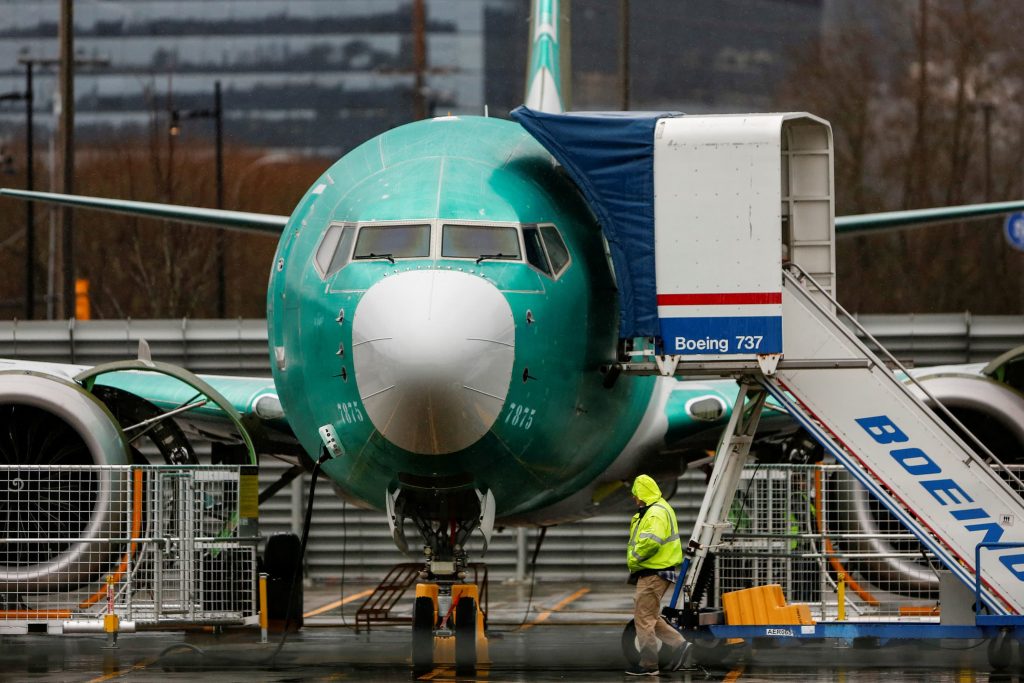