MIAMI — A Florida road will be named after a Black teenager whose death by a neighborhood watch volunteer in 2012 catalyzed a movement for racial justice.

The Miami Herald reports Trayvon Martin’s name will be added to section of an avenue that leads to a high school he attended in Miami.

Members of the Miami-Dade County Commission approved the motion unanimously this week. Commissioner Barbara Jordan, who sponsored the resolution, said the teen had mechanical skills, knowing how to build and fix dirt bikes and wanted to go to college.

The portion of the county-owned road will be called “Trayvon Martin Avenue.” Officials say the new signs should be ready within a few weeks.

Martin was shot dead in Sanford, Florida, at 17 while on a visit with his father. The teen was unarmed and walking back from a convenience store with candy when he was shot by George Zimmerman.

Zimmerman was acquitted under Florida’s controversial self-defense law. The Black Lives Matter movement emerged after a Florida jury decided to clear Zimmerman in the shooting death in July 2013.

Sat Oct 10 , 2020
US Speaker of the House, Nancy Pelosi, Democrat of California, leaves after her weekly press briefing on Capitol Hill in Washington, DC, on October 8, 2020. Andrew Caballero-Reynolds | AFP | Getty Images Democrats in the House and Republicans in the Senate expressed opposition Saturday to President Donald Trump’s $1.8 […] 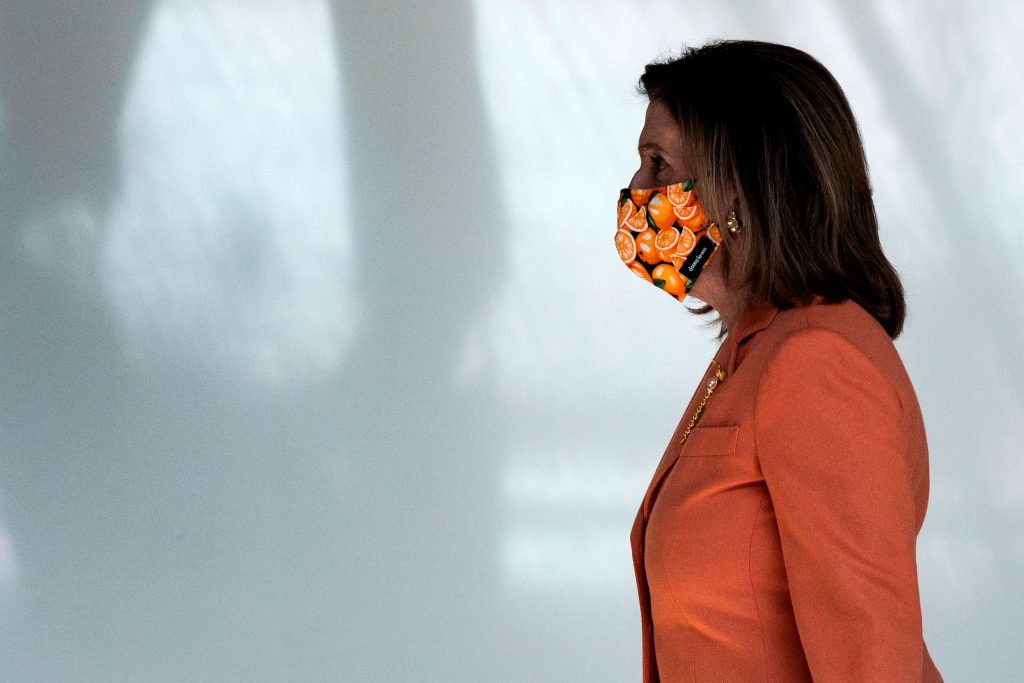