Mexico’s President Andres Manuel Lopez Obrador speaks during an official event to mark the beginning of the construction of a new international airport, at the Santa Lucia military airbase in Zumpango, on the outskirts of Mexico City, Mexico October 17, 2019. REUTERS/Gustavo Graf

“I assure you that this government intends to continue increasing wages by at least two percentage points above the inflation rate each year,” Lopez Obrador said in a letter to House Ways and Means Chairman Richard Neal, a Massachusetts Democrat.

Lopez Obrador said he has asked Mexico’s Finance Ministry, the Lower House of Congress and local lawmakers to increase the budget to “ensure that it is sufficient” to implement the labor reform.

Mexico’s Deputy Foreign Minister for North America, Jesus Seade, said the budget will be increased by some 23% for that purpose.

“Similarly, if more funds are needed to implement the proposed changes, you can be assured that I will take the necessary steps with Congress to guarantee the additional funds,” said Lopez Obrador.

Mexico’s finance and labor ministries have requested some $69 million in additional budgetary funds for 2020 to create new institutions and implement the reforms, including money for labor courts and conciliation centers, as well as training.

“I’m very pleased with Mexico’s demonstration of good faith and the details President Lopez Obrador has shared regarding Mexico’s plans and strategy for implementation,” Neal said in a statement.

After leading a U.S. congressional delegation to Mexico City on Oct. 8 to meet with Lopez Obrador and other top officials, Neal suggested Mexico was not doing enough to implement its labor reform.

U.S. House Speaker Nancy Pelosi said earlier in the day that lawmakers were getting closer to an agreement with the administration of President Donald Trump on revisions to the United States-Mexico-Canada Agreement (USMCA) deal.

“I can honestly say that I think every day we are becoming closer,” Pelosi said at her weekly news conference. “The issue is do we have enforcement. We feel very good about being on a path to yes.”

Pelosi added: “We’re not there yet because we don’t have the enforceability assurance that we need to have. While we have some good things in the bill, it’s only a list of good things unless it can be enforced.”

The USMCA, which would replace the $1 trillion North American Free Trade Agreement (NAFTA), risks getting bogged down in the 2020 U.S. presidential election race if U.S. lawmakers do not ratify it soon.

The deal was negotiated last year after Trump said the existing NAFTA deal was unfavorable to U.S. workers and businesses.

In a letter addressed to Pelosi, Lopez Obrador called for ratification “soon” so as to avoid having the electoral process in the United States “impede or delay” its finalization.

Thu Oct 17 , 2019
Chris Britt, CEO, Chime Source: Chime Chime, the leading branchless bank in the U.S., is in the midst of a service outage that has left millions of customers without access to their accounts. Issues cropped up Wednesday, leaving users stranded at restaurants, parking garages and gas stations, unable to use […] 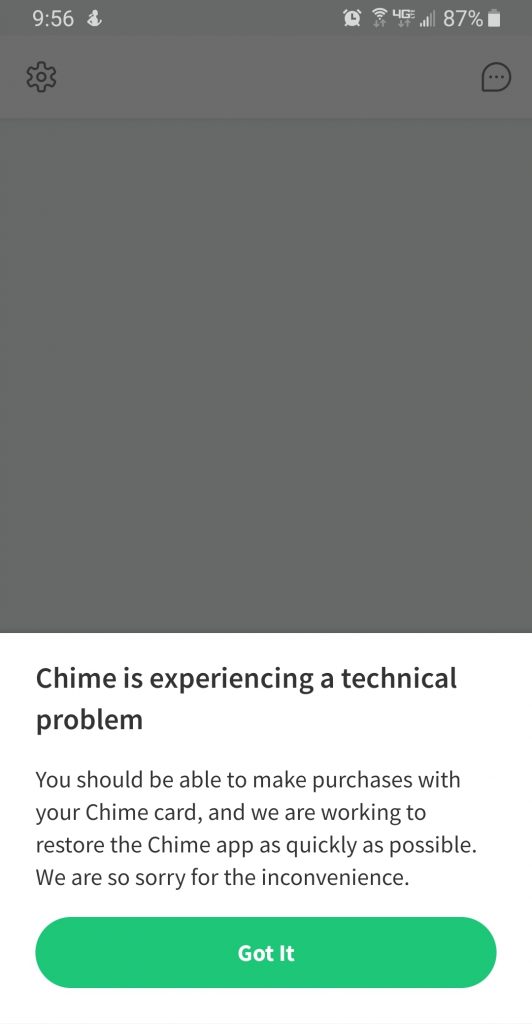