A SpaceX Dragon capsule carrying four astronauts splashed down early Sunday off the coast of Florida, the first nighttime splashdown for a U.S. crew in more than a half-century. That same capsule will make history again in the fall, when it carries the first all-civilian space crew into orbit for the Inspiration 4 mission.

“This is like totally sacred ground,” mission commander Jared Isaacman told CBS News’ Mark Strassmann above the Kennedy Space Center’s historic Launch Pad 39A. “Everyone who launched from the moon, launched from this facility.”

The launchpad has supported flights from the Apollo program to the Space Shuttle, and will now help take four Americans — a billionaire, a childhood cancer survivor, a science instructor and an engineer — into orbit.

Isaacman, a 38-year-old billionaire who dropped out of high school at age 16 to found a payments technology company, owns and flies fighter jets for a hobby.

When the new commercial era of space opened, he said he was interested as a potential customer. He chartered a SpaceX Crew Dragon space ship, which will orbit more than 300 miles above Earth — higher than the International Space Station — for three days.

The billionaire paid the company an undisclosed price for all four seats. Three have gone to complete strangers.

“When I found out that Inspiration 4 was gonna be the first all-civilian mission to space, well then there’s no chance that’s going to be a bunch of fishing buddies going on a joy ride. That’s something of significance, of responsibility. And we were going to make it really special,” Isaacman said.

Each seat will represent a human virtue — Isaacman styling himself with “leadership.”

He donated two of the three remaining seats to St. Jude’s Children’s Research Hospital in Memphis, Tennessee, which specializes in pediatric cancers.

Physician’s assistant Hayley Arceneaux is one of the recipients.

“St. Jude called me one day. They said they had something to talk to me about,” she recalled.

At 29 years old, Arceneaux would become the youngest American ever to fly in space.

“They asked if I wanted to go, and immediately I said yes. And then, you know, checked with my mom — she was on board,” Arceneaux laughed. “I knew just from that moment that it was absolutely something, like a dream I didn’t even know I had.”

In 2002 Arceneaux was a patient at St. Jude’s. She was 10 years old and being treated for bone cancer.

She recovered after chemo and surgery, with a titanium rod in her left thigh bone. She now works in the same hospital that saved her life.

Her seat in the capsule will represent “hope.”

Arceneaux said the plan was to call in to St. Jude’s young patients from space.

“They’re gonna see that somebody who was in their shoes, who also fought childhood cancer, can go to space. And I think that’s really gonna show them what they’re capable of,” she said.

Sian Proctor, who teaches science at a community college in Phoenix, said she thought her space dream was over after being passed over as a finalist for NASA’s astronaut program.

Proctor got a ticket to come aboard Inspiration 4 by winning a contest for entrepreneurs — her seat represents “prosperity.”

She said she would never forget the moment her dream of going to space was reignited.

“I make the analogy of either Willy Wonka and you open up the chocolate bar and there’s the golden ticket, or Harry Potter learning he’s a wizard,” Proctor said.

“I get to ride a Dragon into space.”

Chris Sembroski, a 41-year-old engineer from Seattle, won the fourth seat through an online raffle to raise money for St. Jude’s.

While Sembroski actually lost the raffle, his friend won and gave him the chance. That final seat will represent “generosity.”

He recalled the moment he found out.

“I ran upstairs after the call to talk to my wife and said, ‘Honey, I’m going to ride a rocket.’ And her response was, ‘What?’ And may daughter who was sitting there said, ‘That’s awesome. That’s really cool, Dad.'” Sembroski said.

The flight will make history — but Isaacman hopes it also makes money, as a fundraiser for St. Jude’s.

His goal is to raise $200 million for the hospital.

“We have a responsibility to take care of some of these problems here on Earth if we’re gonna go and explore among the stars,” he said.

Isaacman himself has already given $100 million to St. Jude’s.

“I know how lucky I’ve been in life. The ball’s bounced my way many times. Some of these families have been dealt a terrible hand in life,” he said. “So we’ve got to do something about it. That’s why it has to be such a big initiative.”

Tue May 4 , 2021
Check out what’s clicking on FoxBusiness.com. WASHINGTON — Under Armour Inc. agreed to pay $9 million to settle regulatory claims that it failed to disclose that it was pulling forward orders from future quarters, a practice that allowed it to meet Wall Street’s revenue estimates. Ticker Security Last Change Change […] 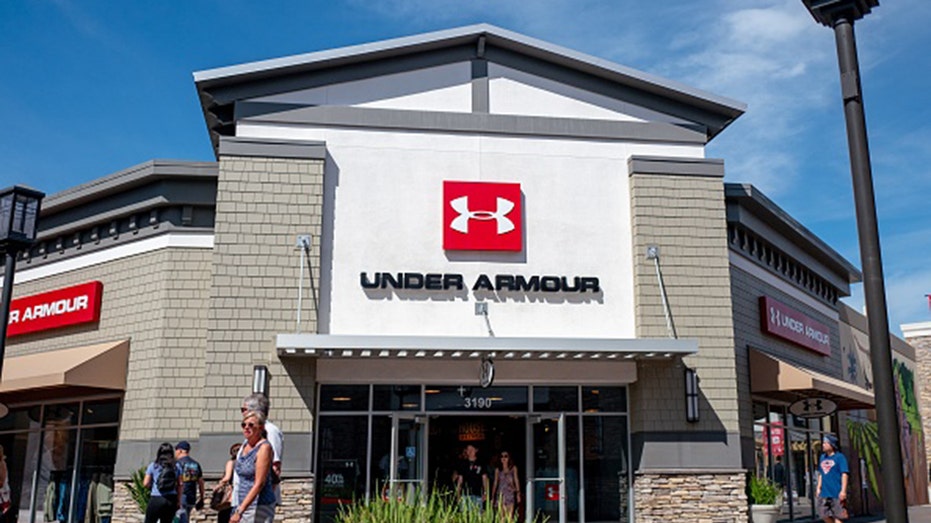