Social media posts — without evidence — have accused McDonald’s of taking down American flags in support of Black Lives Matter and antifa. The company says that is “not true.”

McDonald’s has recently faced backlash after social media posts accused the company of taking down American flags at their fast-food restaurants in support of Black Lives Matter and antifa, an umbrella term for far-left anti-fascism groups. The rumor appears to have originated from a Sept. 15 tweet by user @Ron4Trump38, and has since spread to Facebook with the call to action “#boycottMcDonalds.” The @Ron4Trump38 account is a self-identified “[t]ruther,” a title synonymous with conspiracy theorists.

In a statement to FactCheck.org, McDonald’s USA stated that the company “unequivocally stands behind the need for equality and social justice, and these rumors [about the American flag] are not true.”

On June 3, McDonald’s tweeted a short clip listing the names of Black victims of police brutality. Among other messages, the clip stated “we stand for them and any other victims of systemic oppression and violence,” and the company announced it would be donating $1 million to the National Urban League and the NAACP. However, the post didn’t mention Black Lives Matter or antifa.

It’s unclear why the social media posts have targeted McDonald’s, but there is no evidence for the claim that the fast-food chain removed American flags in support of Black Lives Matter and antifa. And the company has said the accusation is false.

The post McDonald’s and the American Flag appeared first on FactCheck.org.

Thu Sep 24 , 2020
Stocks rose slightly on Thursday as tech shares recovered some of their recent losses while traders weighed the latest batch of economic data. The Dow Jones Industrial Average closed 52.31 points higher, or 0.2%, at 26,815.44. At its session low, the Dow was down 226 points. The 30-stock Dow was also up more […] 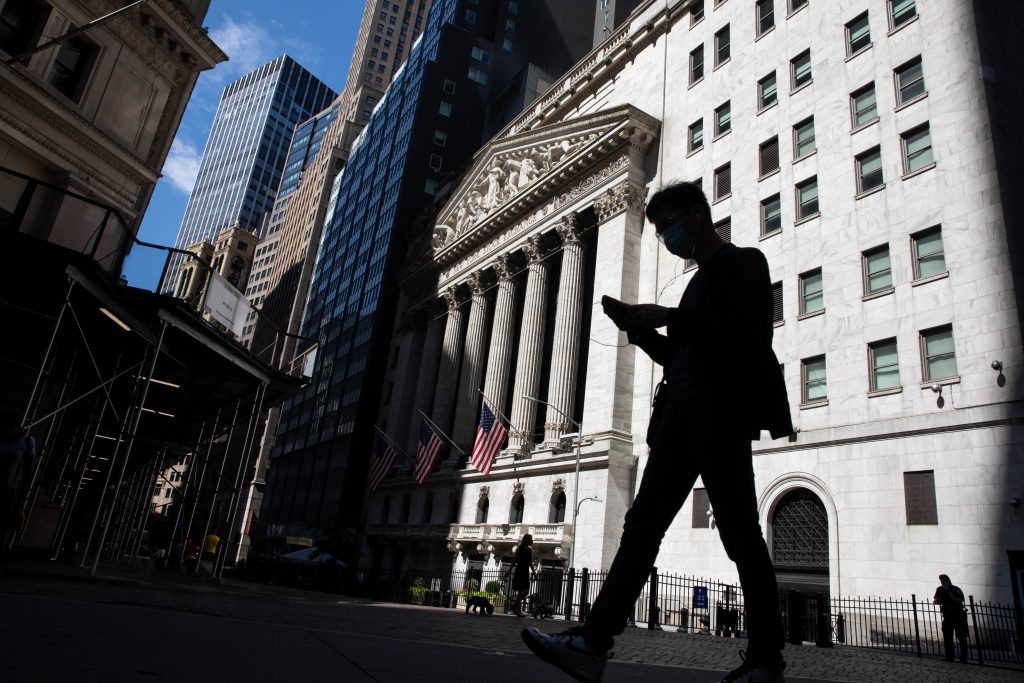