FILE – A line of Texas Department of Safety vehicles line up on the Texas side of the Rio Grande with Mexico visible, right, near an encampment of migrants, many from Haiti, on Sept. 22, 2021, in Del Rio, Texas. (AP Photo/Julio Cortez, File)

Large groups of illegal migrants are caught crossing the U.S. border in Texas. According to Rio Grand Valley Customs and Border Protection, 226 illegal immigrants were apprehended at a single crossing site within 24-hours. Border Patrol agents confirmed 126 migrants were recently caught in La Grulla, Texas and another group of 100 was detained at the exact same location a few hours later.

Rio Grande City agents are currently in La Grulla, TX with a large group of 100+ migrants.

Immigration officials are sounding the alarm, saying the number of migrants storming the border is rising exponentially. The majority of those are caught and released into the U.S. under the Biden administration’s policies.

In the midst of such events, Obama-era Department of Homeland Security Secretary Jeh Johnson is defending Biden’s handling of the border crisis. In an interview Sunday, he endorsed the policy of addressing so-called “root causes” of migration by sending U.S. taxpayer money to Central American countries.

Johnson also defended Biden ending the Title 42 rule, which barred migrants from entering the U.S. due to COVID-19. He also admitted the number of illegal immigrants crossing the border is rapidly increasing.

The former White House official also suggested the U.S. could open mandatory vaccination sites for migrants at the border, but he admitted it’s hard to force-vaccinate such large numbers of migrants.

However, Rep. Mike Rogers promised Republicans will use oversight powers to oblige Joe Biden to enforce border security. In a recent radio interview, Rogers said that it was time to shine a light on the actions of the administration. He said that the reason things are so bad, especially on the border, is because nobody is committed to oversight in Congress. Rogers said that will change when Republicans take back the majority. He’s confident the party will flip both chambers.

“The Homeland Security Committee will be all over this when the Republicans are in control,” he stated. “We’ll be dragging folks from all over the administration in and making them testify about what’s happening. Making them explain why they think they don’t have to adhere to the law. There will be a bright light shined on what they’re doing.”

The representative also said that the current influx of illegal migrants is draining schools and hospitals. He believes Biden has abdicated his duty to the American people.

Bitcoin falls below $40,000 for the first time in almost a month as investors assess global macro risks

Mon Apr 11 , 2022
A Bitcoin logo inside a BitBase cryptocurrency exchange in Madrid, Spain, on Thursday, March 17, 2022. Angel Navarrete | Bloomberg | Getty Images The price of stumbled on Monday as investors assessed the risks from rising rates and the potential for more tightening by the Federal Reserve. Bitcoin last fell […] 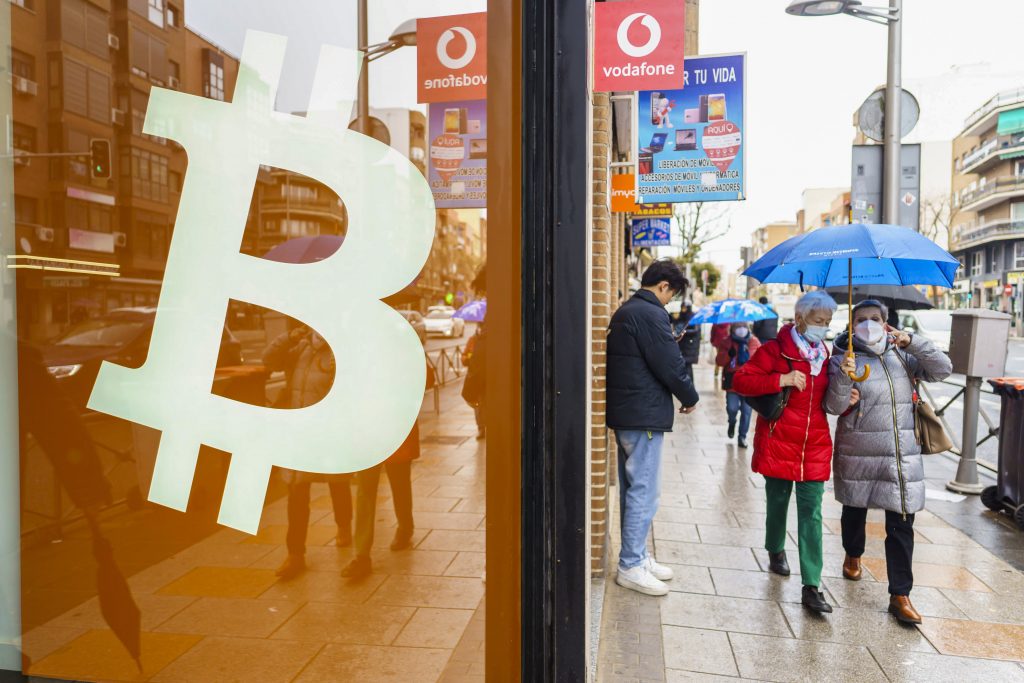