Kevin Daly should have felt great after losing than 30 pounds following open-heart surgery in 2015, but he knew something was amiss with his health. Despite the weight loss the 63-year-old from Hoboken, New Jersey achieved through exercise and a healthy diet, his protruding belly did not budge.

Up until then, doctors had told him what most older adults hear: weight settles in the stomach area as you get older and stubborn belly fat is tough to get rid of.

“But after the weight loss, to not lose an ounce in my belly, it made no logical sense,” Daly said. His doctors agreed and ordered some tests.

Daly underwent a CT scan at Lenox Hill Hospital in New York City in December of 2017. That’s when he got the harrowing news: “an extremely large mass” had invaded his midsection.

The mass turned out to be a rare cancerous tumor called a liposarcoma, which grows in fat tissue. Surgeons decided the best route of treatment would be to remove it.

From the initial scan, doctors estimated the tumor weighed about 12 pounds. But during the operation, they were shocked to see it was more than double that size and had wrapped around Daly’s kidney. It took six hours to remove the 30-pound tumor along with his left kidney. Daly’s story was first reported by the New York Daily News.

One of Daly’s surgeons, Dr. Julio Teixeira, said this was the biggest tumor he’s removed in his 30 years of practice and called the procedure a “once in a career event.”

Describing the mass’s weight, he said “It was one thing to see the picture. It’s another to have this massive, giant tumor in your hands.”

Daly recently had his three-month follow up MRI, which showed no signs of new growths.

“Everything looked great. I feel great. I’m now at 187 pounds which was my college weight and I have a flat belly, and being 63, that’s pretty incredible,” he said.

Teixeira said he is optimistic about Daly’s prognosis, though he will continue to be monitored for potential new tumors.

He also said this should be a lesson to others to be their own health advocate and advises talking to your doctor if you think something is off.

“Pay attention to signals in your body,” he said. “If your instincts tell you that something is wrong, you’re probably right.”

Thu Mar 29 , 2018
Russia has announced that it will expel 60 U.S. diplomats and close the American consulate in St. Petersburg in retaliation for the expulsion of dozens of Russian diplomats earlier this week by the United States and other countries over the poisoning of a former spy in Britain. Russia’s foreign minister, […] 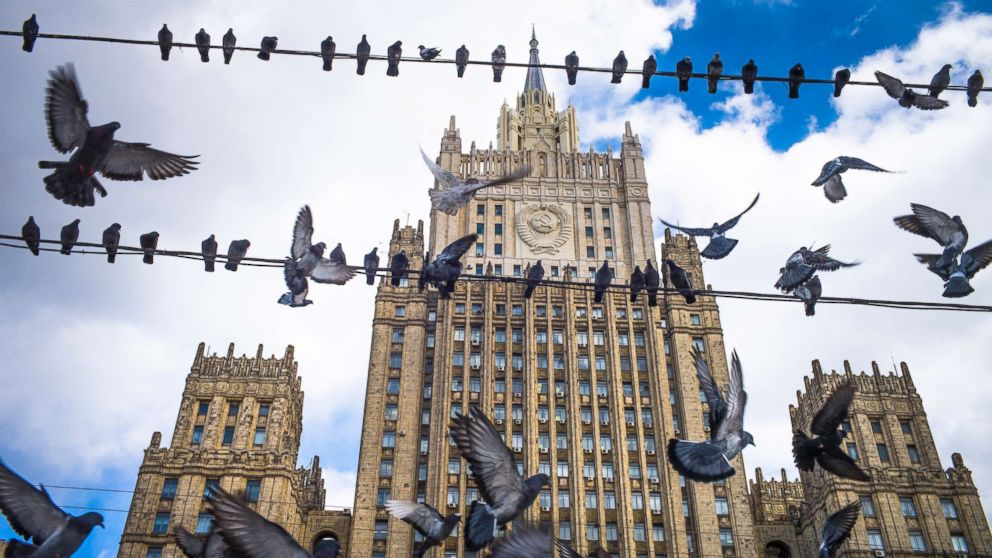