Graça Machel, an internationally-renowned advocate for equality and the widow of former South African President Nelson Mandela, told CNBC the response from global leaders to the Covid-19 crisis has been “inadequate.”

The global activist, who co-wrote a “Call to Action” open letter on the impact of the crisis on African women, was speaking from her home country of Mozambique where she has been based after visiting family shortly before South Africa closed its borders. Machel, who is also the founder of the Foundation for Community Development in Mozambique, specifically criticized the U.S. withdrawal from the World Health Organization

“President (Donald) Trump has been a leader who, to me, his logic is not only confusing, but it is also … like he’s swimming against the tide of where we should be going. (The) WHO now is the instrument which the whole of the global community is rallying around to get guidance, to get the direction of how we should deal with the pandemic, and that’s the moment he removes support to the WHO,” she said, speaking before Trump’s positive diagnosis for coronavirus.

Trump ordered a halt in U.S. funding for the WHO in April as his administration conducted a review of the organization. That review then outlined what the White House perceived as “repeated missteps” during the early stages of the pandemic. Trump has also previously cited what he called “the World Health Organization’s role in severely mismanaging and covering up the spread of the coronavirus.” A formal withdrawal from the WHO began in July.

“It doesn’t make sense to me,” Machel added. “But as you know, there has been lots of calls for him to come to (his) senses and to rethink and change his position,” she said.

A spokesperson for the White House wasn’t immediately available when contacted by CNBC.

The founder of the Graça Machel Trust, which is marking its 10th anniversary by launching new programs aimed at addressing inequality, also said she is deeply concerned about the pandemic’s impact on the issue, and on women and children’s rights.

“Just in a few months, we were taken back, some are saying something like a decade of the progress we have made, the gains have been eroded. And much more worrying is that the kind of responses which we hear about, they are blind as far as gender is concerned,” she said.

Machel believes that success can’t be achieved if women “are not sitting at the center of re-designing, re-engineering what kind of societies we have to build together post-Covid.”

The former freedom fighter and first minister of education in her native Mozambique has also uniquely experienced leadership as a first lady of two separate countries.

Previously married to Mozambique’s President Samora Machel before his death in a plane crash in 1986, Machel later became first lady of South Africa following her marriage to Mandela in 1998.

She told CNBC she had been fortunate to be very close to two “extraordinary human beings.”

“What they have taught me and what I take from their lives is this real ability to go beyond yourself and to dedicate your life to the common good, to create spaces and opportunities for freedom for all,” she said.

Thu Oct 8 , 2020
Vice President Mike Pence and Senator Kamala Harris squared off in the first and only vice presidential debate Wednesday in Salt Lake City, Utah. The two sparred over a number of issues including the coronavirus pandemic, health care, the vacancy in the Supreme Court, and climate change. CBSN political reporter […] 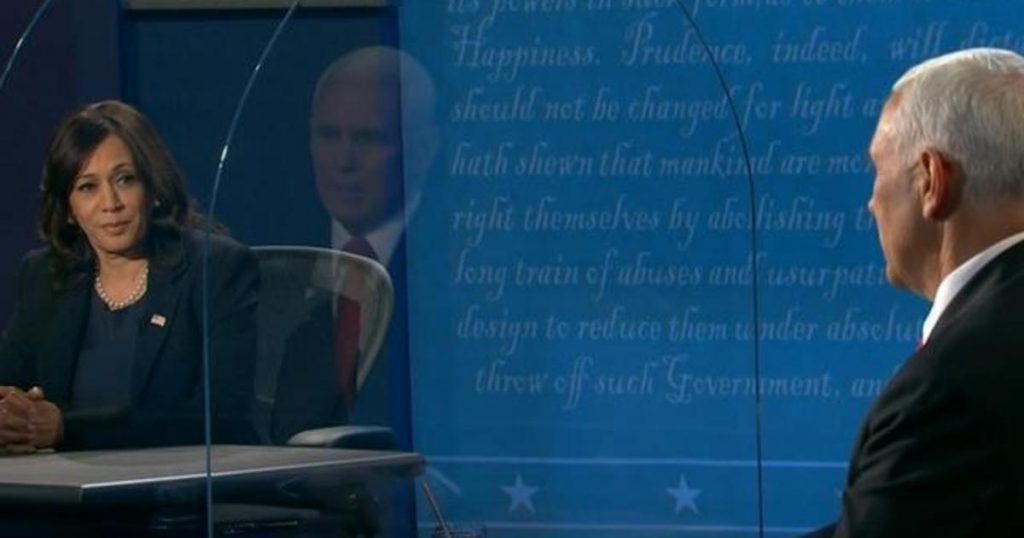