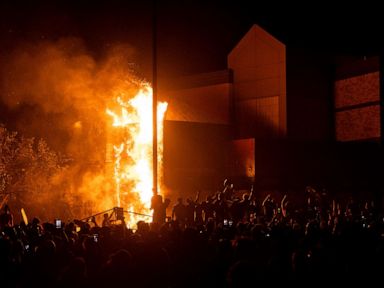 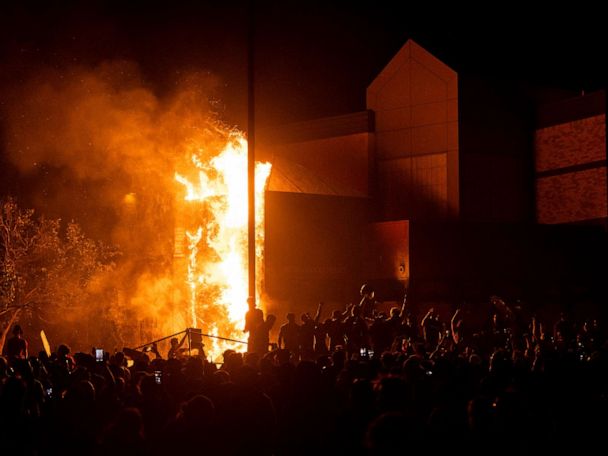 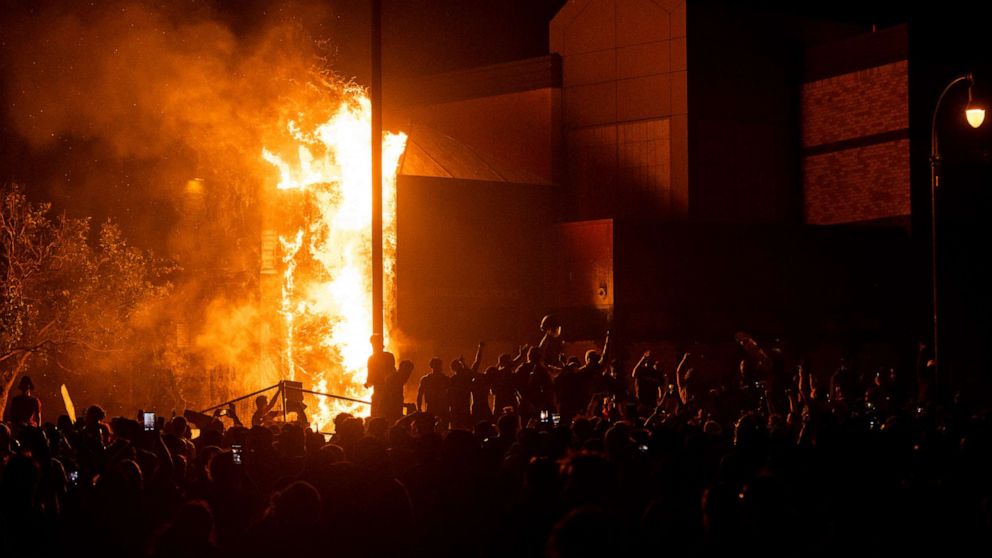 Dylan Shakespeare Robinson helped set a police building on fire in May.

A Minnesota man was sentenced to four years in prison for his role in setting fire to a Minneapolis police station during protests denouncing the police killing of George Floyd.

Dylan Shakespeare Robinson, 23, was sentenced Wednesday to prison time, two years of supervised release and was also ordered to pay $12 million in restitution, the District of Minnesota’s U.S. Attorney’s office said in a news release.

Robinson, of Brainerd, pleaded guilty to one count of conspiracy to commit arson on Dec. 15 for helping set the Minneapolis Police Department’s Third Precinct building ablaze on May 28.

A large crowd of protesters had gathered at the building days after Floyd’s death and on the evening of May 28 the crowd began shouting “Burn it down, burn to down,” according to the press release.

A fence surrounding the building was then torn down and Robinson, along with others, breached the fence and entered the building.

Robinson lit an object held by an unidentified co-conspirator who threw it toward the building “with the intent that it would start a fire or fuel an existing fire,” the U.S. Attorney’s office said.

That predict had been evacuated at the time of the protest, CNN reported.

“On the night of May 28, 2020, Mr. Robinson chose to depart from lawful protest and instead engaged in violence and destruction. The arson at the Minneapolis Police Department’s Third Precinct put lives at risk and contributed to widespread lawlessness in Minneapolis,” said Acting U.S. Attorney Anders Folk. “With today’s sentence, Mr. Robinson is held accountable for his actions.”

Robinson’s lawyer did not immediately reply to ABC News’ request for comment.

This case was the result of an investigation conducted jointly by the Bureau of Alcohol, Tobacco, Firearms and Explosives, the FBI, the Minneapolis Police Department, and the Minnesota State Fire Marshal Division.

Three others — Bryce Michael Williams, 27, Davon De-Andre Turner, 25, and Branden Michael Wolfe, 23, — have all pleaded guilty to one count each of conspiracy to commit arson for their roles in the fire at the Third Precinct building and will be sentenced at a later date, officials said.

The death of Floyd sparked national protests calling for the end of police brutality and racial injustice.

Former cop Derek Chauvin, who was seen pressing his knee into Floyd’s neck for more than nine minutes in a cellphone video, was found guilty in the death of Floyd on April 20. 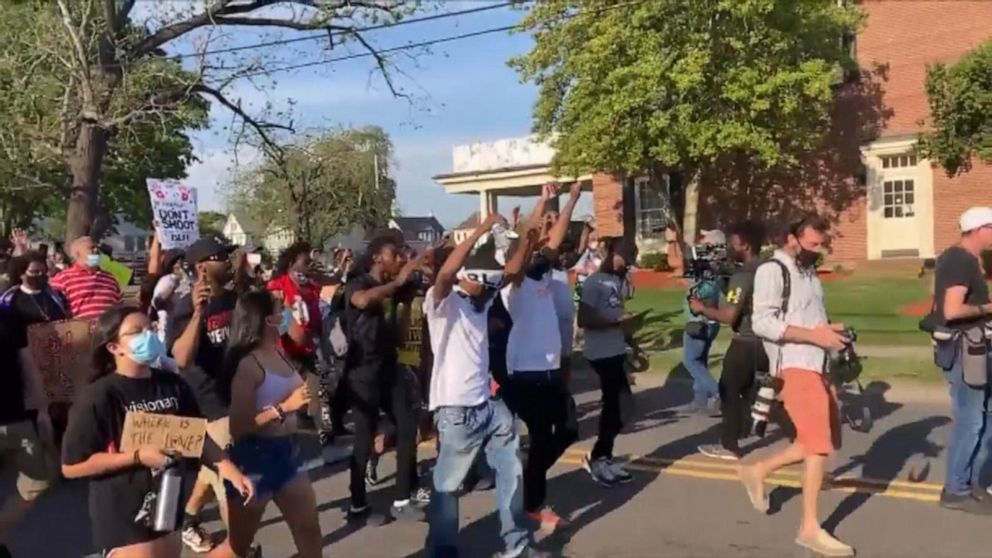