LONDON (Reuters) – U.S. buyout fund Blackstone Group Inc <BX.N> is expected to announce the merger of its majority-owned financial data firm Refinitiv with the London Stock Exchange Group Plc <LSE.L> within a week, but the deal is expected to face a long antitrust review before it can close, four sources told Reuters.

Negotiations on the $27 billion deal are at an advanced stage, with Blackstone, the LSE and Thomson Reuters Corp <TRI.TO> in broad agreement on the main aspects of the deal, the sources said, speaking on condition of anonymity.

A formal announcement could come on Aug. 1 when the LSE publishes half-year results, two of the sources said.

A merger would significantly expand the LSE’s information services business, which the bourse operator has been building as a more stable source of cash flow than its trading and clearing businesses, putting pressure on competitors including Intercontinental Exchange Inc <ICE.N> and Deutsche Boerse AG <DB1Gn.DE>.

A deal could however face some risks.

Antitrust regulators in Europe and the United States are expected to start an in-depth review which may last up to 18 months, the sources said.

In the European Union, the deal is expected to go into a Phase II investigation, two sources said, a more onerous review used only in deals where there are concerns it will have a major impact on competition.

The EU is expected to scrutinize if the deal will affect the price of financial data, one source said.

Investor groups in Europe have been lobbying for stock exchanges to cut the price of stock transactions data so that a “consolidated” feed of prices from different platforms can be created at a reasonable cost.

Blackstone and other Refinitiv investors will also face several share lock-up periods, with the first expected to last through 2022, depending on the length of the antitrust review.

Three sources familiar with the matter told Reuters that the private equity fund intends to press ahead with the deal having carefully weighed regulatory hurdles and the risk that LSE shares could fall sharply if Britain leaves the EU without a deal in October.

They said the deal has strategic merits and would not be a “quick flip” as the U.S. fund will keep investing in the combined entity for at least another three to four years.

“This is like a reverse buy-and-build strategy,” one source said, adding a merger with the LSE had been contemplated since the Refinitiv deal closed in October.

If successful, Blackstone will have roughly doubled the value of its original investment in Refinitiv in nine months.

It will then be able to gradually reduce its LSE exposure by selling shares as lock-up periods expire, the sources said.

One source said the deal has been discussed by the Thomson Reuters board, which was in favor of the transaction.

The company said on July 26 that a 30-year agreement for Refinitiv to license content from Reuters News, signed when Blackstone invested, would remain in place under the terms of the new deal.

The LSE has said it would pay for the deal with newly issued shares, turning Refinitiv’s existing investors into LSE shareholders who would own about 37% of the combined company.

Blackstone bought a majority stake in Refinitiv from Thomson Reuters last year in a deal valuing the company at $20 billion, including debt.

Blackstone agreed last year to grant Thomson Reuters warrants that would increase its 45% stake in Refinitiv to 47.6% if some performance metrics were met, three of the sources said.

Those milestones have now been achieved by Refinitiv, according to the sources. This means Thomson Reuters will secure a 15% LSE stake, while Blackstone and other minority investors, including Canada Pension Plan Investment Board and Singapore state fund GIC – which helped finance the Refinitiv buyout – will control 22%.

Refinitiv management will also get some LSE shares, the sources said.

Blackstone and Thomson Reuters are expected to have seats on the LSE board as part of a deal, though their combined voting rights will be capped at 30%.

Blackstone will have two board seats while Thomson Reuters will have one, the sources said.

Refinitiv boss David Craig will continue leading the financial data firm as an independent brand within LSE, the sources said.

Blackstone has hired Evercore Inc <EVR.N> and Canson Capital Partners to negotiate on its behalf, while Thomson Reuters is represented by Guggenheim Securities, they added. 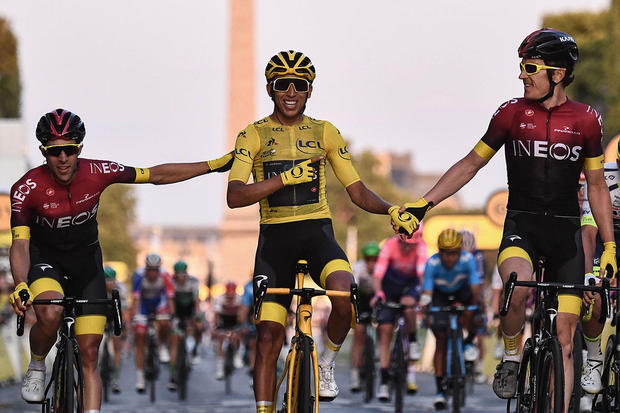