Tropical Storm Elsa made landfall in Taylor County on Florida’s Gulf Coast on Wednesday morning. The storm lashed the state with heavy wind and rain as it moved north. A Navy base in Georgia reported several injuries and damage to a campground after a suspected tornado struck the area.

The storm has been blamed for at least one death in the U.S. A Florida man was killed Wednesday when heavy rain and wind caused a tree to fall on two cars, officials said. At least three people were killed in the Caribbean before the storm hit Florida, according to The Associated Press.

As of 11 p.m. ET, Elsa was located about 80 miles northwest of Brunswick, Georgia, with maximum sustained winds of 45 mph, the National Hurricane Center said. The storm is expected to move over Georgia on Wednesday night then over the Carolinas on Thursday. Elsa is moving toward the north-northeast at about 16 mph, forecasters said.

Elsa strengthened into a Category 1 hurricane for several hours on Tuesday night before weakening into a tropical storm.

A tropical storm warning is in effect for a swath of the Georgia coast up into South Carolina, where significant flooding is predicted.

Thu Jul 8 , 2021
A worker wearing a protective mask, gloves and a face shield disinfects a checkout counter inside an Ikea store. Bloomberg | Getty Images As many as 22 million jobs have been lost in advanced economies due to the Covid-19 pandemic, the Organisation for Economic Cooperation and Development said Wednesday. The […] 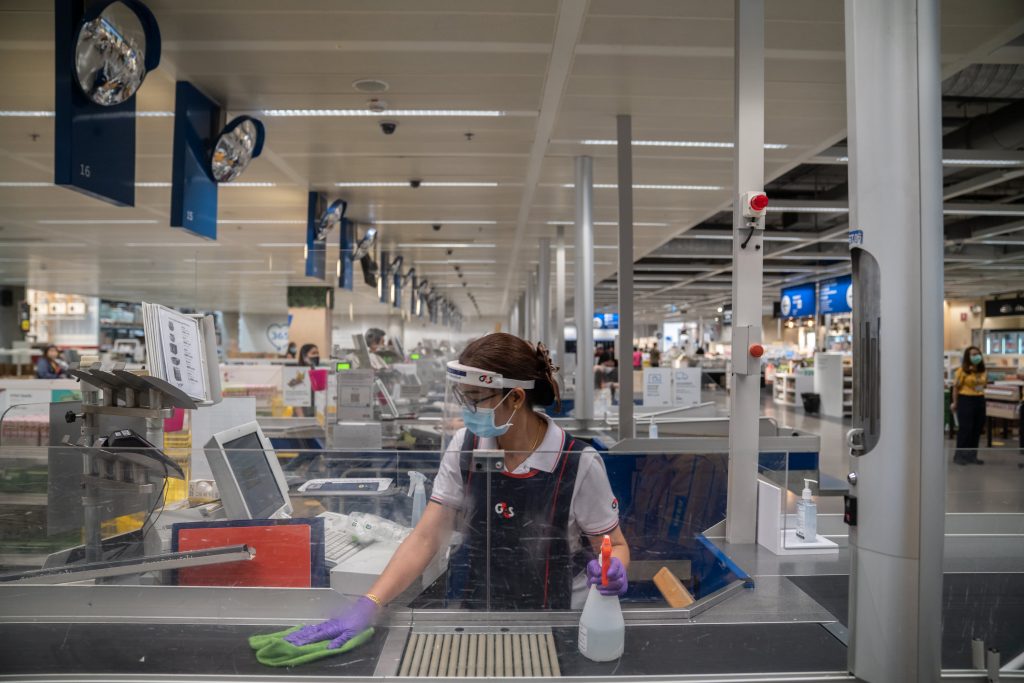