A trio of House Democrats plan to introduce articles of impeachment against President Donald Trump on Monday for incitement of insurrection following Wednesday’s riots at the U.S. Capitol, multiple sources familiar with the efforts tell CBS News. The articles of impeachment come on the same day Twitter suspended Mr. Trump’s personal account after reviewing the tweets and “the context around them” after the assault on the U.S. Capitol

The articles of impeachment allege Mr. Trump engaged in “high crimes and misdemeanors by willfully inciting violence against the government of the United States.”

Sources told CBS News that Mr. Trump does not plan to step down, but for the first time the White House has acknowledged impeachment is a real possibility, saying it would only further divide the country.  The White House on Friday called the articles of impeachment “politically motivated” and repeated Mr. Trump’s claims from the night before that he was calling for “healing and unity.”

House Speaker Nancy Pelosi said in a statement on Friday that it is Democrats’ “sincere hope” that Mr. Trump will “immediately resign.” But, she said that if he does not, she is prepared to move forward on Congressman Jamie Raskin’s 25th Amendment legislation and motion for impeachment.

In a one-hour call with Democratic lawmakers earlier Friday, Pelosi supported removing Mr. Trump from office, although a source on the call told CBS News her preference had been for Vice President Mike Pence to invoke the 25th Amendment. President-elect Joe Biden deflected when asked about it on Friday, saying it was “up to Congress to decide.”

The articles of impeachment have 150 cosponsors, a sign of the broad support among House Democrats to take action in the wake of the violence at the Capitol. It was authored by Representatives Ted Lieu of California and David Cicilline of Rhode Island, who began drafting it while sheltering in place Wednesday in the Capitol complex. They also worked with Raskin.

Democrats on that call were overwhelmingly supportive of the effort, with just one, Oregon Representative Kurt Schrader, arguing that such a move would be too divisive for the country.

Pelosi also said Friday that she had spoken to Joint Chiefs of Staff Mark Milley about precautions that could be taken to prevent “an unstable president from initiating military hostilities or accessing the launch codes and ordering a strike.”

A spokesperson for Joint Chiefs chair Mark Milley confirmed the call happened, and said he answered her questions about the process of nuclear command authority.

Pelsoi says Trump should be prosecuted

Fri Jan 8 , 2021
Speaker of the House Nancy Pelosi said nothing is off the table when it comes to how President Trump will be dealt with following Wednesday’s riot at the Capitol. Just two days removed from having her own office ransacked by the rioters, who were spurred on by the president, Pelosi […] 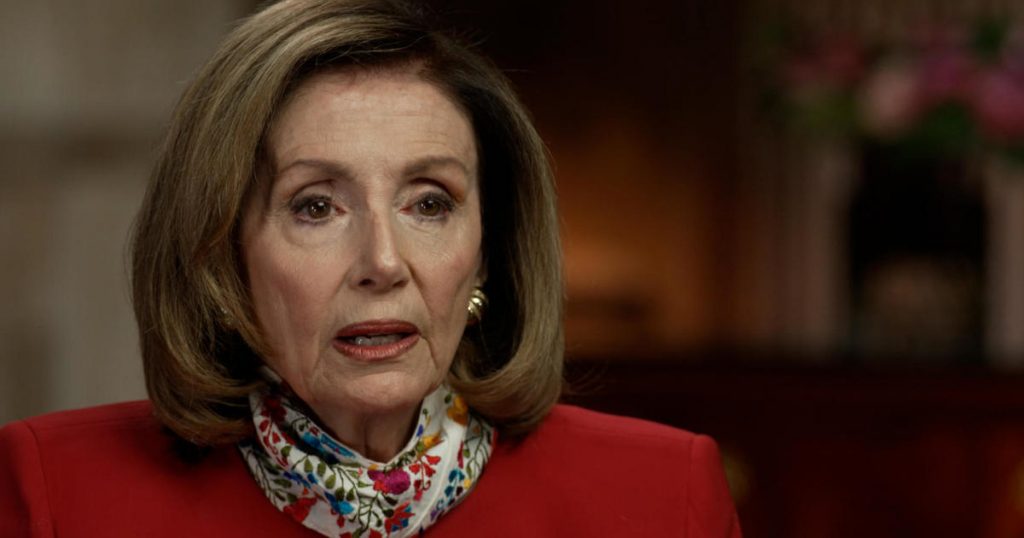