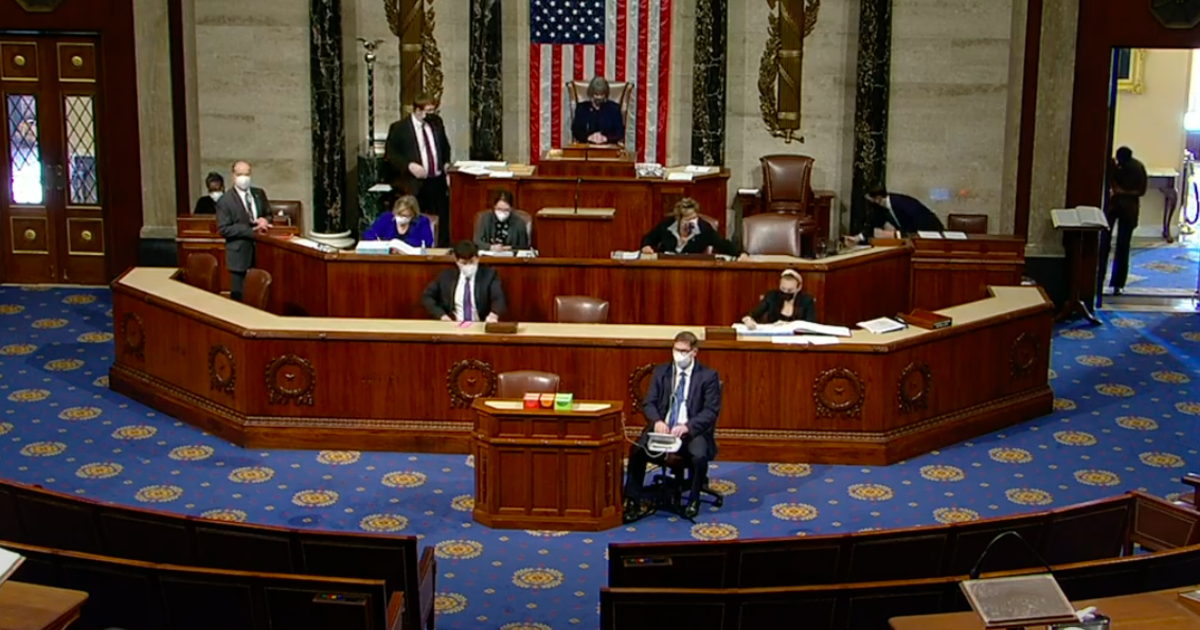 Washington — The House is debating the impeachment of President Trump ahead of a final vote on Wednesday afternoon, a week after a violent mob of Trump supporters attacked the Capitol. If it passes, Mr. Trump will be the first president in American history to be impeached twice.

The resolution includes a single article of impeachment accusing the president — who has just days left in office — of “incitement of insurrection,” and says he “gravely endangered the security of the United States and its institutions of government.”

“We know that the president of the United State incited this insurrection, this armed rebellion against our common country,” House Speaker Nancy Pelosi said, beginning two hours of debate split evenly between parties. “He must go. He is a clear and present danger to the nation that we all love.”

Some Republicans in Congress have started to break with the president. At least five of them, including Congresswoman Liz Cheney, the third-ranking Republican in the House, have said they will vote to impeach him.

“There has never been a greater betrayal by a President of the United States of his office and his oath to the Constitution,” Cheney said in a statement on Tuesday, accusing the president of inciting violence among his supporters.

House Majority Leader Steny Hoyer told reporters that up to 20 Republican representatives could side with the Democrats and vote to impeach the president.

Hundreds of National Guard troops are stationed throughout the Capitol in anticipation of the vote, and the threat level remains “very high,” a defense official told CBS News.

The president has declined to take any responsibility for the deadly assault that left five dead. He has claimed his speech to supporters before they stormed the Capitol was “totally appropriate.”

Pelosi thanks National Guard, says Trump 'clear and present danger to the nation' as she calls for impeachment 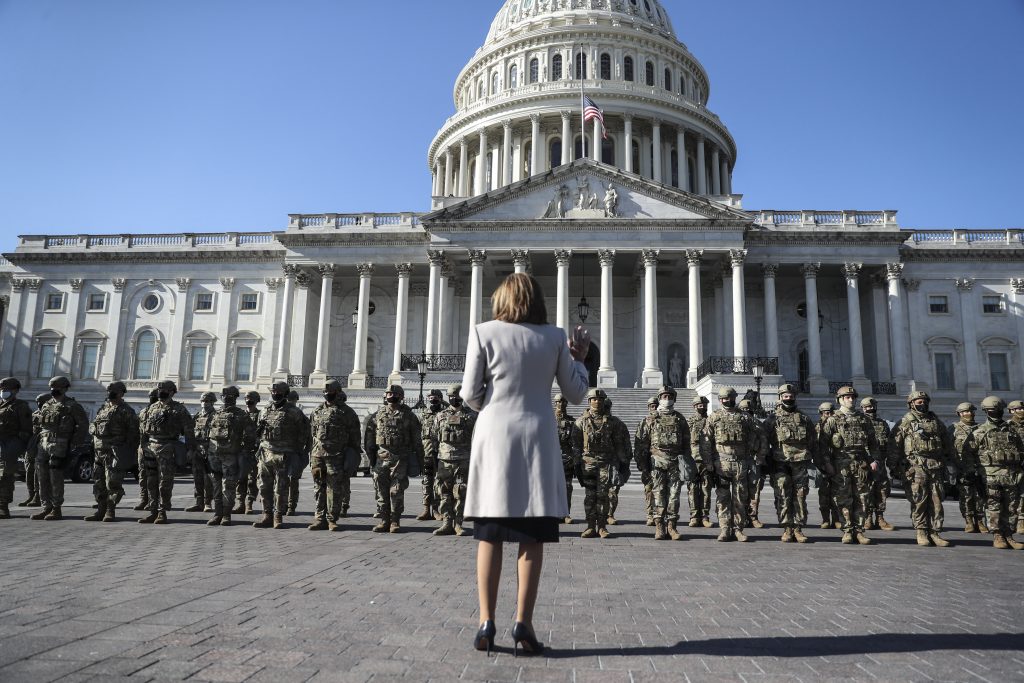